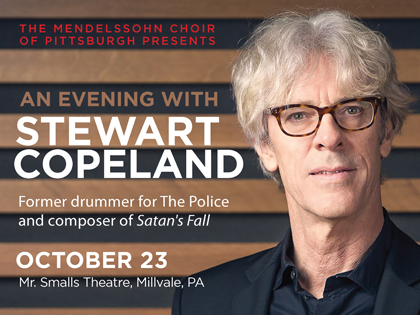 Went over to Mr. Smalls in Millvale today to get Stewart Copeland, drummer for the band The Police, to sign this Funko figurine which you can see I was successful. 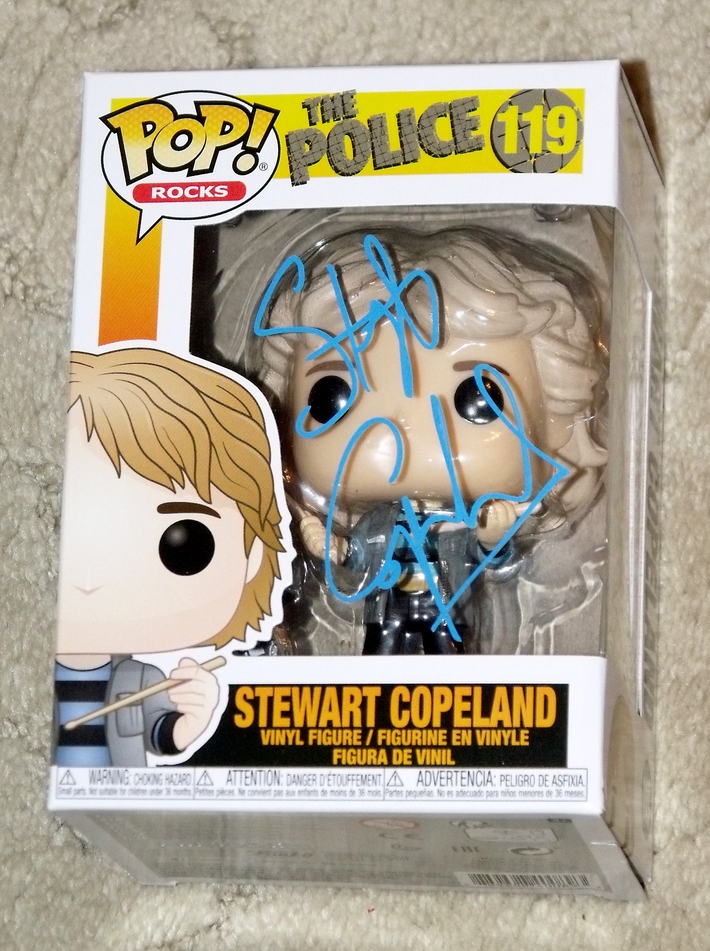 Got there a little before noon, my usual arrive early just in case routine, and it was a good thing because at 1PM, a little over an hour later, he arrived.
As he was walking across the street I asked him if he could autograph it for me.  As usual I was the only one there.  He looked at it and jokingly said “Aren’t you a little old to be playing with dolls?” and I answered back that it was for my Goddaughter....a Christmas present.  He then jokingly said “That’s what they all say.”
As he took it from me he then said “What’s her name?”  I seen a personalizing coming but he took my marker too and went to sign it on the top of the packaging but I stopped him and asked him to sign it on the front of it as you can see.  He must have forgotten about asking me her name because he said no more about it and just signed it for me.
I then thanked him glad that he had forgotten about adding her name....and then left and got back in my car to start back home.  What I also was glad about was that I only had an hours wait for him to arrive instead of all afternoon.  It was a perfect day.

I have a first pressing of The Police's debut single "Fall out" I would like to have Stew sign.

I don't know where you are located but he is going to be at The Roxian in the Pittsburgh area for 2 days in February.