Earlier today I started a discussion about a Bob Marley signed «Uprising» LP that I bought recently – see link below:

Before and after buying the album I did a lot of internet digging and discovered that there are very few Marley signed LPs around. Given the relatively low numbers and to make better use of my many hours of research, I thought it would be good to start a Bob Marley signed LP census, similar to the Beatles’ one already on this site. I have called it "census - 1" as I'm not sure if it is possible to revise the text of an original post once it is posted and new threads may be needed for updates.

In getting the ball rolling, my methodology has been pretty simple. I have been through the published sales records of as many trustworthy auction houses as I could think of. As all have had at least one signed LP all the auction houses I looked at are mentioned below.

In the census I have not included a «Babylon By Bus» LP that was signed on the inner sleeve such that the signature was not visible through the bus window cut-outs. I also excluded a Marley-signed reggae compliation LP that only included some Marley tracks.

My results are set out below. Details of the relevant auction houses and sale dates/prices are given for reference purposes and to avoid possible double-counting if other LPs are proposed for inclusion. The prices are as listed by the auction houses; presumably the round figure £ amounts do not include buyer’s premium, whereas the $ amounts do. If an LP has been sold more than once it is listed under the most recent seller's name:

The total number of signed albums found was 24, excluding my recent acquisition and a «signed album» sold by Sotheby’s in their sale of 12 June 1999 (no further details available). It could be argued either way as to whether the window-signed «Babylon By Bus» LPs truly count as signed LP covers.

Even if some of the signed LPs are forgeries, and I have my suspicions in a few cases, it seems certain that there are more than 20 signed LPs, contrary to the «less than 20» that Iconic Auctions refer to in their listings.

It is interesting is that:

Given the relatively low number of signed LPs it would not be a mammoth task to include images of them. I could do this at a later date if desired.

Do members have or know of other likely genuine signed Marley LPs that have been sold at auction or privately? Please provide as many details as possible (e.g. auction house, sale date and price). 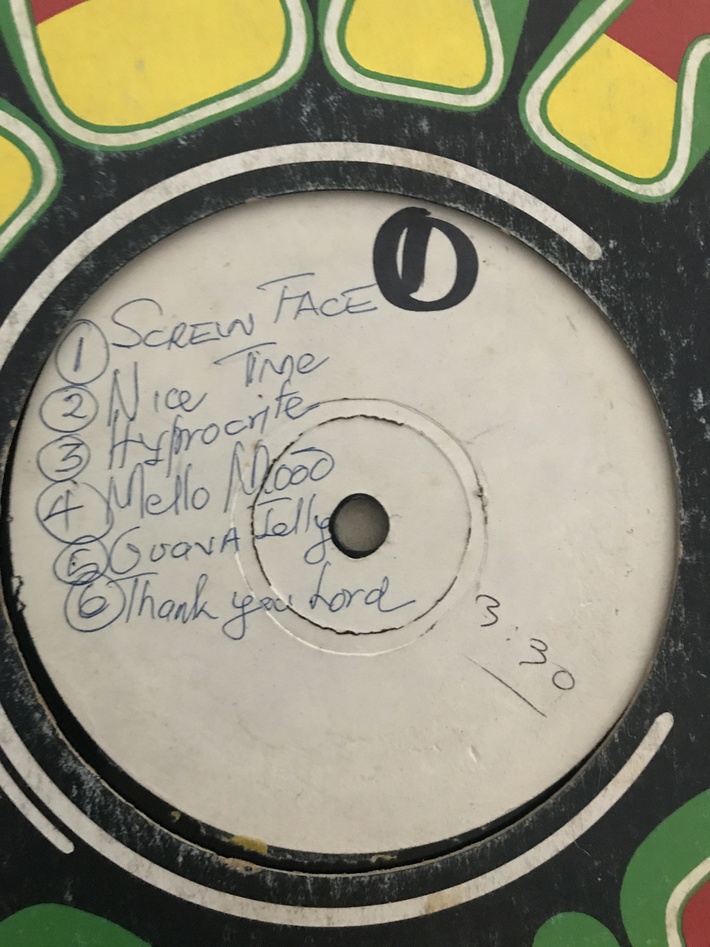 I got this Record Bob made a private press in 1979 for his friends he pressed only 10 call Immortal Classics of his old songs that he didn't release. I have  asked some of his crew Neville Garrick and they are pretty sure it’s it’s handwriting on the label the pen not the marker. I wanted to share and get your opinions. The other photos are at the bottom. But if you look at the word Mood on Mellow mood you can see he makes the M like how he signs it and from that he changes it. Also look at the pattern its so all over the place and if you compare that to know lyrics etc it really fits the pattern.

I'd say the second upload attachment stands a better chance of being Bob's handwriting than the first as there are far more recognisable letter formations in it. I can see your point about the "M" in Mood within the first example but his "M" is usually much more angular. Perhaps his autograph M differs from his  more deliberate printed-style M.

I just got this from the archivist from JAD records. It’s the original cue sheet from 1968/69 ish. Was wondering if just the titles you guys think is Bobs handwriting. The black ink only? I bounced it off some people. Some say yes some

say no. I also put a Bob handwritten set list from 1976 to compare. The set list comes from the estate. 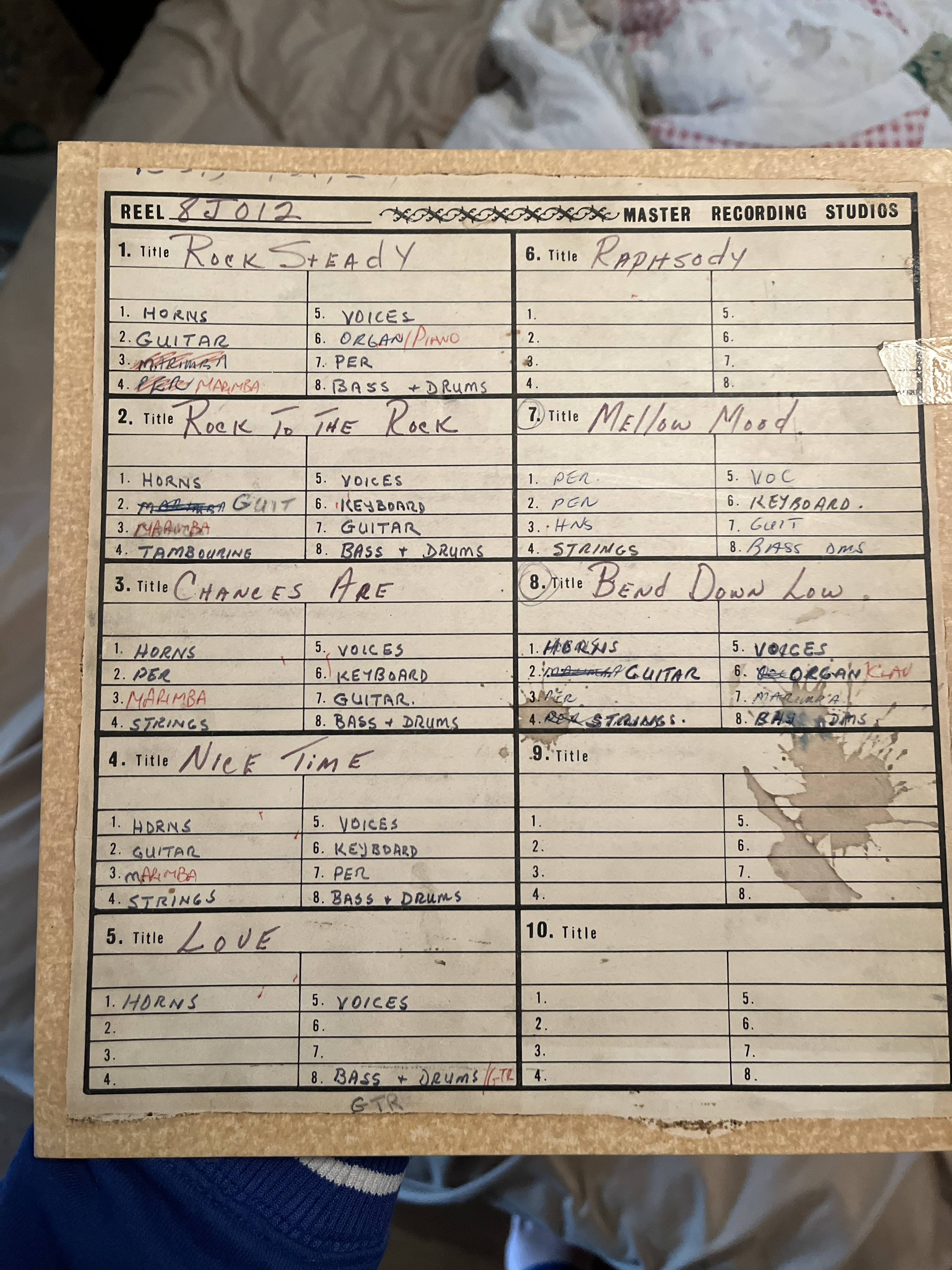 Very difficult to say. Some letters look similar (e.g. R and B) and others look different (e.g. T and Y). The cue sheet letters do have the light feel of Marley's handwriting somehow. That said, I don't know whether musicians often write their own cue sheets. 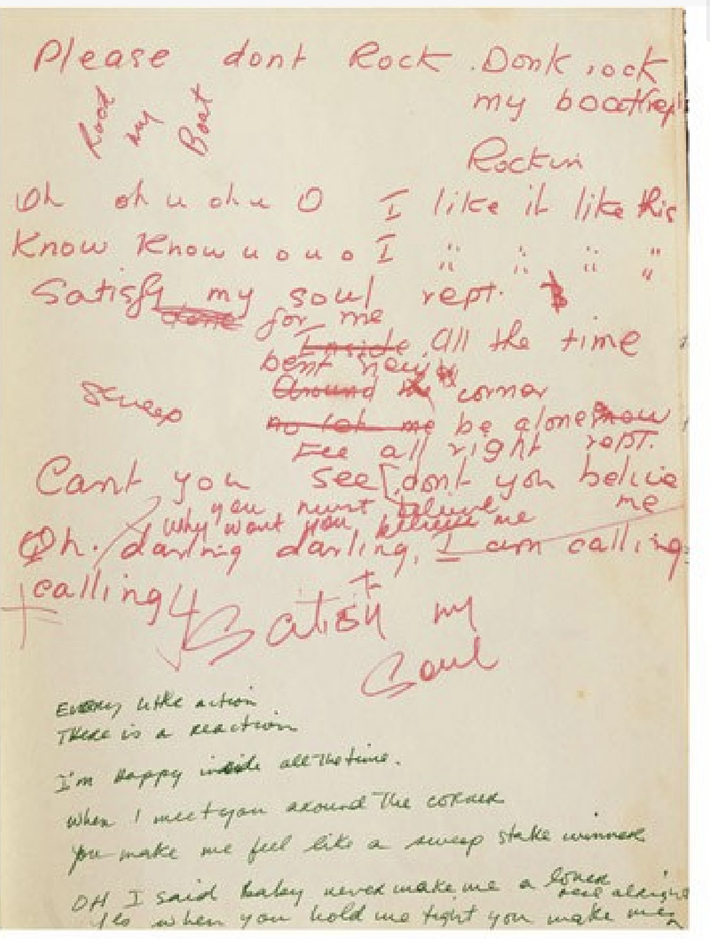 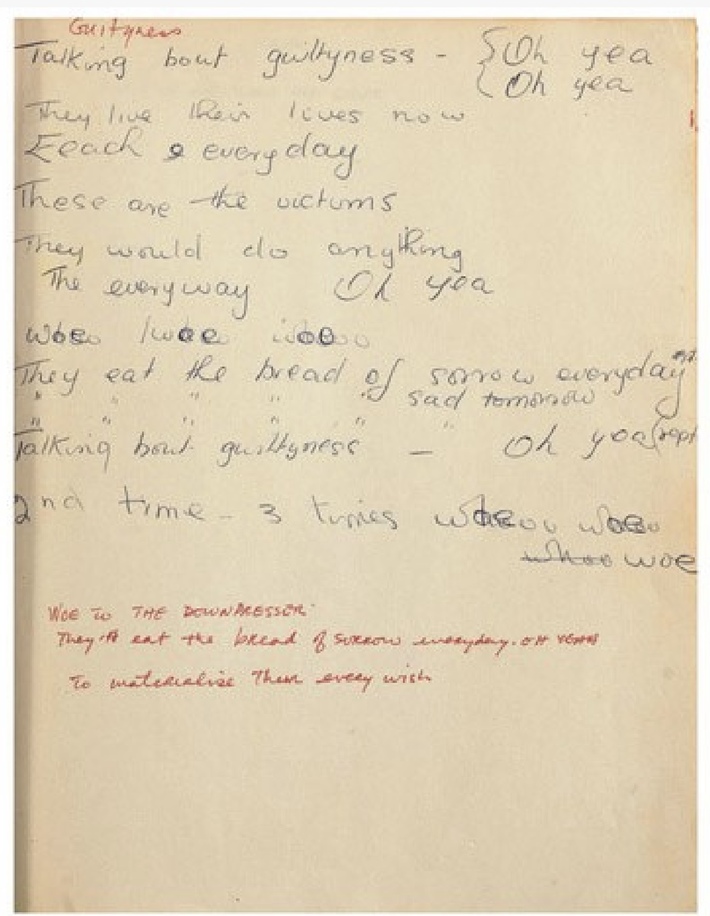 Now there is a 2 handwritten lyrics by Bob in 1977 but the T looks similar. Also this tape box was done in 68 he’s not a super star with multi engineers. He would be taking the tape home and writing the song title on the box maybe. I’m still not sure but thought I give you some more examples.