I have some questions about the following Bruce Springsteen signatures. I am fairly new to his signature, but after seeing Blinded by the Light the film have become quite the Springsteen fan and saw him on the River tour in 2016. I was hoping someone would be able to help me determine the authenticity of these items. I have contacted most of the sellers and have been provided with letters of authenticity for two items but I still question the CO letter of authenticity as I have never heard of that company before. 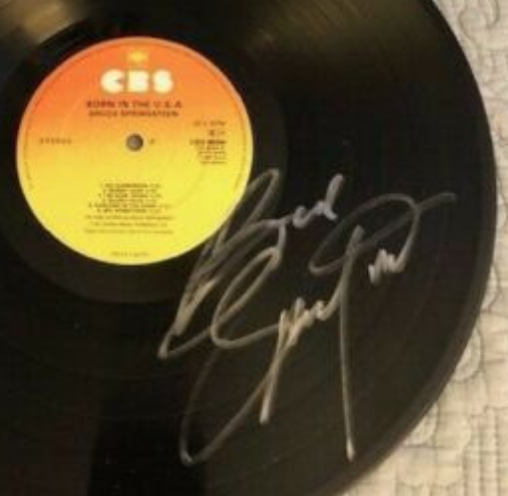 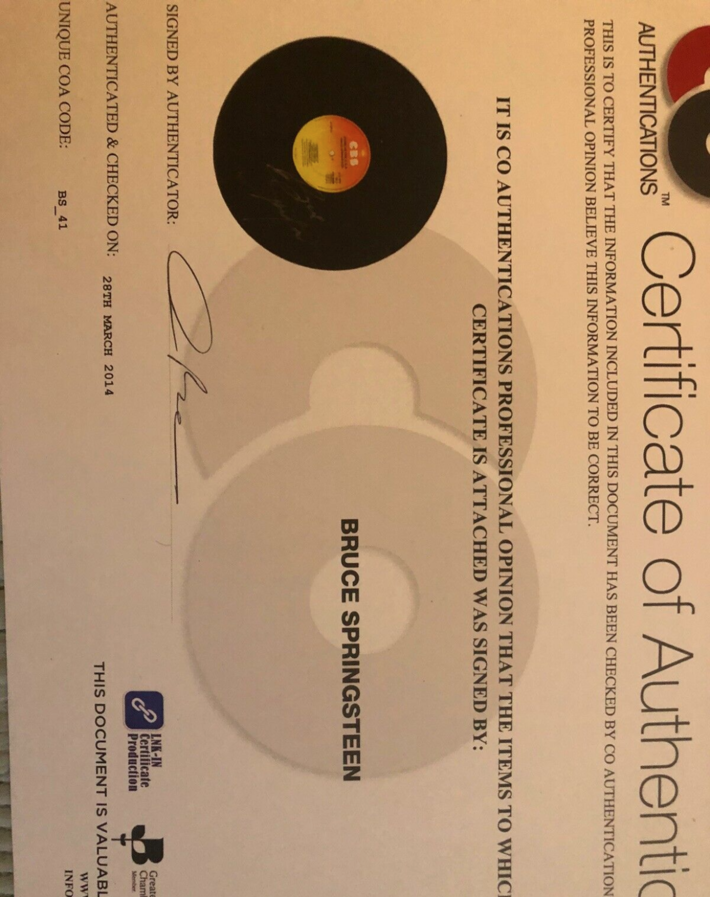 This one the owner claims to have been gifted to him and claims it was signed the week of his 2013 Hyde Park Concert and was gifted to him after as he was a senior management officer at he sound production company that operated at the concert. It failed a Quick opinion but it does have a COA so really not sure what to think. The Ashbury Park one failed a PSA DNA Quick Opinion but I know that these are often not trustworthy and the owner claims to be selling on behalf of a larger collector and was obtained from an auction of Bert Paddell former accountancy in 2013 but I can't find any proof of such an auction, any thoughts on the autograph? 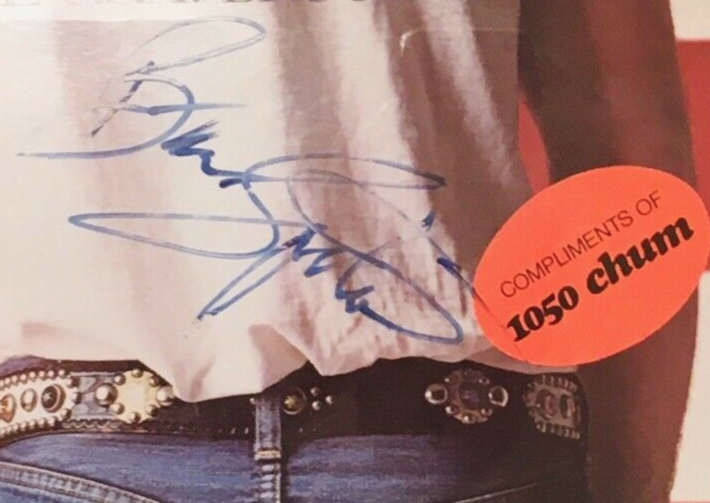 I have no doubt over the authenticity of this one but does the sticker take away from the value of the autograph? 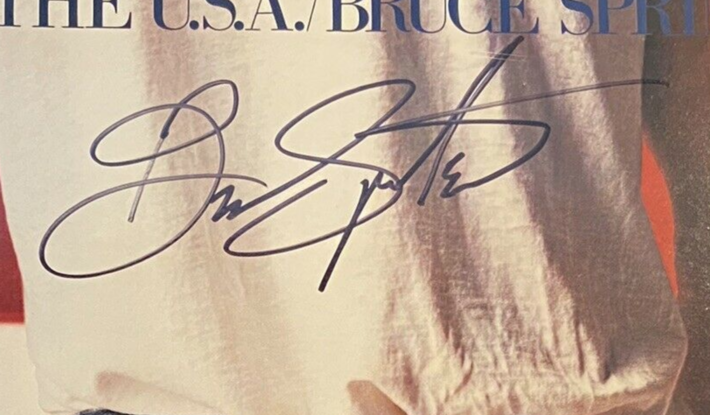 I have serious doubts here as I have never seen Bruce sign so small or this sort of way but the owner is willing to provide a refund if it fails an authenticity test and pay return shipping, so didn't know if it was worth a gamble 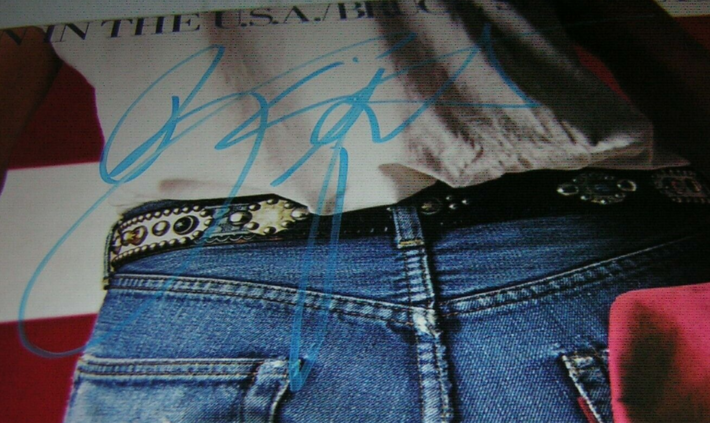 I origninally purchased this one but was refunded before he sent it as it failed a PSA quick opinion and figured it was easiest to leave it. But any opinion on this one is also greatly appreciated.

Finally I found some on autographauthentication.com but I believe this site to be fraudulent, anyone have experience with that site?

If anyone could help me this would be massively appreciated, thanks everyone

Sorry to say I do not have confidence in the authenticity of any of these pieces.  All sigs look off and the certificates are either dubious or are issued by unknown commodities.  Plenty of good Springsteens out there....no reason to settle for junk.

Hi Charley, thanks for getting back to me on this one. Do you even believe the one that has the UACC letter of authenticity to be a fake? I know there's plenty out there but I'm not sure what a standard price for a Springsteen is, any advice?

I don’t care for any of these either.  Forget about the COA, judge it on the signature.  Any fool can make a COA.

Where are you finding all these fakes?  I bet on eBay where are listed cheaply.  You're not going to get a Springsteen signed album for less than 350 bucks.  Stick with the ones certed by a company you've heard of.