this is tonight at 730 eastern time and may be worth tuning in to, sounds like they might have some new stuff and good prices anyway. I heard mostly Country names but some big names nonetheless

My philosophy is that if I'm going to be addicted to something (in this case, collecting signed books), better to make it something that's educational and that I can learn from.

Interestingly, that "addiction" has helped me a few times. Without naming names, I have a friend who used to run in Canadian olympic sport back in the day, and had known him for years. I ended up finding a copy of a book he signed where he told an anecdote about giving a group of children in another country the shirt off his back (plastered with sponsor logos) because he realized he'd made his sport all about himself instead of others, and relayed this anecdote to him at a party. He was surprised and impressed that I was aware of the story and the signed book(s).

The field is more wide open than ever, and even with all the pitfalls, there's plenty of opportunities to take advantage of as a collector.

Just an update that TSL resolved my issue on the unsigned Densmore book- I received a signed copy today without having to send the unsigned one back. Appreciate the resolution.

Double check it because the one I got from them was autopenned.

Appreciate the heads up. Here’s what I got- what do you think? 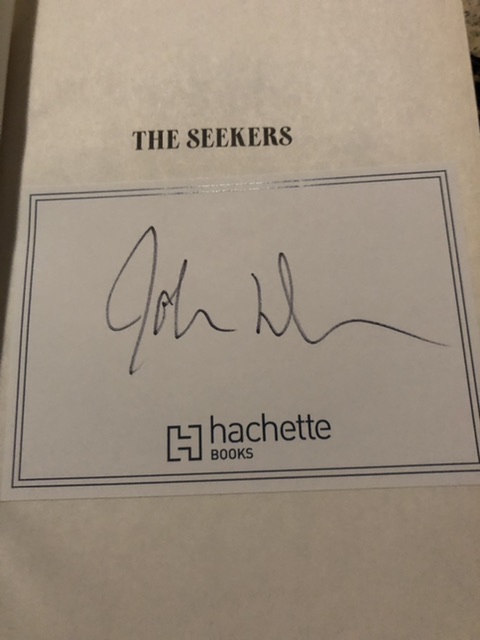 Sorry, my bad. That looks real. The one I got that was autopenned was Kriegers.

No worries…yeah, I knew about the Krieger issues but was late getting to this one so didn’t know either way.

Looked ok when I first got it but was really only focused on whether it was a signed copy lol…looks good though when comparing to what’s out there.

Just got this today about the missing Scotty booklet. If you haven't contacted them yet I would.

Apologies for the wait.

We just received notice from the distributor today! They had reached out to the artist to request an extra autographed booklet for you (as they were out of stock). Once they receive it, they will ship it out to you and we will forward the tracking number to you when they provide it.

Thank you for your patience. Please let us know if you need anything else in the meantime!

Yeah, I wrote them last week and just said that I guess we are just supposed to accept the fact that we were false advertised by Talkshoplive yet again and got that same exact message back. I'm about done with them.

Got the Scotty McCreery autograph on a postcard today. Not the signed CD as promised. Not happy about it.

Yeah mine showed up too and definitely wasn't happy to see a postcard, but as I said, I had already written it off as a loss and wasn't expecting anything so I guess it's better than nothing.

Oh that’s a bummer, because the ones I got were signed booklets from Scotty