So I was able to get my hands on this nice piece of Elton memorabilia last year.  I knew right off the bat that for a modest price, I was purchasing a real Elton signature on a promo photo. It is inscribed to a lady named Elizabeth and it says: "Dear Elizabeth, Thank you so much for the shirt. A very sweet thought. Love, Elton x".

By looking at the quality of the photo, you can tell it did not age well due to poor proper care by Elizabeth (or another careless owner), as it was either exposed by humidity or water presence as seen by traces of dried water spots and of a colored item of some sort which transposed or tinted the photo in an aqua-ish color. Regardless, it was a bargain for me because one hint of its authenticity, besides the early "Elton" signature style, is that the photo surely belongs to an older era.

And to tell you the story of the photo is pretty self-explanatory as explained to me by the seller:  Elizabeth was a fan of Elton, she enjoyed sewing and the art of manual crafts, and made an "eclectic" shirt and gifted to him. Not sure of whether of his liking or not, he thanked her by sending her a signed promo photo.

So in summary, my question is not about the authenticity of the photo, but rather who's handwriting is on the manila envelope. Any experts here (Richard *cough cough*) could tell me if the envelope's sender is actually Elton's handwriting? 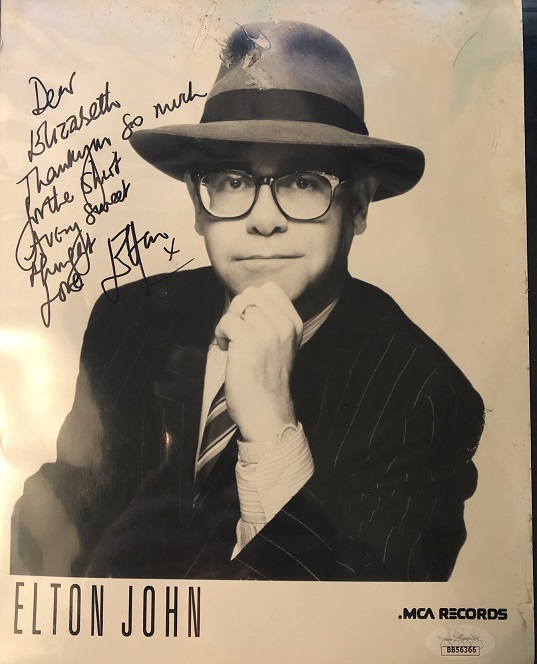 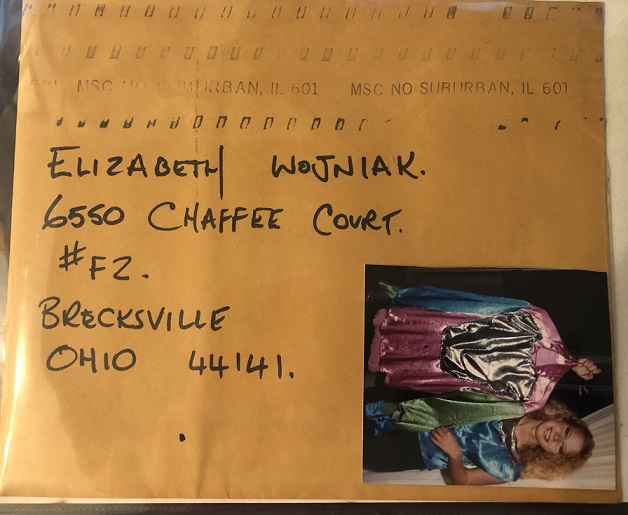 the envelope isn’t eltons handwriting. it’s way too neat and not his . i have one that he wrote an envelope and it’s much different his handwriting. really not that big of a loss for you on this one

Beautiful signed photo and as Brian mentioned, the envelope is not by Elton’s hand. All the best!

Thank you Brian & Richard for the expertise.