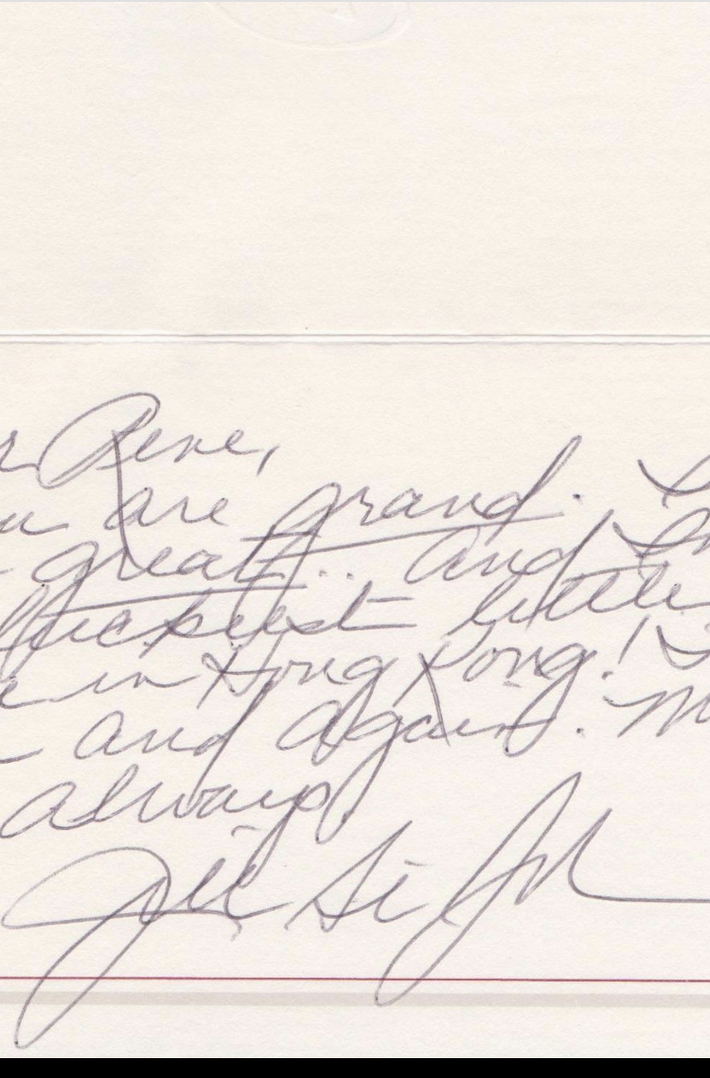 I don't think so.  For comparison, here is the signature from a 2 page "Francis Albert" letter I have in my collection from 1980. 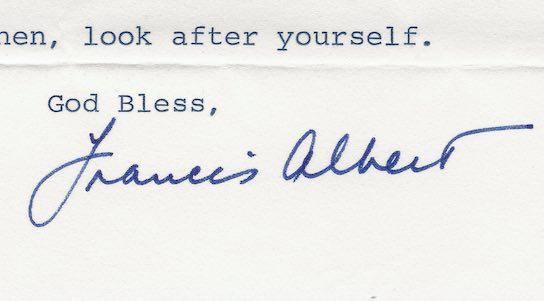 And here's an example on a letter he wrote to Mia Farrow, presumably in the late 1960's. Another example in a letter sent to George Bush in 1990 (note the F and R in "Frank" are now connected, and the T in "Albert" has slightly evolved): 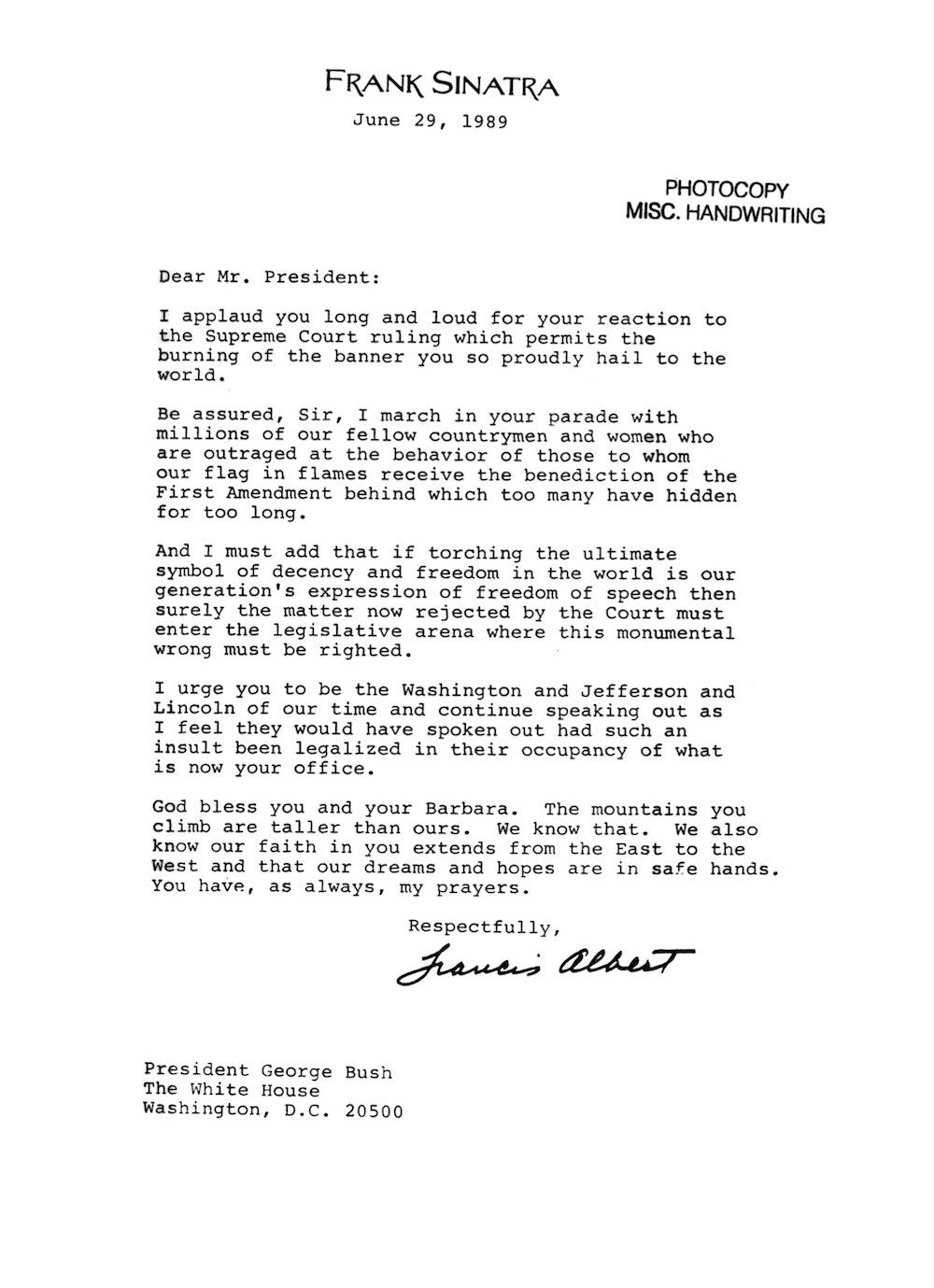 I trust my source that it's a source of Los Angeles. The Hollywood Show since 1979

It very well could be.  The elegant, flat topped "r" letters are what concern me in the signature you posted, as Sinatra never signed his full name or "Francis Albert" in that fashion that I am aware of. 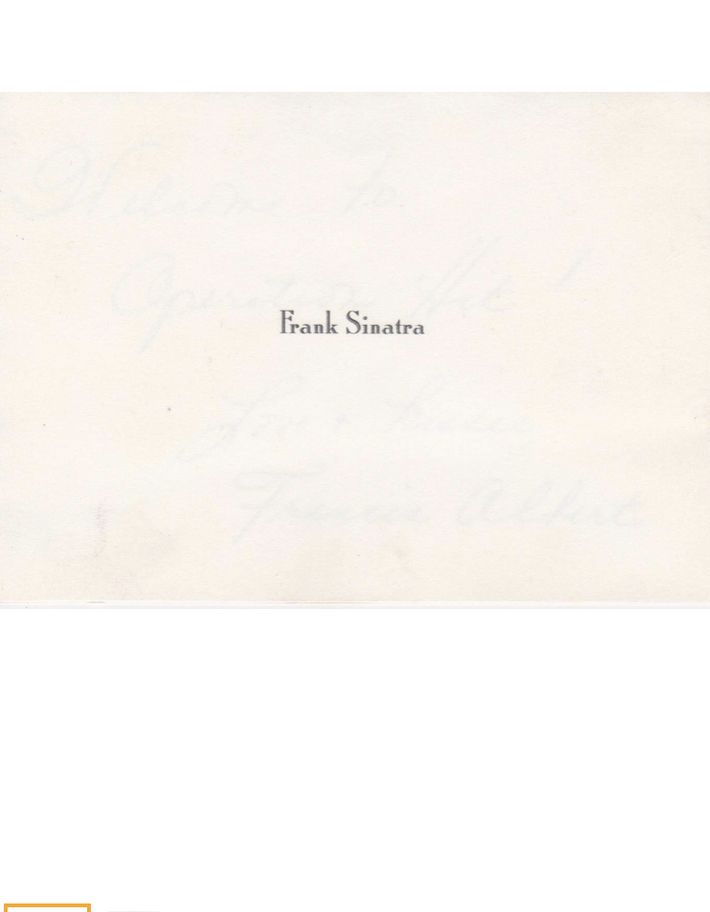 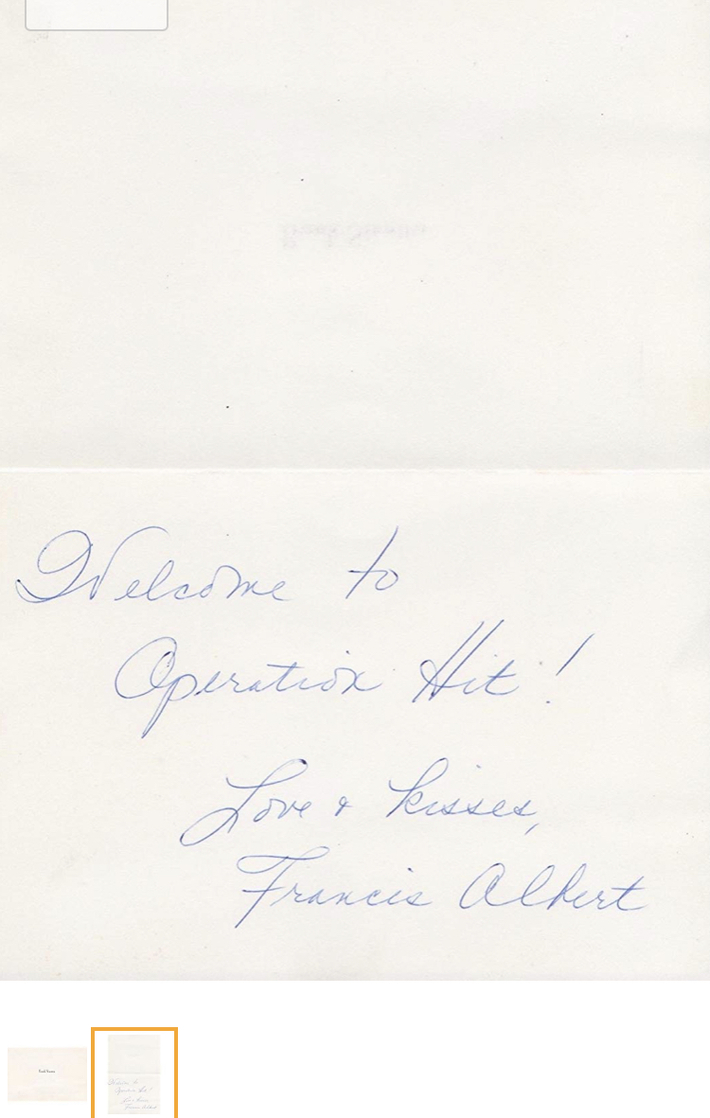 This is another one 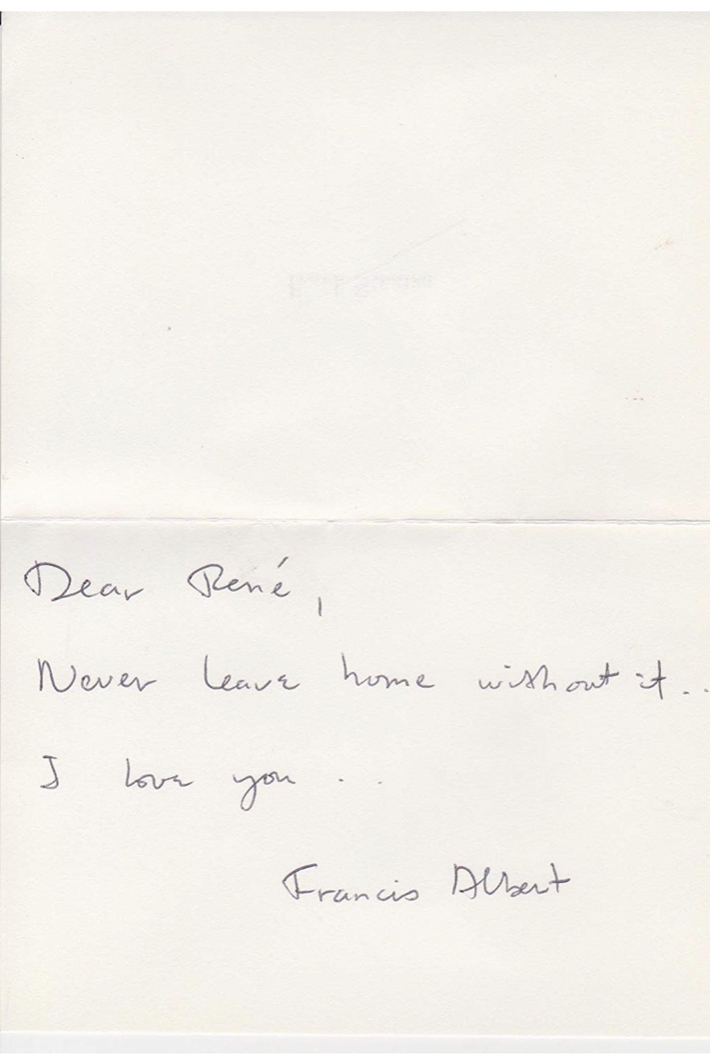 Of the two upstairs which convinces you more?

I've seen Jerry Lewis signatures in person very different from the ones on the market and that doesn't mean it's not authentic.

I have a signed 2015 Jerry Lewis photograph and it's quite different from the rest and in their own signatures there are different endings, meaning he doesn't sign them all the same.

True, but keep in mind by 2015 Jerry Lewis was 89 years old and pretty frail.  I understand that signatures can vary, but a vintage Sinatra autograph should be pretty consistent unless it was very rushed, which that card certainly doesn't indicate any rushing.

These two are different from you that you told me.

Look at them please

What is the signature on the second one?