What do you think of this Jim Morrison signed guitar? Do you have photos of others to compare it to? 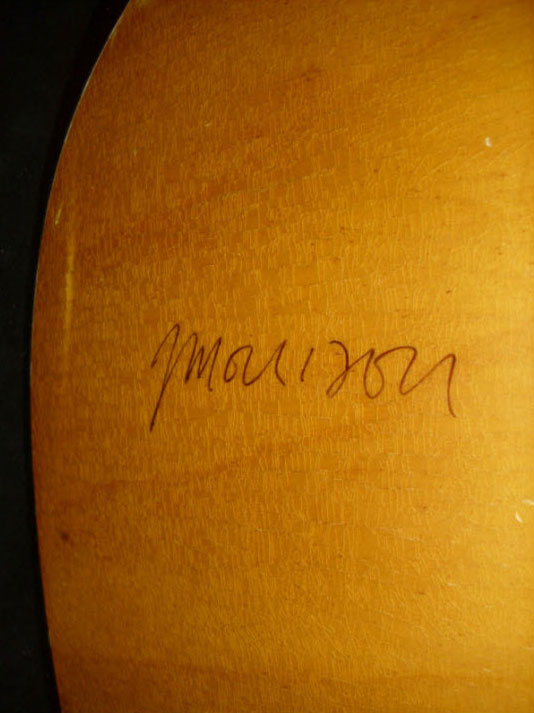 Roger is a thousand times better at this than I...but since The Doors are my favorite band -- and I'm an autograph collector -- I've seen hundreds and hundreds of Morrison signatures. Lots of fakes, some real.

And, I used that same example. What if somebody is drunk? What if they sign while they are walking? I remember being 13, and getting Billy Cunningham, basketball Hall of Famer who was caoching the 76ers. I was thrilled. Nobody else asked for his autograph. They were trying to get Dr. J and Moses Malone. He was walking faster than anybody I've seen before or since, but he grabbed my paper, pen, and signed, never slowly down. I had to run to catch back up to him. I've since seen other signatures of his -- they look nothing like mine. I don't care, I'm keeping it, so no biggie. I imagine rock stars are drunk, walking, lots of things -- but you'd still see similarities.

This looks nothing like a real Morrison signature. Other than the "J" only part of his first name.

I viewed several similar signed rarities at an autograph store in Caeser's Palace in Vegas. I was saddened and disappointed in all the elaborately framed forgeries throughout the store.  This looks like it may have been from the same place.

Permalink Reply by DB on June 7, 2011 at 1:49am
well looks like EBAY removed a Morales authenticated Forum Shops at Caesar's Palace signed Morrison guitar so they must think so as well -> REMOVED

Permalink Reply by John Hinchman on June 7, 2011 at 1:54pm
I would agree with Roger not real, actually quite bad.

Permalink Reply by scott on June 10, 2011 at 6:01pm
It looks like a guitar that would be sold at Autograph Central.  A company like American Royal Arts or Rockstar Gallery put it in a nice frame and charged thousands of dollars for a cheap guitar with some doodles on it.  A worthless piece of finely framed trash.

How about a first year issue Guitar from 1970, an expensive Sigma, made by C. F. Martin & Co., signed by Morrison?  Would that be more likely?  I think it more likely since no one would mess up a first year issue Martin with a fake signature.  I own several Martins and I would not let anyone put a fake signature on one.  They would have to be a superstar for me to let them do it.

I have such a guitar.  It also has a message on the back in the same script - unlikely that a forger would add more sample writing that might expose the fraud.

If respected Morrison experts agree that it's real you probably have a piece worth hundreds of thousands of dollars!

I've never heard or seen a guitar signed by jim ever that was real.

You would have to change your name to Lawson’s Rare And One-Of-A-Kind Guitars. 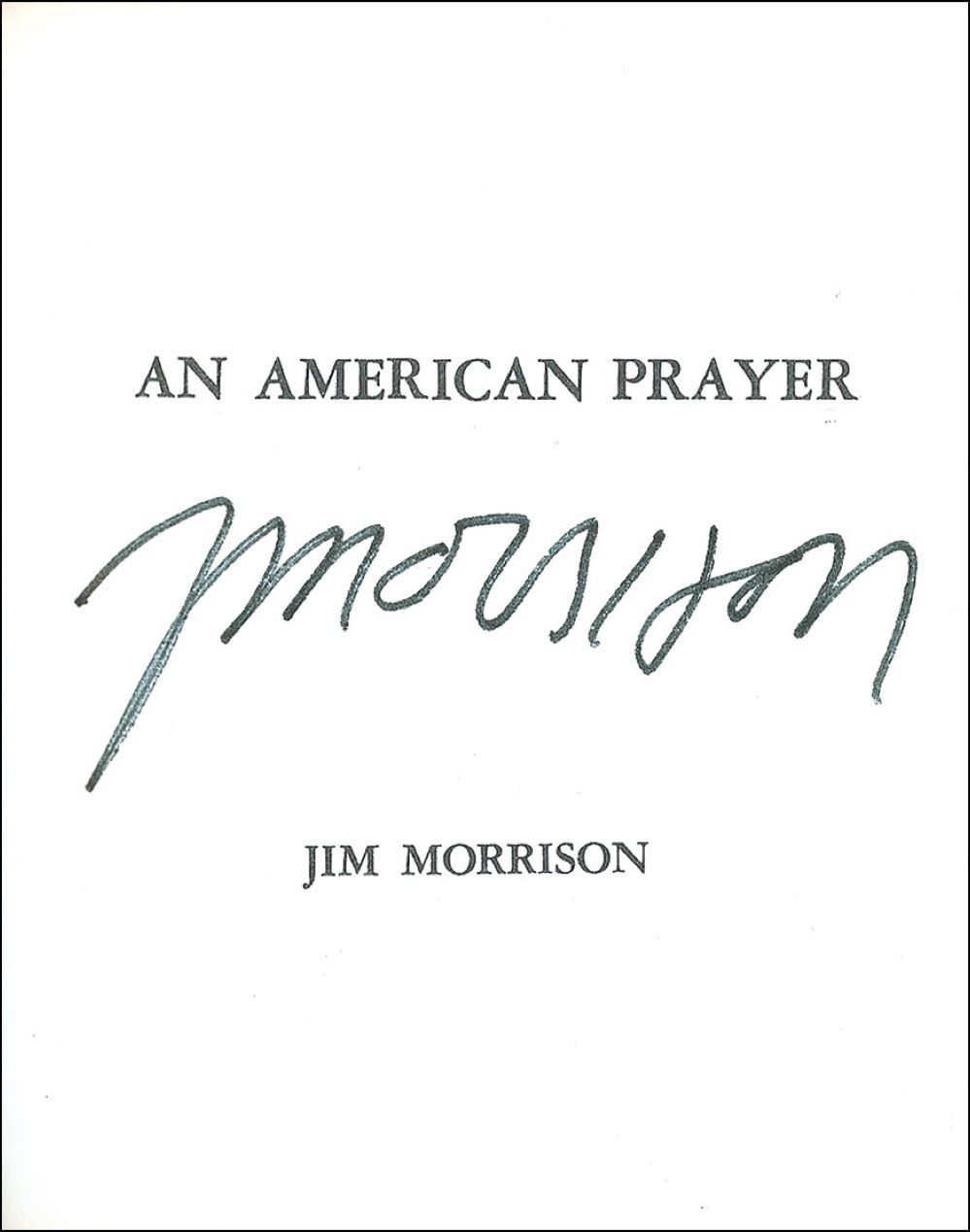 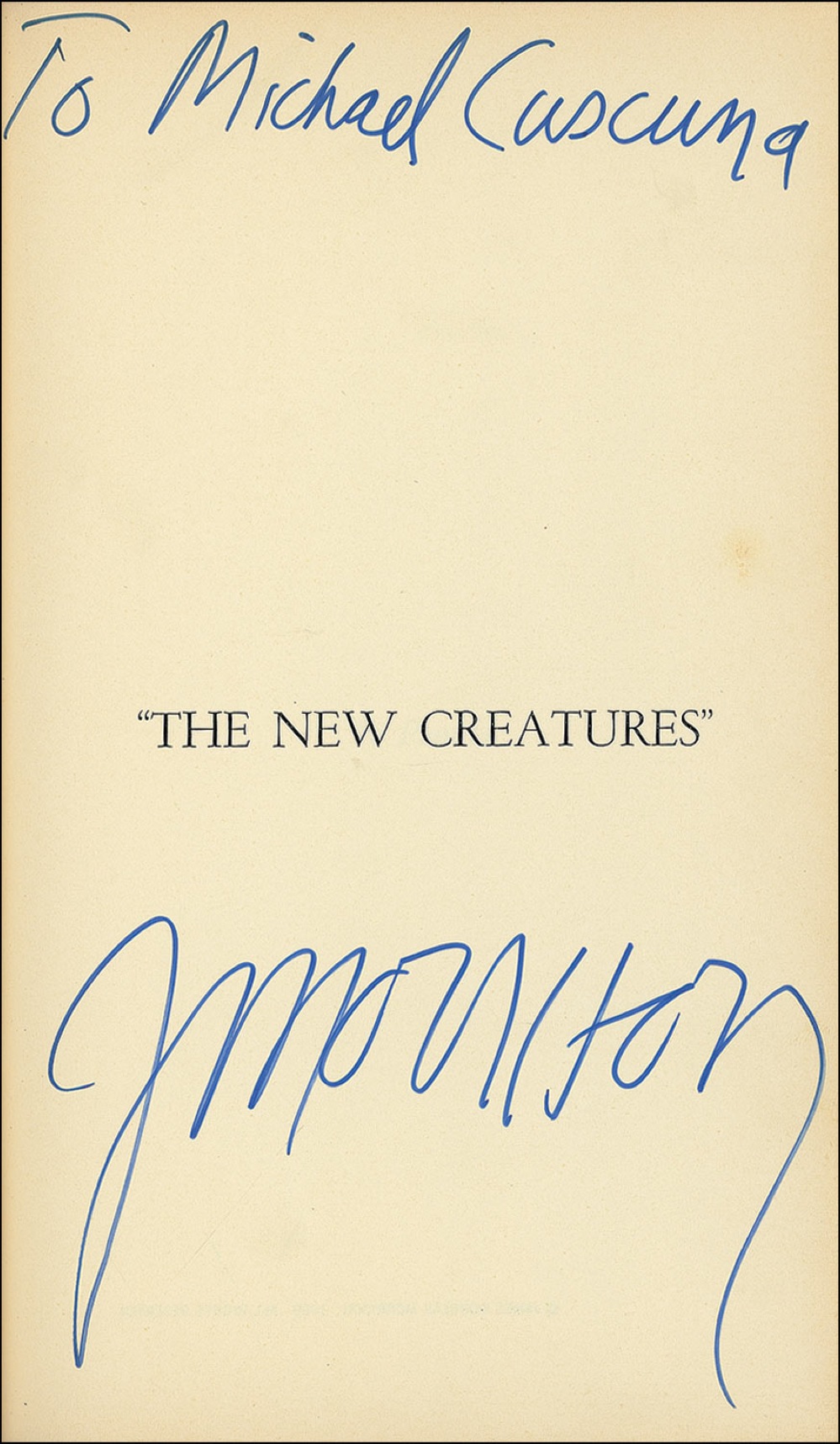 Those MOrrison signatures are beautiful, Steve. And yeah -- if you have one of the 100 books Morrison published, with a signature -- chances are very good it's real.

That being said -- RR Auctions has also sold me many bad autographs over the years. But, they're always good about refunding (problem is, finding out they are fake!!!)