There was a recent discussion of a Lennon signature claimed to be from his appearance at radio station WFIL's Helping Hands Marathon in May, 1975. This prompted a suggestion that we should have a signature study of Lennon's sometimes difficult to authenticate post-Beatles signature. Some examples from this period are highly abbreviated.

I'd like to start by focusing on that May 1975 signing appearance with exemplars that are believed to be from that 3-day period. What would be particularly helpful would be examples from catalogs that go back a ways. 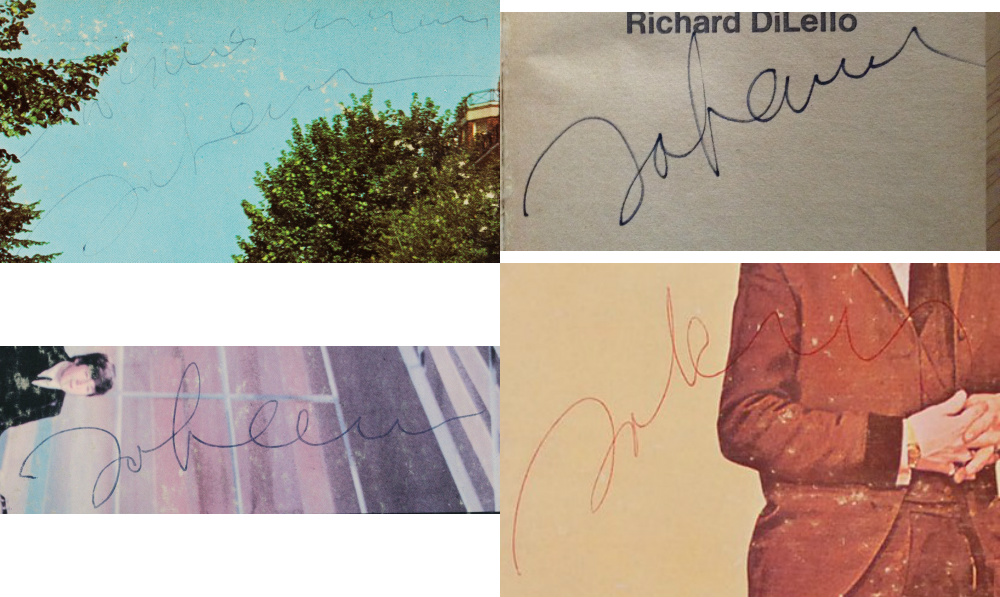 Here are a couple of WFIL signatures from Meet the Beatles For Real, one of which includes a doodle.

Here are all of the examples I've seen that are known to be from 1973: The abbreviated 1980 signature on copies of the Double Fantasy LP: 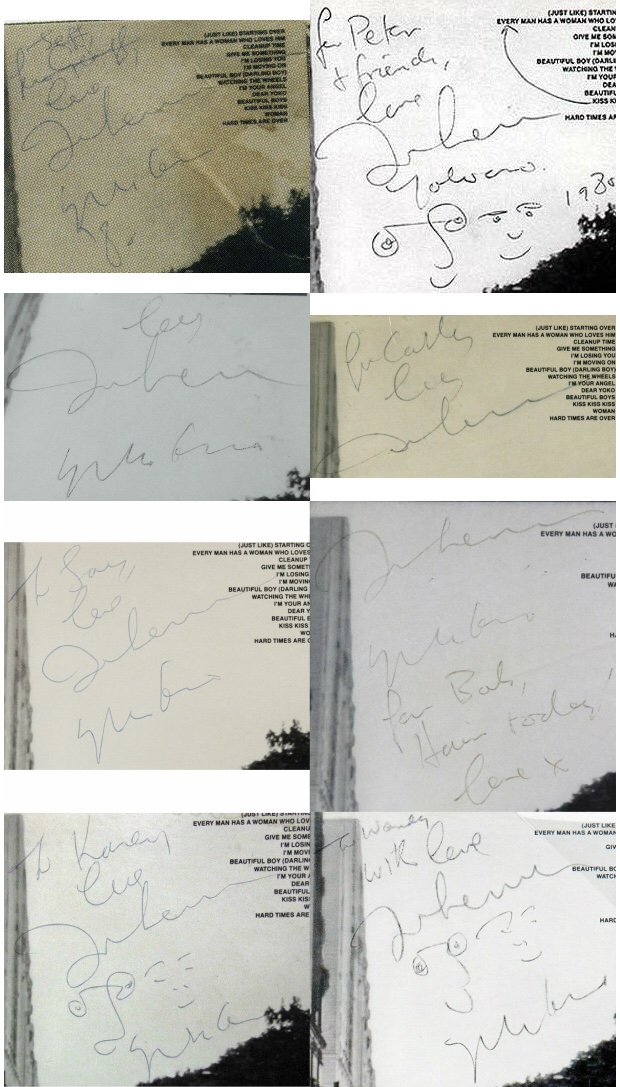 Thanks. While not a Lennon here is my best vintage Bowie: 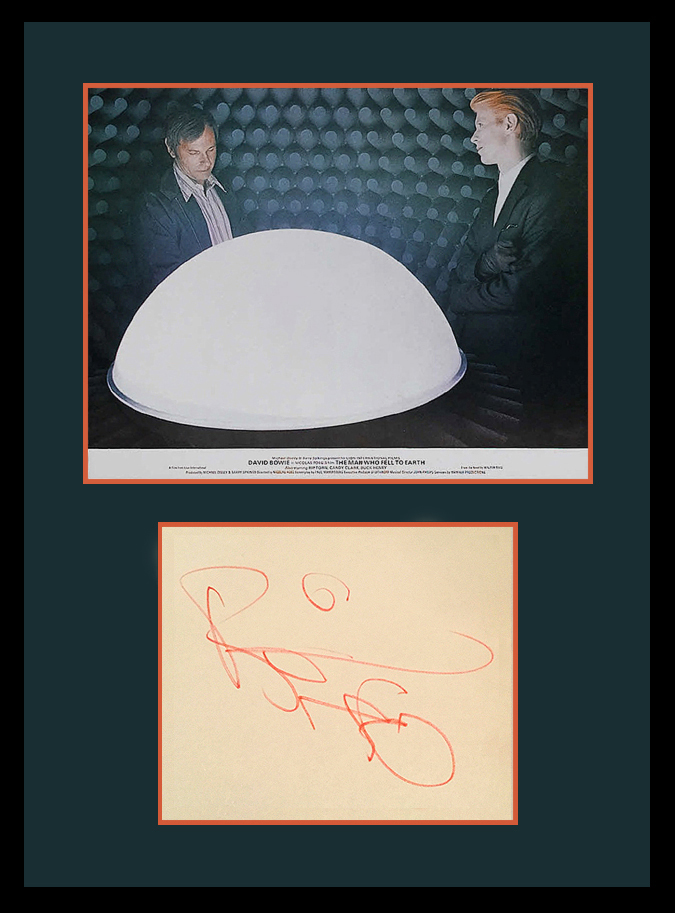 Also here's one from 1977 that is sadly damaged and stained on the bottom. 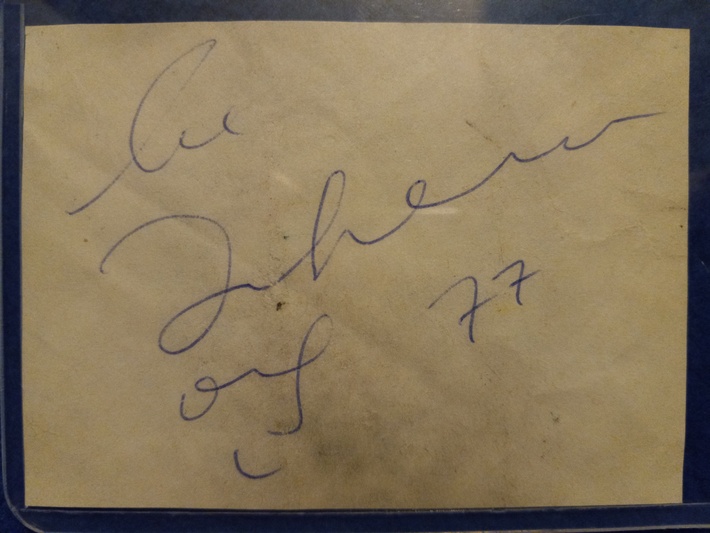