They haven't responded to mine, but it might be (partially) a volume thing. I also requested cancellations on a couple other items earlier this week (non-UMG) and still haven't heard back.

Yea for me the SWU ones are the second most annoying with the Lady Gaga signed CDs and posters being the first.  I ordered them first, not to mention that I ordered the CDs the first morning they were on sale and ordered more when they put them back on sale later on, when they started canceling orders that had more than 2 they canceled the first ones I ordered and left the ones I ordered at the end which is why I still don't have them.  UMG is the worst

Regardless of the circumstance, posting on her Facebook about such a thing would probably just be seen as trolling.

Well, I waited too long, couldn't decide whether to cancel them or not and just got notice that my first 2 shipped from Ariana's store, has anyone received any that seemed legit, or am I doomed to yet another autopen? they were cheap so either way, I guess I'm just glad to be getting something for my money finally

At least it's name is fitting... Stuck with u. Since now we're stuck with this trash. Lol.

Ha! I've been thinking that for some time.

My order that "shipped" is still just hanging out somewhere waiting for them to actually give it to FedEx.

I stopped looking because scanning through dozens of twitter posts by fans or "stans" gets annoying quickly, but the few I saw where people claimed they were authentic Ariana sigs, still had autopenned Biebers (see photos). 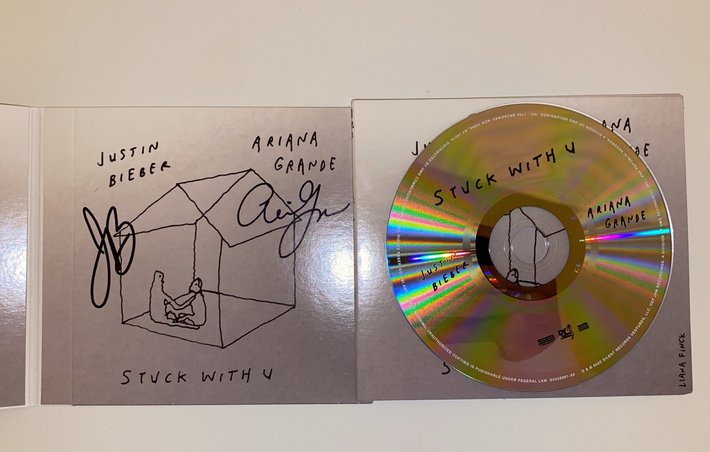 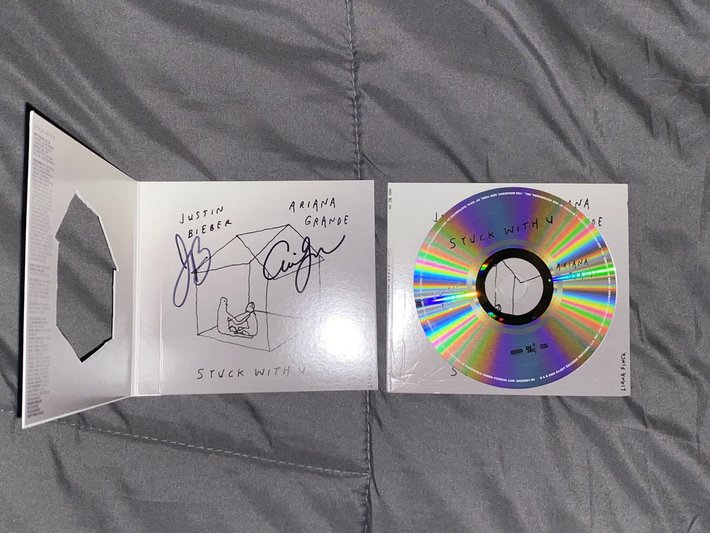 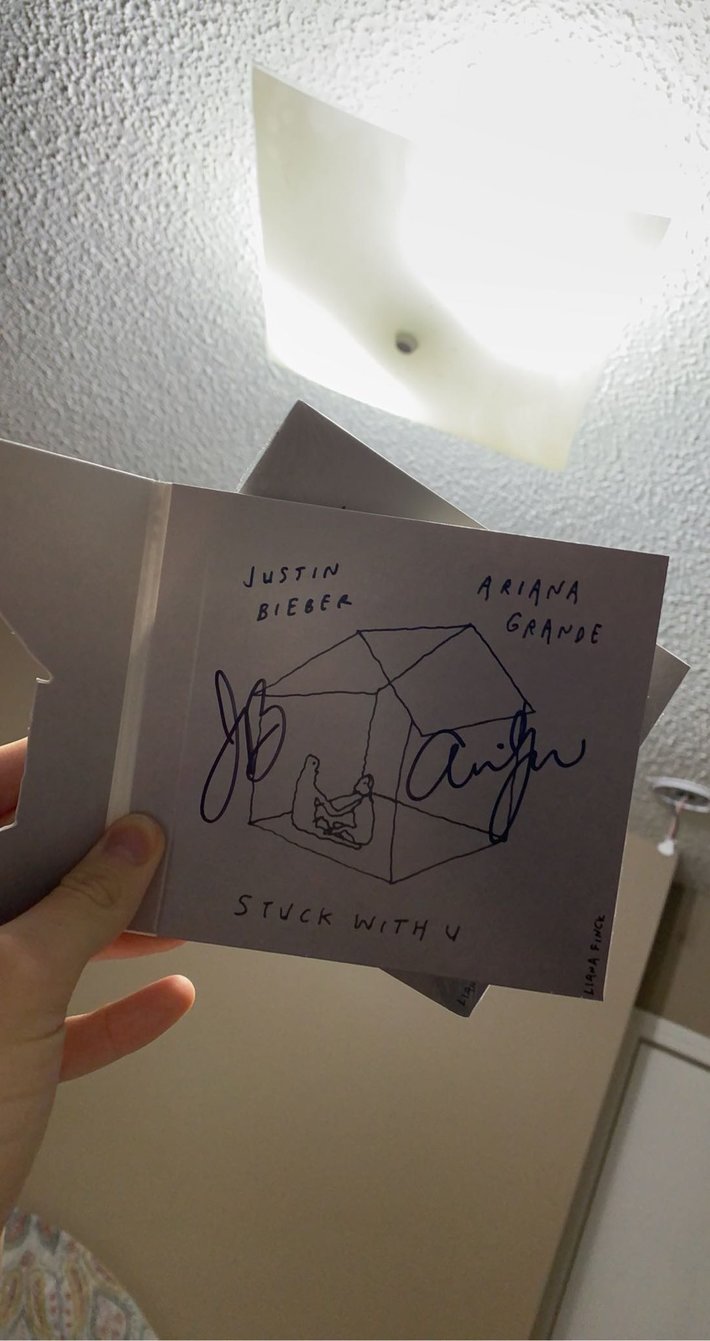 Since we know that they're skeevy enough to have employed at least 3 autopen patterns, even if someone ends up with a non-autopen signature, I'm not sure I'd trust it not to be ghost-signed. Especially because the ones that Ariana posted as signing were sideways and large, and the ones that Bieber posted as signing were his full signature and large (a lot of his looked like they were signed in the center of the house).

Mine are getting cancelled now. I think we've all definitively learned our Bieber lesson for the year. It's probably be wise to completely avoid him going forward. I honestly didn't feel great about supporting him regardless of how low the cost was.

I got full refund on my order from Ariana UMG team. Im sure I won't have a problem with Justins.

How did you get a full refund? They took money for the digital copy out of mine.