very pricey, even if authentic which it isn't

Laughable forgeries of Mickey Mantle, Joe DiMaggio and Ted Williams for only $7,500.00. 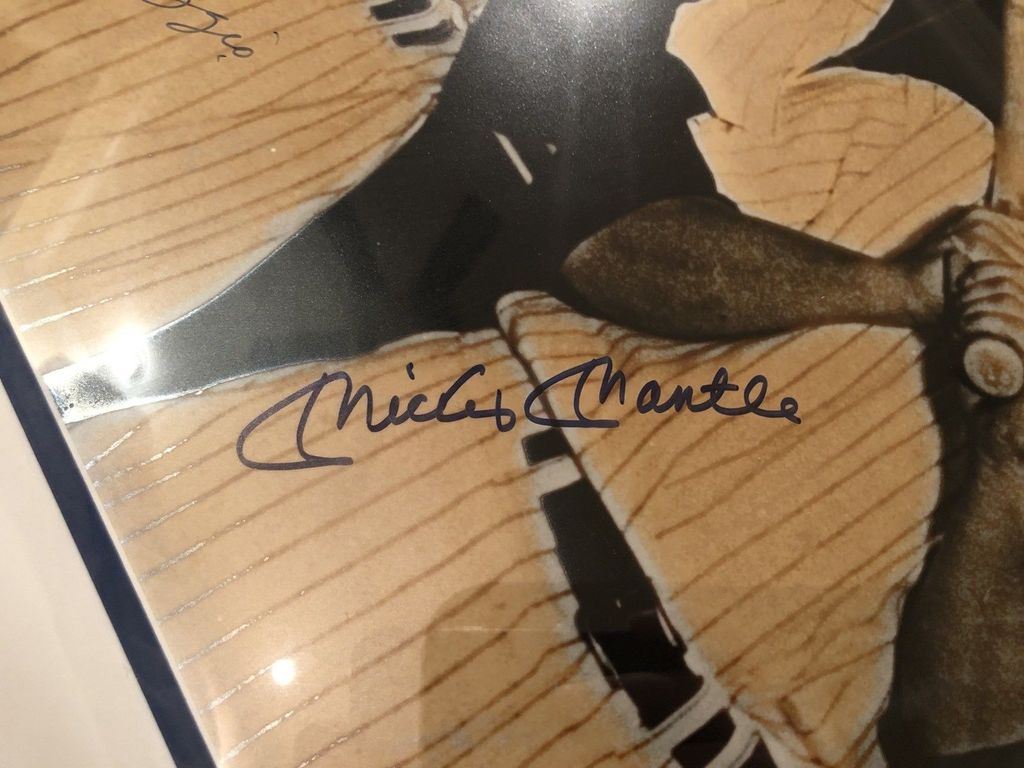 Permalink Reply by Fuddjcal on April 25, 2018 at 7:46am
a complete moron this seller PERIOD

Autograph Live Community. My name is John Spicks. I work for EAC Gallery in New Hyde Park New York. This thread is clear defamation of our gallery. A client of mine has advised me of this posting and I am disgraced. We have PSA/DNA and JSA Authentication on site at our galleries before auctions. Any item we sell in our gallery is 110% authentic guaranteed or a full refund of the auction price will be issued. Any questions or concerns regarding any of our items please feel free to contact me at anytime. I do ask kindly that you don’t bad mouth our company or our reputation. We have been around for over 45+ years based on our customer service and dedication. Thank you.

Mr. Spicks, no one here defamed your gallery.

I see no mention of "EAC Gallery" until, of course, you posted it.

As for the "autographs," they speak for themselves.

I have a lot of respect for the owner of EAC, Larry Rosenbaum. He wrote a blog on authenticating Mantle, Williams, and DiMaggio here in 2011, and it's gotten over 2,200 replies!

The members who gave their opinions on the signed photo are members whose opinions I trust on Mantle, Williams, and DiMaggio. The Mantle signature style in the photo was commonly considered genuine until the early 2000s, when it was exposed in Operation Bullpen, and a lot of reputable dealers were fooled.

If you haven't shown this to Larry, please do. I think that there's a good chance that he'll be concerned about the authenticity too.

I had forgotten about that thread.

Larry, today, would echo the comments here on those "autographs."

Kind of funny about the eBay listing. It shows an EAC Gallery COA #2845. It appears there is an area for a signature although no one signed it. Is that usual?

Mr. Spicks, perhaps you should try sending this item to JSA or PSA, and let us know about the results.

I'm shocked that the seller still has it listed.

At least it will never sell.

Even if they were authentic, they would never sell at that price.

Agreed.  Your price range is much more in line with market and that would include a legitimate loa.  I recently purchased this for $500 and it came with three separate loa’s from psa/pna.