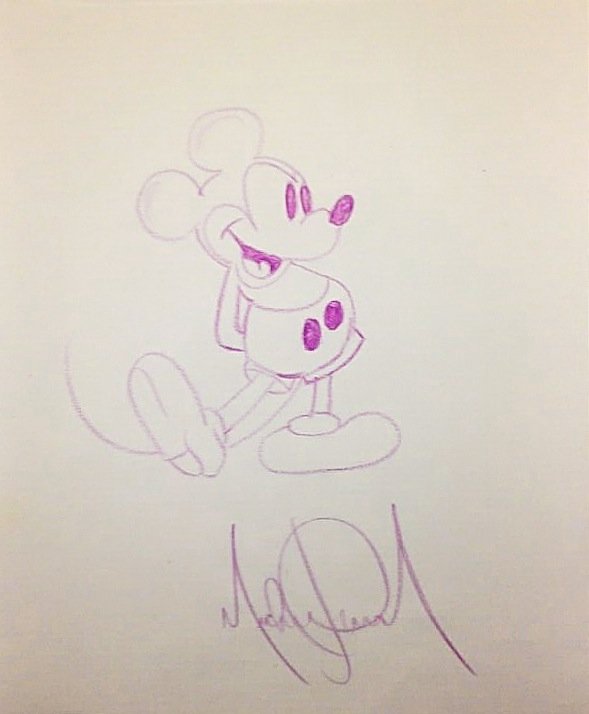 I'm noticing a sudden influx of MJ signed Michael Jackson drawings coming on to the auction market, which seem to share the common themes of either 'portraits of historical figures'  or 'Disney characters'.

Both of these themes are of course recognised from Michaels' drawings both at a young age and later in life, but it is interesting that so many new drawings are being released on to the market at the same time.

Here are some current examples: 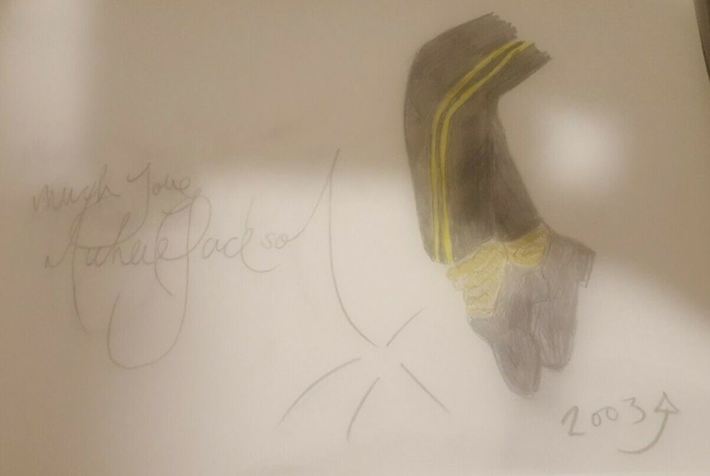 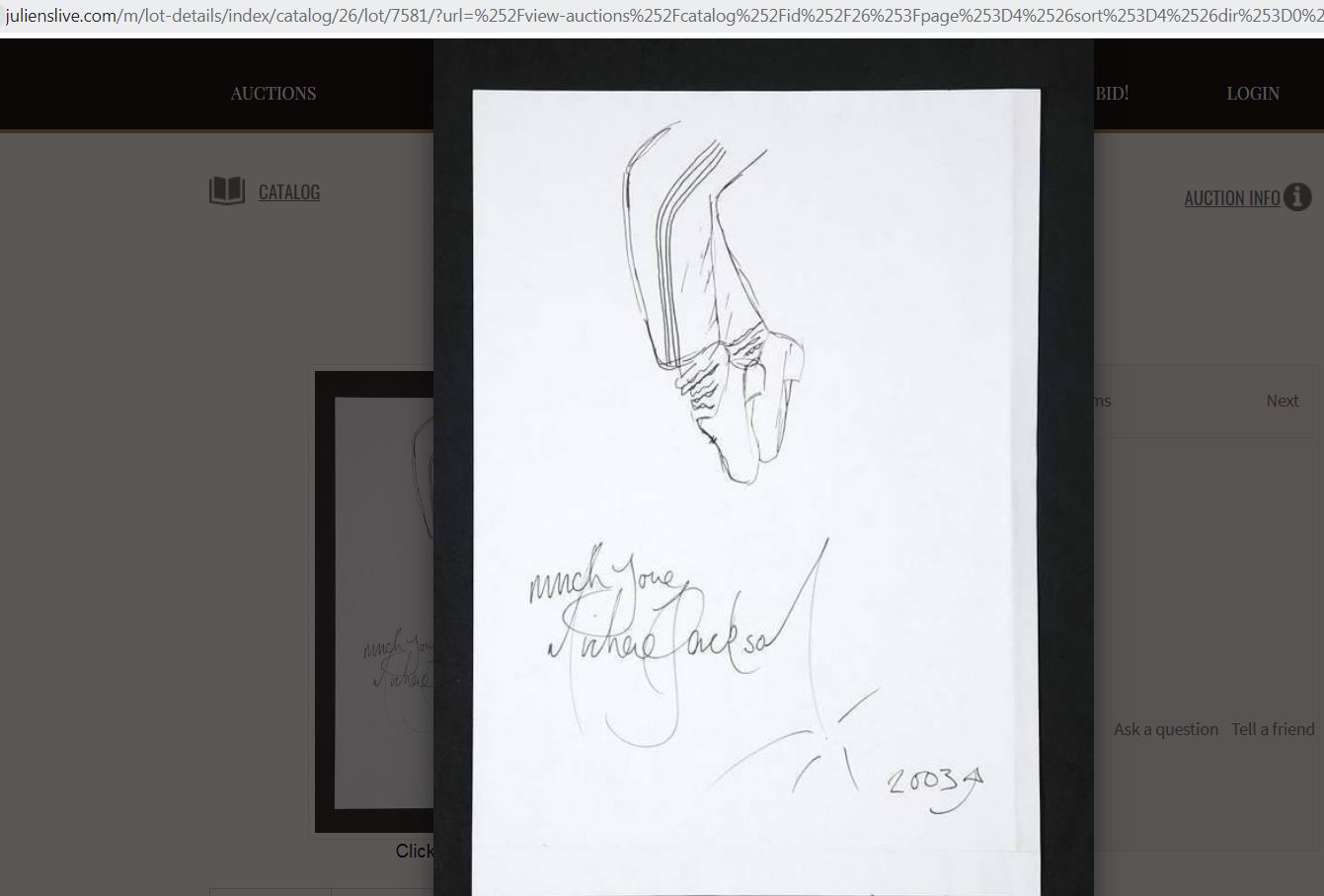 UK seller stokiemummy2alyssa (from Long Eaton, Derbys) selling a coloured-in version of a sketch previously sold at Juliens in June 2011 for $7,500.  Colour version offered on ebay for £10.

Original not a copy signed by michael jackson in 2003. Signed in pencil . A4 sized page in landscape.

(Note:Same size as Juliens, but J's was in 'portrait' orientation). 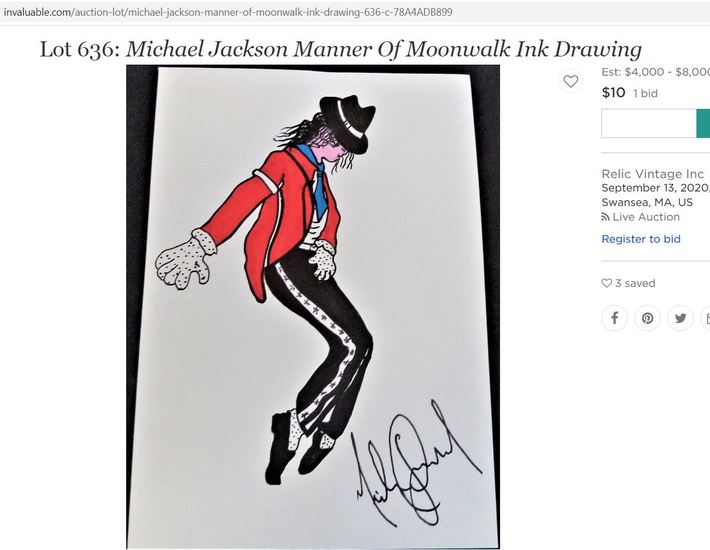 A new set of drawings on Invaluable from Relic Vintage Inc of MA, USA, selling on 13 Sept 20. 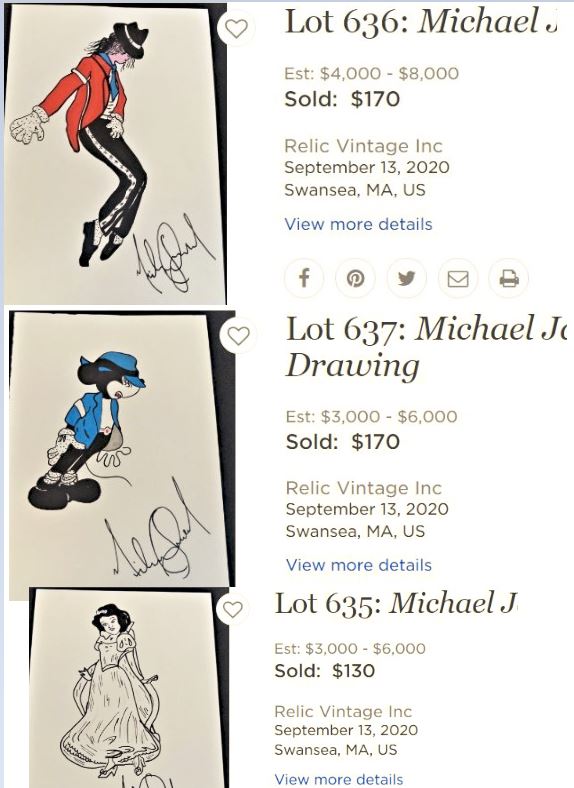 Comparison of the two 'Snow Whites':

Good job on this and keeping up with it.  Definitely two different Snow Whites. In the art world, there are a number of accepted terms and expressions in common use which describe the 'degree of certainty' with which a work of art is connected with a particular historical artist.

“Manner of”: means 'a work done in the style of the artist but at a later date.

Other expressions used include eg. 'School of'  (for artists with large studios and students), and

So it seems that these sellers are admitting that these are NOT drawings by Michael Jackson, but they are still selling them in the hopes that fans MIGHT think  they are by Michael.  The Estimates given are after all not cheap, and the works are 'signed'.

Boldon Auction Galleries, Tyne and Wear UK (a couple of miles from Parr) are  offering this, on 'The Saleroom uk' platform:

This drawing was unsold at this auction. 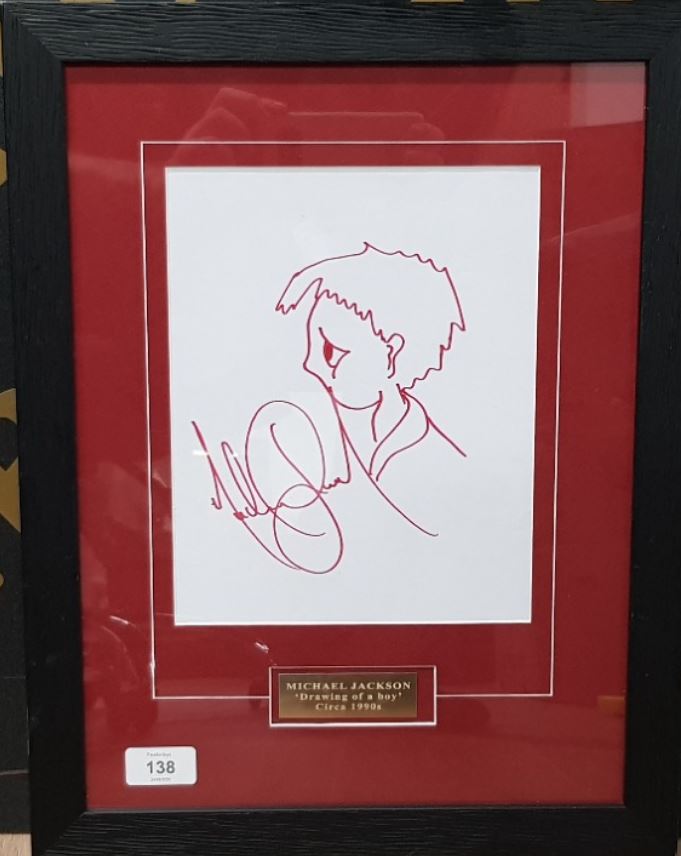 FRAMED SIDE PROFILE DRAWING OF A BOY BY MICHAEL JACKSON, ADDITIONALLY SIGNED

FRAMED SIDE PROFILE DRAWING OF A BOY BY MICHAEL JACKSON, ADDITIONALLY SIGNED BY THE MAN HIMSELF

Auctioneers in the NE  of England seem to have a glut of MJ drawings at the moment.  It's claimed this one is signed 'by the man himself'.  (not sure if they mean MJ , or the forger.)  Strange that a certain well- known seller of MJ fakes lives in the area. 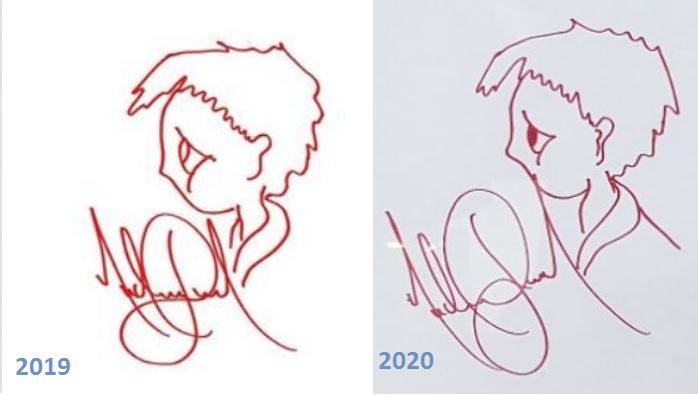 Permalink Reply by Lizzie on Wednesday

And the 'original' which sold at Juliens: 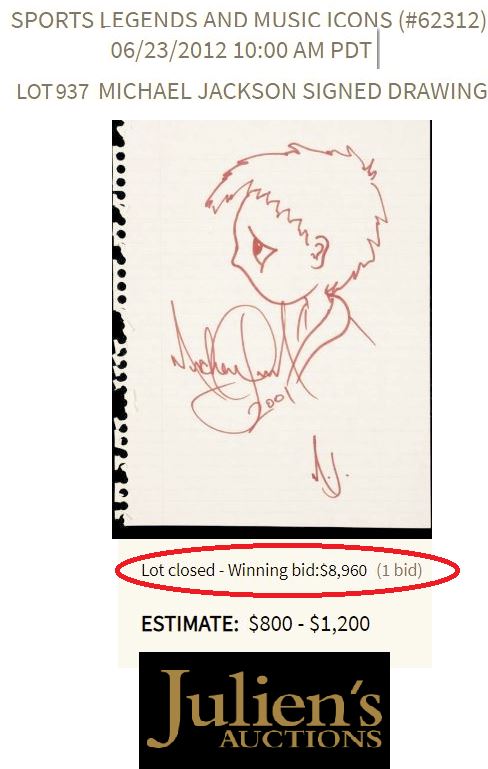