Thought some might like to see this. Signed before the encore at what was called Jones Beach Theater on Long Island in Wantaugh, LI. IIRC, Radiohead had just released The Bends to perhaps slightly less than stellar reviews, inexplicably as I saw The Bends front and center at Roseland Ballroom, and here they were opening for Alanis and were not happy at all about that. Rightly so IMHO. I left when they finished the opening set. I had nearly front row seats and gave them away. I do remember they played Bishops Robes one of the nights. I spent half the show the first night in the lighting/sound booth ;) I am very pleased with this autograph - well composed photo, b/w, limited edition "Just" postcard and very strong, well placed and executed signature. And he has the voice of an angel. 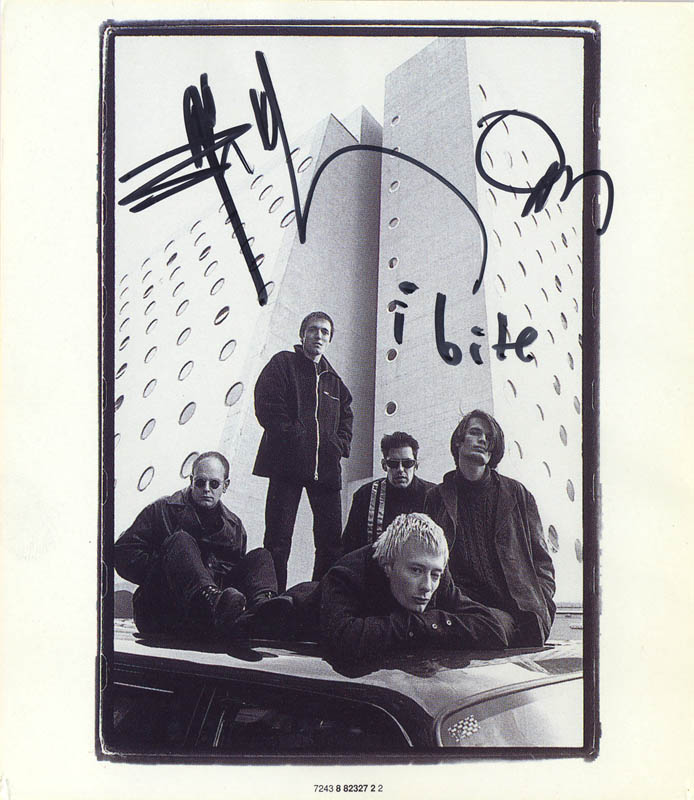 Hard to believe I got this 24 years ago today!

Great item Eric! Question! If you could add the other members, would you? With the signatures being 26 years separated or keep this as it is?

Thank you Adam. I think this is perfect as is. I specifically asked for Thom alone. His solo work has substantiated my choice!