Unfortunately this is the only photo available. To me it almost looks like a stamp due to the hazing of the ink. Or it could really be from over 50 years ago and the ink has bled into the paper over time to cause the hazing. The autograph does look authentic to me…what do you guys think? Thanks! It looks odd to me. Whatever happened to the ballpoint did not affect the Scott "above" it.

Wouldn’t that be because the other autograph was done in a marker?

The ink adhesion on that Armstrong looks really strange imo.

I’m guessing it indeed was genuine as someone just paid close to $1600 for it!

Doesn't necessarily mean anything.. if i was going to pay that amount, I would sure want to see a better picture.. this is way too pixelated when zooming in..

I'm not going to say if this is real or not, because I don't know one way or the other.

But I will say one thing that other individuals who commented didn't mention, and, based off their phrasing, might not be aware of.

Neil Armstrong was famous for 3 things, when it came to signing.

1) Signing, one per, for anyone who wrote him for years

3) Signing in a horrible, terrible blue marker that was faded before he even started signing

Looking at it, the lines are just as the Dave Scott--that is not a ballpoint. If that's not his trademark, awful blue marker, it's produced to make people think it is.

See this one, for example. I'm not saying if it's real or not, but quality-wise, it's actually bolder than what a lot of people who got Neil TTM ended up with.

I'm also not sure that the "hazing" is hazing. To me, it looks like it could be artifacting caused by the low quality image. It's present (albeit to an apparently lesser extent) in the typed wording & even in the plain area of the envelope as well.

Looking at it, the lines are just as the Dave Scott--that is not a ballpoint.

Just to confirm, take it look: 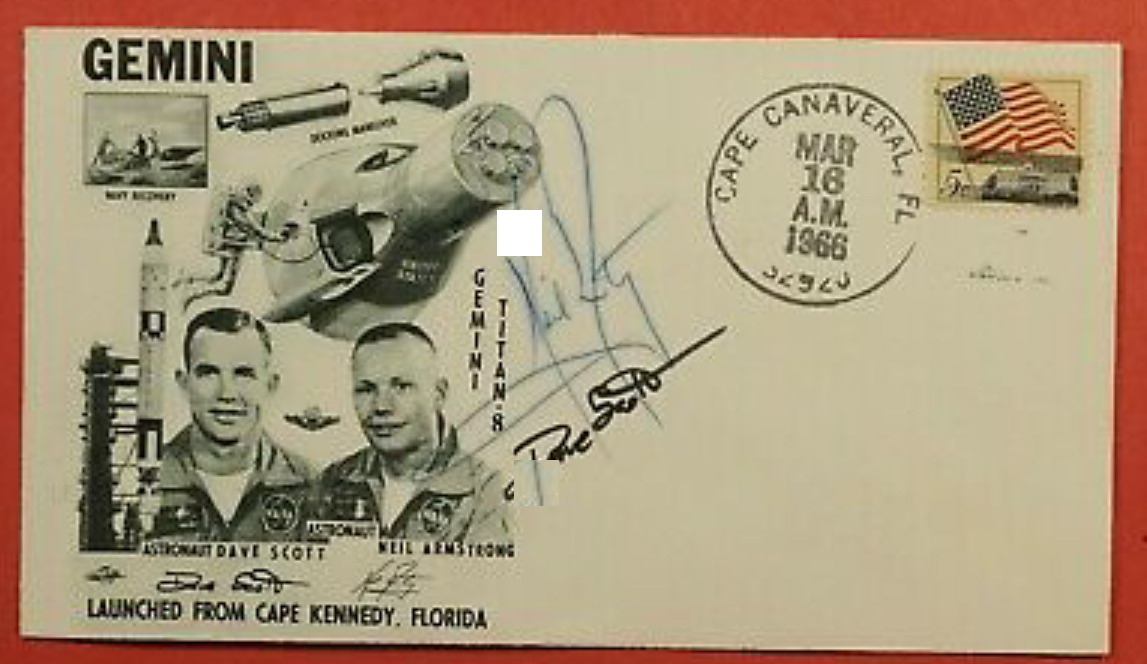