Let's reserve this thread for any non-musician signed books and other items, at least until a dedicated forum exits for those posts.

The Art and Science of Arrival (Limited Edition)

Here for the UK from Forbidden Planet

Thanks! Was looking for it on the UK site this morning but wasn't there. Another Universe wanted to charge $85 to deliver it to the UK.

Picked up a copy as that is such an excellent price for Denis's signature especially being a limited edition. He is on his way to being one of the biggest directors in Hollywood so this will only increase in value . Thank you for posting

From Saturday Night to Sunday Night by Dick Ebersol $28.99

Dropping out of college to join the crew of ABC’s Wide World of Sports, Ebersol worked the Mexico City Olympics during the famous protest by John Carlos and Tommie Smith as well as the Munich Olympics during the tragic hostage standoff. He went on to cocreate Saturday Night Live with Lorne Michaels and later produced the show for four seasons, helping launch Eddie Murphy to stardom. After creating Friday Night Videos and partnering with Vince McMahon to bring professional wrestling to network TV, he next took over NBC Sports, which helped turn basketball into a global phenomenon and made history as the first broadcaster to host the World Series, the Super Bowl, the NBA Finals, and the Summer Olympics in the same year; it was Ebersol who was responsible for Muhammad Ali lighting the Olympic flame in Atlanta. Then, following a plane crash that took the life of his fourteen-year-old son Teddy and nearly killed him, he determinedly undertook perhaps his greatest career achievement: creating NBC’s Sunday Night Football, still the #1 primetime show in America. The Today Show’s headline-making hosting changes, the so-called “Late-Night Wars,” O.J. Simpson’s Bronco chase—Ebersol had a front-row seat to it all.

From Saturday Night to Sunday Night is filled with entertaining and illuminating stories featuring such boldface names as Billy Crystal, Michael Jordan, Bill Clinton, Jay Leno, Peyton Manning, Michael Phelps and Larry David. (Ebersol even inspired the famous Seinfeld episode in which George Costanza pretends he didn’t quit his job.) More than that, the book offers an insightful history and analysis of TV’s evolution from broadcast to cable and beyond—a must-read for casual binge-watchers and small-screen aficionados alike.

Yes it's a politician, it's Premiere, and it's bookplated.  But putting it out there in case anyone's interested.

KRISTIN CHENOWETH - I'm No Philosopher, But I Got Thoughts: Mini-Meditations for Saints, Sinners, and the Rest of Us (Hardcover) - SIGNED - Ships 1/17/23

I'm No Philosopher, But I Got Thoughts: Mini-Meditations for Saints, Sinners, and the Rest of Us (Hardcover) - SIGNED BY KRISTIN CHENOWETH - Ships 1/17/23 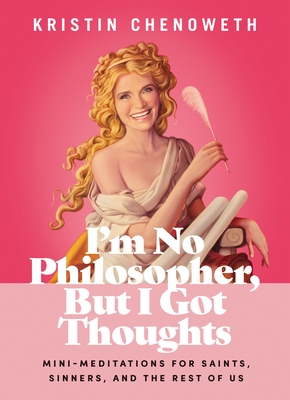 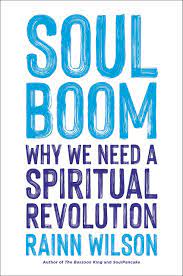 Great find! I stopped buying books a few months ago.. but who am I kidding. Ive made so many exceptions lately. Ive been hoping to find a cheap Rainn Wilson for a few years now. He's too easy to forge and for sure one id never buy from the secondary market. I pulled the trigger on him. Thanks for posting

yeah, I'm passing on books myself for the most part, well except for  Brian Johnson, Nick Cave, Neil Degrasse Tyson, and Cormac McCarthy, so I guess I am still buying them lol. but I am trying to be very selective about which ones I buy. Oblong books is where I bought the Nick Cave book for my son and I was checking the site when I found those two and figured someone might be interested. I saw that the Nick Cave was still available and bought one for myself, was going to post that they were still available but they sold out after I bought mine. I did notice that when you buy 2 books the shipping when to free which was nice.

My problem is that any time I go out to the thrift stores, I usually end up with a satchel full of signed books, and that's despite regularly "editing" my collection for books I've already read/don't want/aren't really the kind of long-term holds I need to keep. I slowed my roll for a while, but ended up picking up a handful of titles this week that I got for dirt-cheap and either wanted to read or wanted to collect (Canadian actor Gordon Pinsent, for example).

Like you, I did go in on the Lives of Brian memoir -- had a gift card and figured this (and the Ken Dryden book I bought recently -- waiting on a signed bookplate from a promotion) were items that I wasn't going to find in any reasonable timeframe and wanted to jump on immediately.

yeah, I just started collecting books last Christmas during all the black Friday sales and it was getting out of hand, so I decided to just go back to music only unless it's certain names that I just can't pass up.