I believe it to be legit, but would like to know what others think.

I'm sure I've seen it before - can anyone recall where this has sold previously? 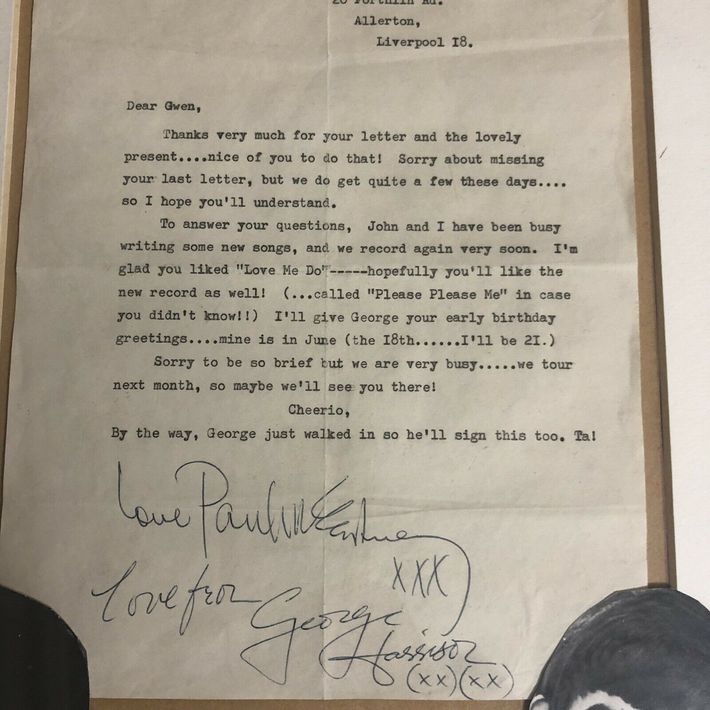 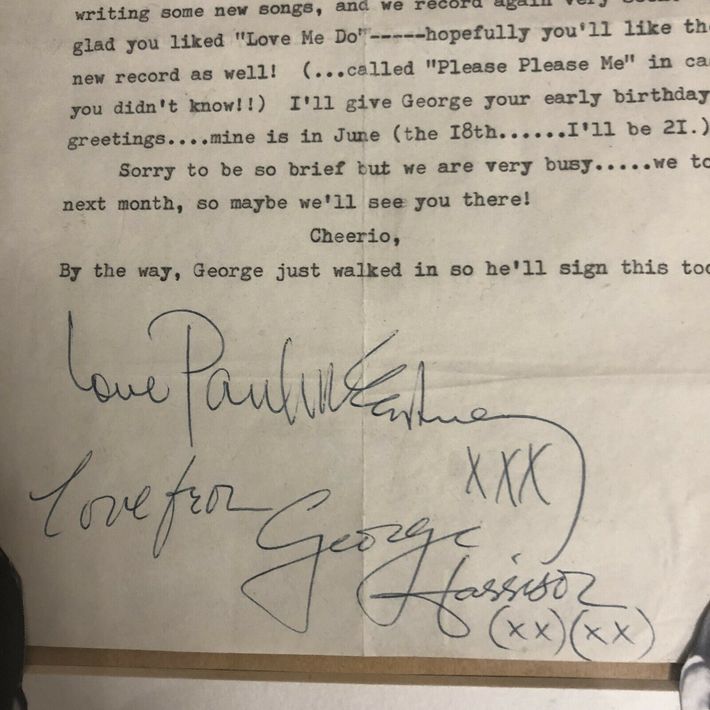 He's been discussed here before. Joe Long was one of the first successful dealers in Beatles autographs and memorabilia years ago. He found out that he was pretty good at copying The Beatles signatures. Soon...he would mix his 'signatures" in with the real stuff. He did quite well. Later...Joe was "outed" as they say by another dealer. His stuff still shows up from time to time. One you get familiar with his style...he can be easy to spot. Same with the "Southern California Forgers"

I always like to look at the non-autograph parts of a letter. Is the writing style correct? Do the address and date match up? Are there modern or American expressions that an English guy in the 1960s wouldn't have used?

Between the release of Love Me Do in October 62 and the release of Please Please Me in February 63 they were constantly on tour. In fact if you look at their schedule they only had 2 or 3 days when they didn't perform somewhere. So why would he say "we tour next month"?

Would he have used the modern expression "we tour" instead of "we go on tour"?

Would he have said "we'll see you there" without mentioning the town where she lived?

None of this means it's definitely fake, but it all adds to the bad smell.