Is anyone well-versed on Andy Warhol's signature? Here is a 12" vinyl maxi-single for Debbie Harry's single "French Kissin'" off her "Rockbird" solo LP. It is being offered by Gallery-100 in Hawkinsville, GA. I don't know when this was presumably signed by Andy, but the LP was released in 1986, so maybe that's a valid time frame. Andy and Debbie were good friends, and this image was just one of several photo studies Andy did of her. I know that, due to the value of his art, Andy's signature is pervasively forged. The first image is of the max-single framed, followed by a close-up of the signature. These two images are followed by a third image- a study of Andy's signature with several examples as a point of reference. Any opinions share will, as always, be greatly appreciated. -Syren 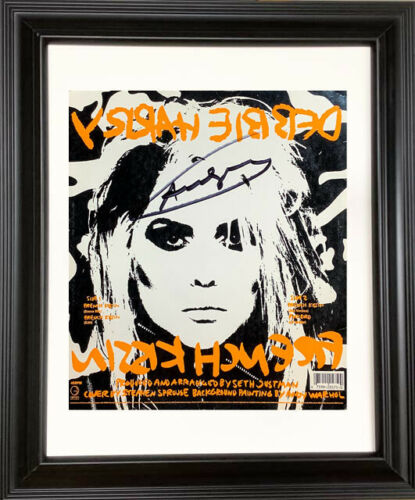 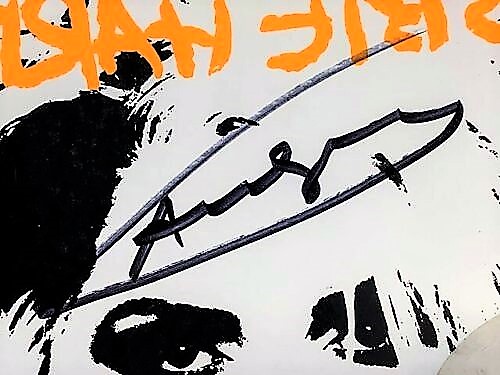 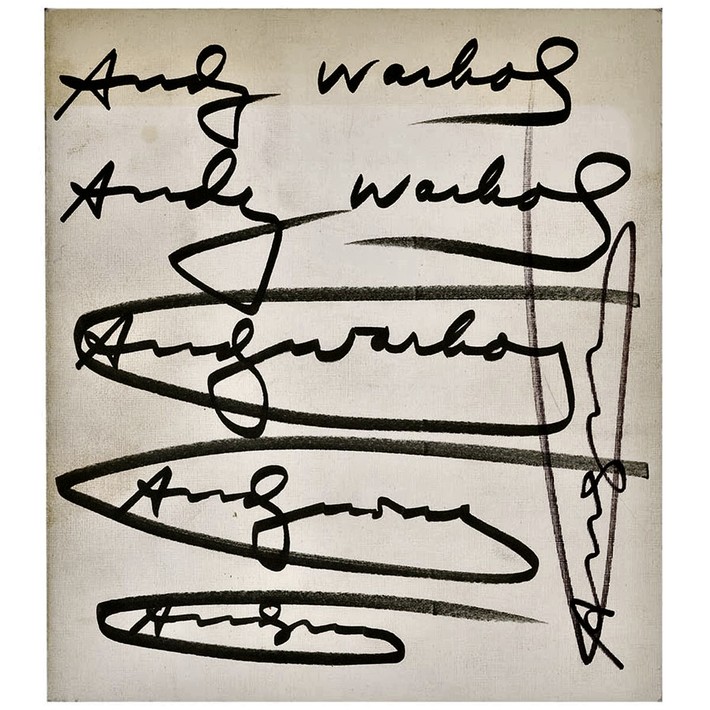 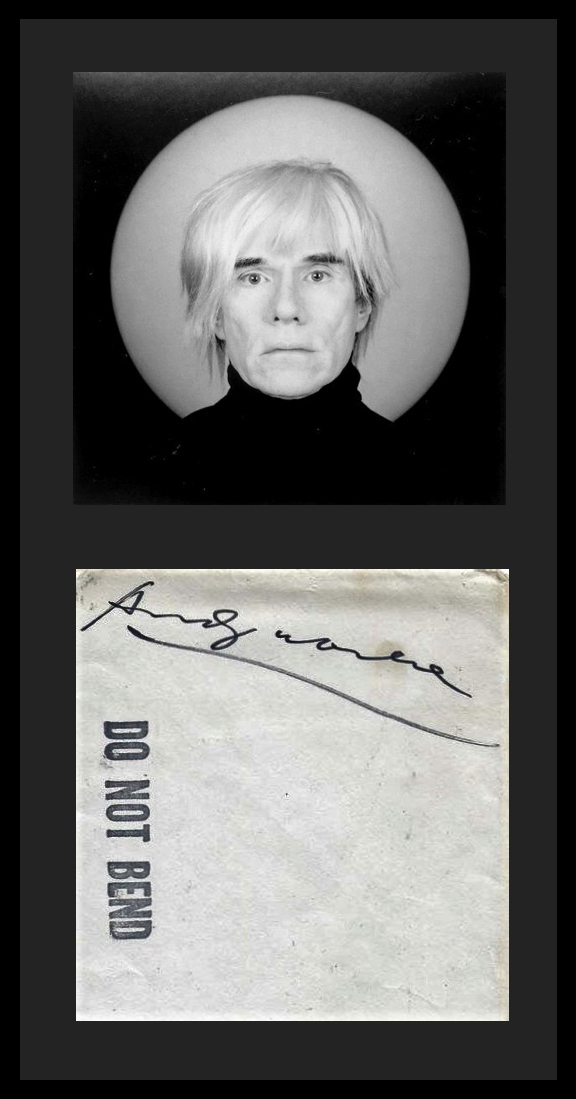 Thanks for the quick reply Eric. Yes, your example is more in line with what I'm familiar with. I like Andy, but I'm a HUGE Debbie Harry fan, and this is a variation of one of my favorite images of her. If it's authentic I'd be thrilled to have it. Thanks again. -Syren

Good idea Eric. He usually weighs in on my posts but I've sent him a message just the same. Thanks again. -Syren

It is not real. All the Warhol signatures the seller has are fake.

It is a close attempt.

Clearly too good to be true....thanks everso Richard. Cheers -Syren

There's 100s like this for sale on eBay. Very unlikely to be authentic. Most of them £149.