I purchased a Rob Gronkowski 16x20 from someone who purchased it from eBay originally. It came with a COA from YourSportsMemorabiliaStore but I cannot find a hologram lookup on their website. I had to go back a few years but there was one picture of him doing a signing at what appeared to be YourSportsMemorabiliaStore. I think it looks similar to other examples I’ve seen that are legit. Appears to be signed in silver sharpie or paint pen.

Any help would be appreciated, and also if that is a reputable dealer going forward. 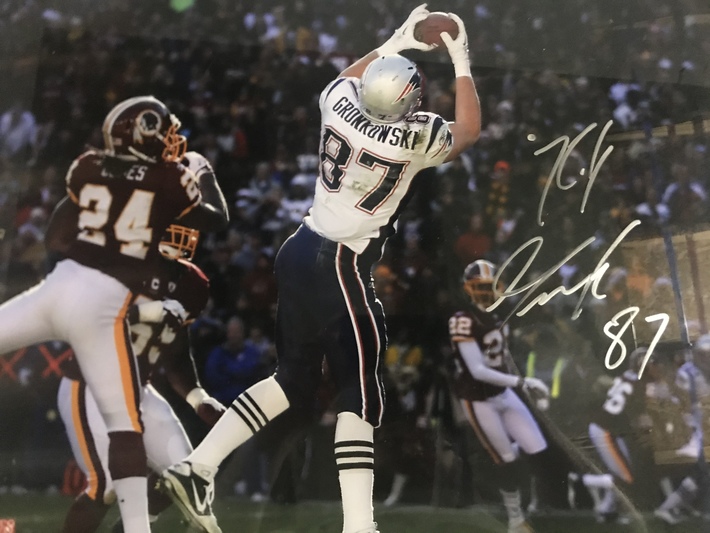 your sports is a boston memorabilia store that does all the local bruins stuff. they have a website you can compare it to. My intial thought was fake but that store is basically a team store so I would say yes. you can also call and ask if they've signed that photo w/him. I think you're good to go.

Thanks for the info, Dave! I did reach out to YSMS and they said they did signings with him with New England Picture when he was exclusive to them. I appreciate your help!