Appreciate opinions and comments on the Seinfeld cast-signed photo and Michael Richards signed photo below.  As always, thank you for taking a look and sharing your knowledge. 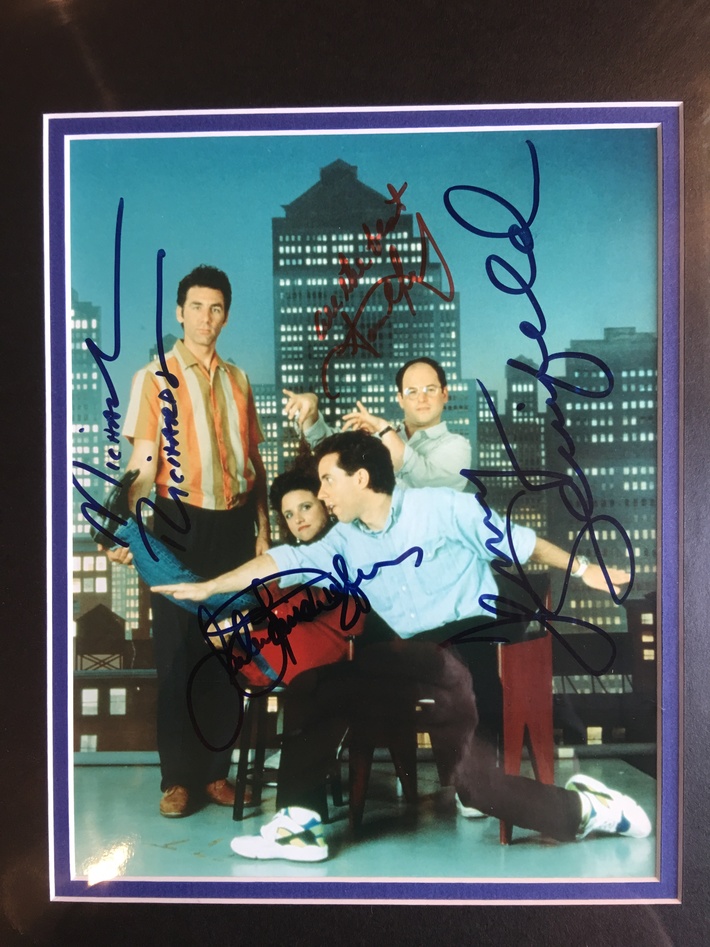 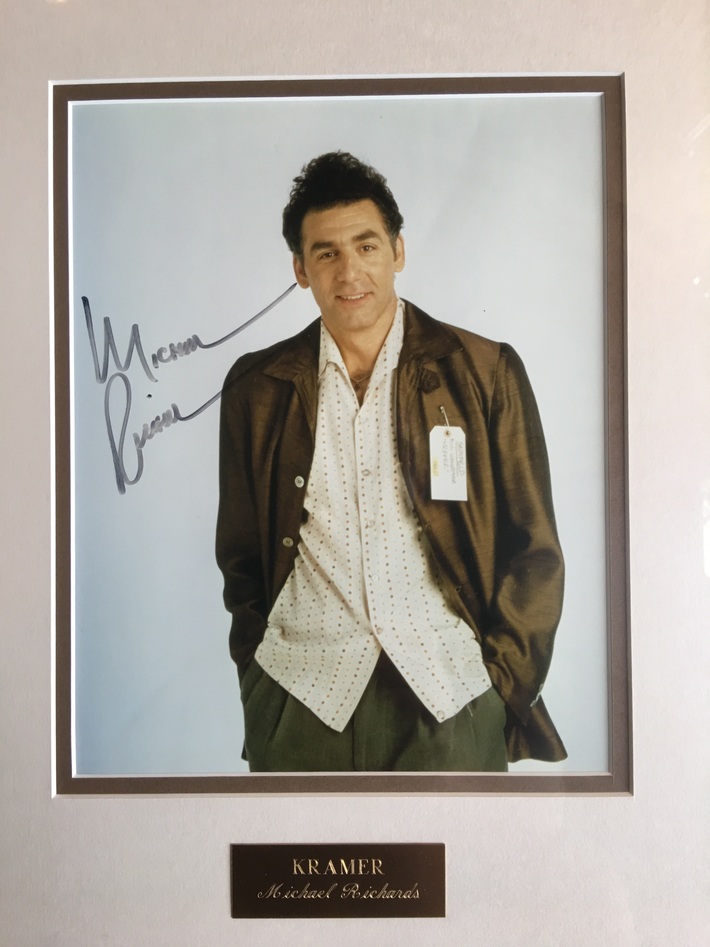 Here is a Seinfeld cast signed photo that was given to the cast and crew by Jerry Seinfeld for Christmas.

My brother in law was the photographer of this photo. Great image.  I always appreciate members sharing stories about their interests and how they acquired items in their collections.  Thank you for sharing J. Seah.

Based on the signatures on your authentic signed photo, the Michael Richards signed photo looks way off to me and the cast signed photo is also questionable.  Would appreciate opinions from others since I am often wrong but not holding my breath for good news on these two items.

I've been collecting Seinfeld cast/guests (any no matter how small the role) in person for a while now, though never have got Michael and Julia yet, only bought a photo of each and a cast photo way back when I was buying and probably was not as knowledged, and they may or may no be legit.  That Julia though seems to have a lot to it, more than the b/w cool piece posted or others I've seen over the years.  The solo Kramer piece is so different from any I've seen, and for the most part he seems to always sign sideways (top to bottom, in one line or two) from my visual knowledge, so I'd say no on that one but no idea how old it is, if he ever signed that way.  He does tend to have a partial printing style of some letters but still not sure about that cast one.

I've gotten Jerry and Jason a number of times, and a recent Jason from a private signing w/pics shown of items being signed (funny his J is diff from the private than all the in-person & b/w below, which is what I've always seen.)  But I think the color cast one is a bad attempt of his autograph (my opinion only).  I thought the Jerry might be legit, as I have some every letter autographs from sources, and some first name ones not quite every letter (most by IP ones) but it seems there's a little extra in the double r's there.  And his last name out/about the i is usually the first part of the n with the dot somewhere overhead, except for he's on his own time/non-rushed environments where he signs like the b/w one appears, nice and lined up, not appearing rushed at all.

With that said, I'm thinking it's not completely legit, if any at all.  Curious what others say as well.

Thank you for your response Todd Johnson.  It is very helpful to hear specific details about signing habits and potential issues making a signature atypical.

Clearly the "M" on the Michael Richards signed photo is different from other examples I have seen.  However, knowing he generally signs vertically on one line is also very helpful.  Although there are no absolutes, knowing tendencies provides additional data points to consider.  I feel this item is likely not authentic based on research and feedback.

I was hopeful about the cast signed photo but agree with your concerns.  The "J" in Jason Alexander looks different from what seems to be his more typical "J" that looks like a lowercase cursive "f" to me.  The JLD signature also seems inconsistent with other I have seen.

One of the considerations I have picked up from this forum is the context in which an item was signed.  J. Seah's example is shows clear and unrushed signatures.  I have no provenance in my photo so don't know if signatures were supposedly acquired by a crew member over time or done at the same time for promotional use.  I doubt these were collected individually on the street or TTM.

I welcome additional feedback but seems like most are leaning toward likely not authentic.  As always, I prefer positive feedback but greatly appreciate all feedback as I continue to try and sort the good from the bad in my collection.  Thank you for your help.

Both appear fake, especially the Seinfeld and the Richards.

Thank you Steve.  Always appreciate fresh eyes and candid feedback.  I had my doubts on both of these items and agree with the feedback from you and others on this thread.

I have previously posted other multi-signed items.  In general, if members comment that one or a few look either good or bad, I assume all are either good or bad (although I know it is possible to have good and bad mixed).  In this case, it seems each signature has been specifically addressed removing need for assumptions.

I appreciate everyone sharing their knowledge, expertise and stories as I continue to weed through my collection.