This isn't new as such, but it's something I have worked on and now  is complete,. The entire roster of the 1981 Montreal Expos, mascot Youppi, and broadcasters all signed. Included is broadcaster, sometimes hitting coach Duke Snider in a rare, signed Expos uniform. Also ticket stubs from games I attended and a few swatch cards. That looks really great but are the cards touching the glazing? I can't tell.

Thanks. The cards are all protected in acid free sleeves.

It's always cool to find items signed by married (or otherwise linked) couples. Researches debate whether or not it was a 'lavender marriage,' but Barbara Stanwyck and Robert Taylor were A listers who were technically married for quite a while in Hollywood terms. 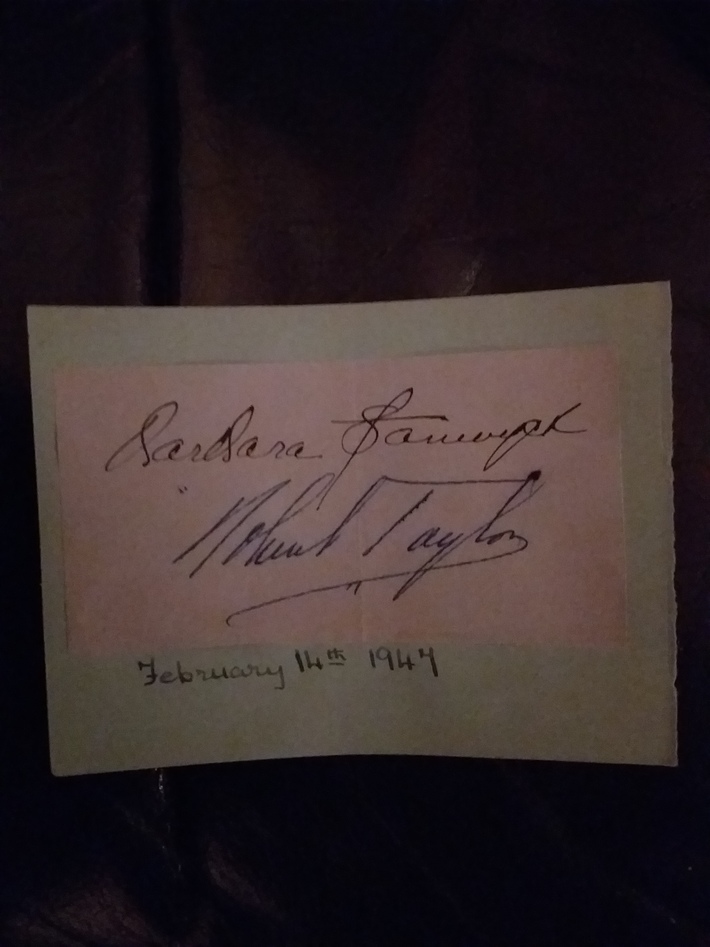 Submarine [Richard Ayoade, 2010], U.K. quad poster, signed by the director and bought from his own personal collection: First addition of the new year My neighbor is moving and gifted me this Audioslave poster he had personally signed by the band back 2005. He won tickets from the local radio station and did a meet & greet after the show on their bus. The other picture is from a guitar I had obtained in 1999 from a now defunct radio station in Portland, OR (KUFO).

Since Audioslave is 3/4 Rage Agaist the Machine it shares signatures. Nice to have a Chris Cornell signature in my collection. Yes, lovely bold body sigs, great even placement and nice on the eyes!