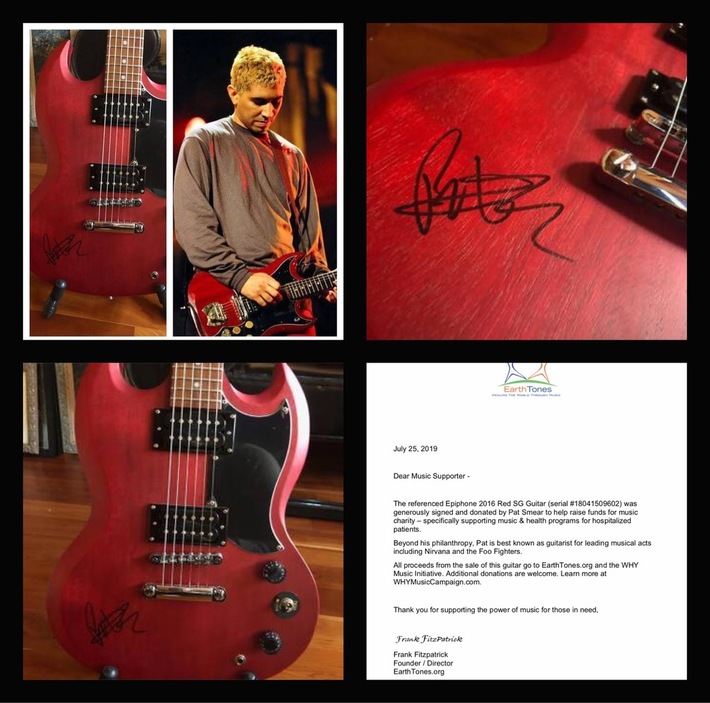 Dana Carvey, Dennis Miller, David Spade and Jon Lovitz signed poster that I just acquired! This was on display at San Manuel Casino from a one night performance by the three. Auction site got it directly from the casino. A one of a kind!!! 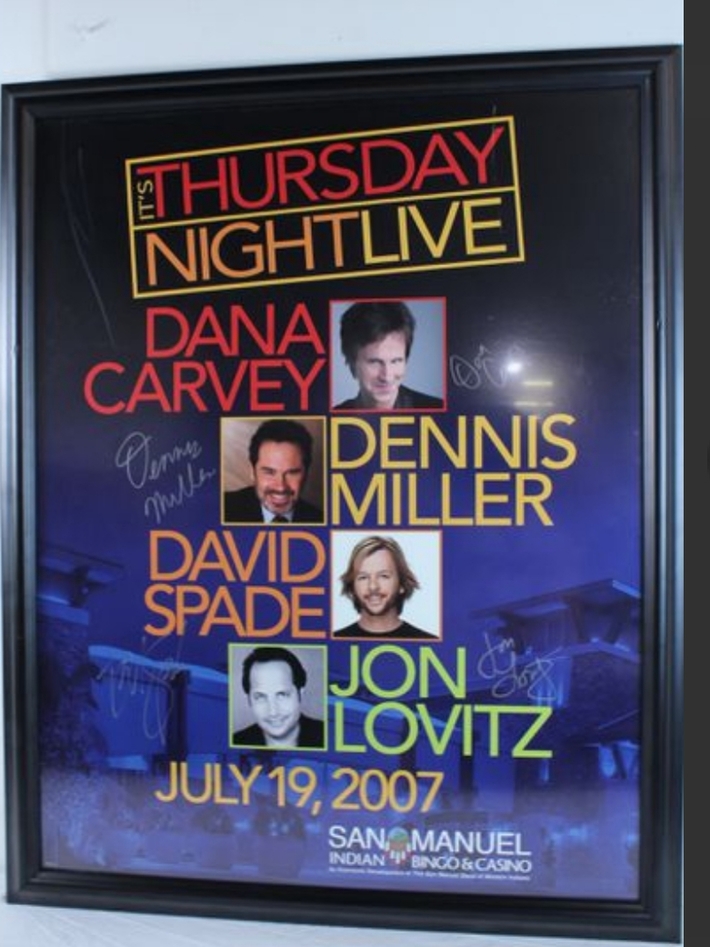 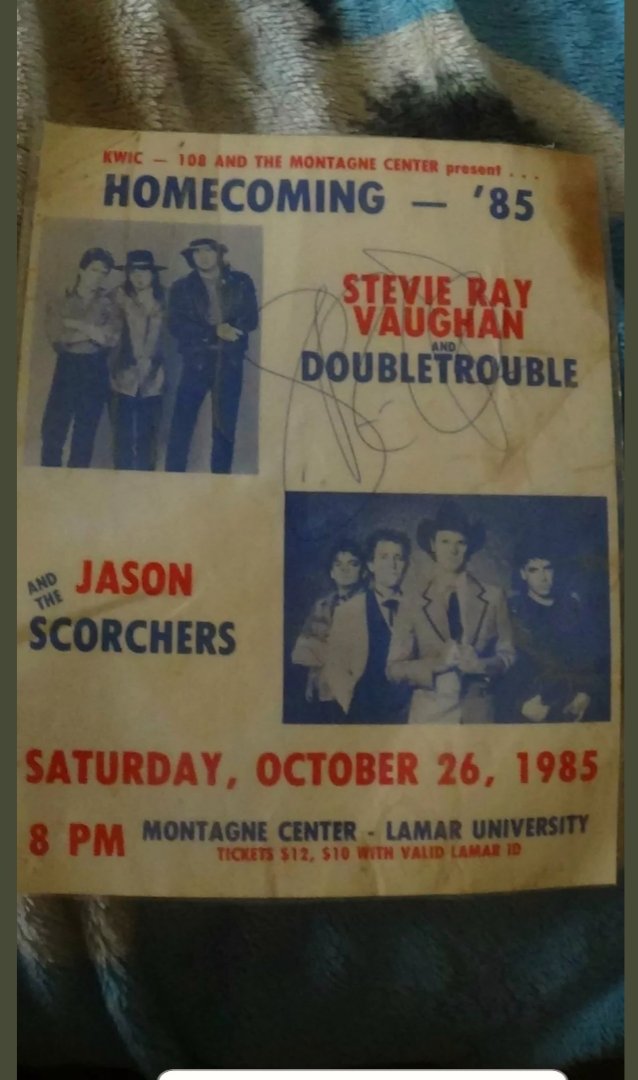 Nice. Signed during the "Soul to Soul" era. Signature style matches the 1985 time frame of the show.

Nice. Let me know if you want to part with it. That was a good day for me. 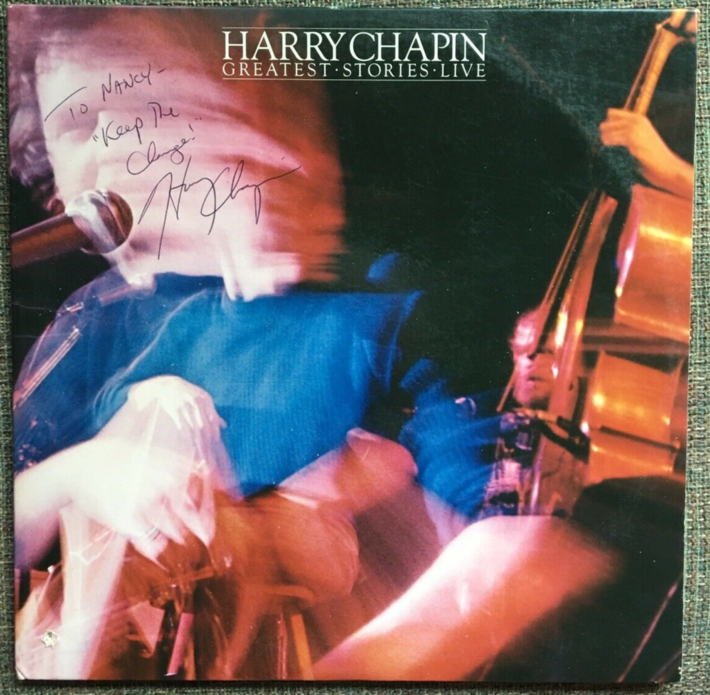 "A History of the Neville Brothers" signed by the full band, including Aaron, Art, Cyril & Charles. Gloria Swanson matte finish gelatin silver double weight 8x10 signed portrait with photographers embossed stamp lower right, dedicated and inscribed in blue fountain pen "To Dominick from Gloria Swanson, "Sunset Boulevard", 1949", which is well before the film was even finished being written. It was finally finished in January 1950 with major re-shoots - the original introduction began in a darkened morgue with Bill Holden's glowing drowned corpse under a sheet talking to a dead little drowned boy under a sheet and freaked audiences out. It was eventually released several months later in altered form with a new intro and ending. I have a copyrighted 1949 production still showing the original unused bedroom ending scene which I will pair with this. What better example of an inscription giving a context - date and time and sometimes location? This pretty much IS "10086 Sunset Boulevard!" Really a two for one, as it is the films title as well ;)

Note - the scan is looking a little light to me, at least on my laptop.. 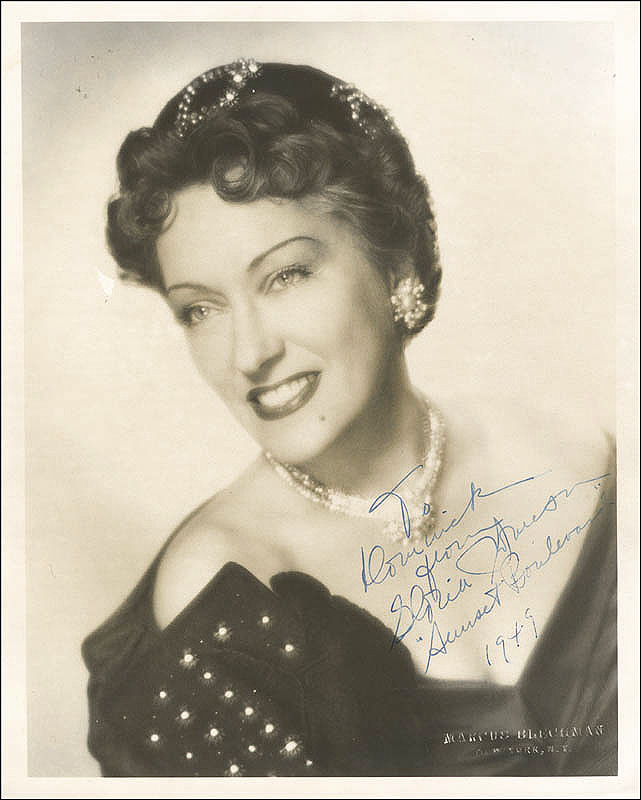 Marvin Gaye signed 1966 promotional photo. One of my favorite pieces. This is one of my favorite acquisitions.  It is certainly a joy to add a more vintage Harrison Ford autograph to any collection. 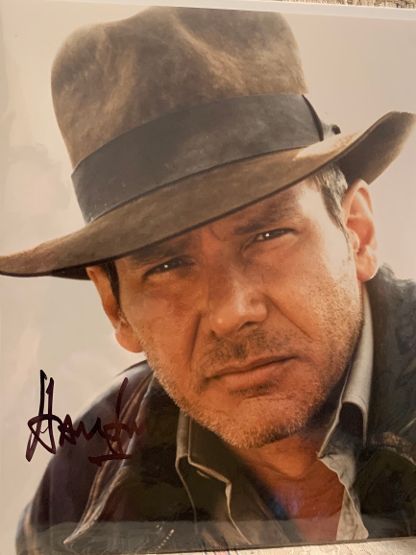