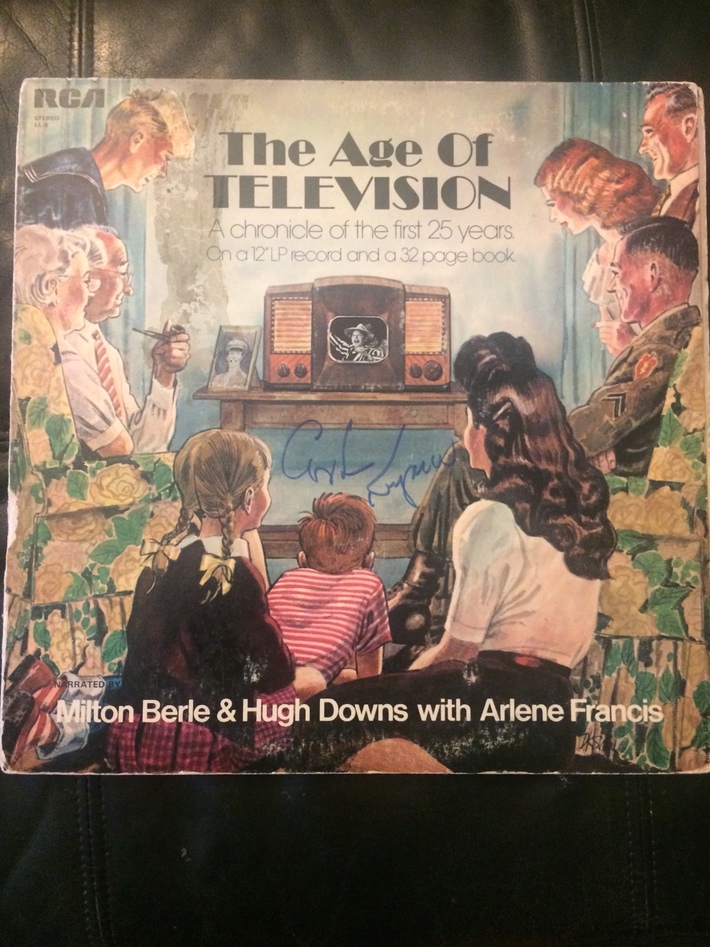 I thought it might have been a very senior Arlene Francis scribble...but that's not the last name of this autograph.

Thanks Josh . . . this post has driven me crazy all day.  I thought the first name may be "Carl" and checked "Carl Reiner" signatures despite the last name looking more like "Krymer".  Did not find anything on google based on best guess of what is written.

First name may be Carl, Carol, Curt.  I also thought it may be Arlene (who was married to Neil Agnew 1935-45 if "Agnew" could be the last name).  Last name seems to have an "rym" in the middle but not sure about the first letter (K? F?).

I hope someone figures it out but appreciate being able to take a shot.

Thanks, beardog. What drives me bonkers about it, is this. It is almost legible!!! Sometimes, people post a scribble, and...it's anyones guess. Especially on an index card. But...this was specifically signed by somebody, on a TV album. So, it seems like it could be ANYONE, as many have appeared on the boob tube. BUT...it eliminates athletes, movie stars, singers, etc. The same person I bought these from, had lots of TV signed stuff (Partridge Family albums, Carol Burnett, Merv Griffin). Those are not only easy to read, it's on their albums!!!! This one is just...vague!!!