Four days ago I sent this WWE World Heavyweight toy replica Championship Belt to Kurt Angle https://en.wikipedia.org/wiki/Kurt_Angle  asking him to sign it for me.  It came back today, quick turnaround time, signed as requested.
The belt is for the WWE World Heavyweight Championship, https://en.wikipedia.org/wiki/World_Heavyweight_Championship_(WWE)  which Kurt Angle won in a 2006 Fight.
https://www.youtube.com/watch?v=L3KDBYWCaA4
The trick for such a quick turnaround time is, Kurt Angle lives only about 15 miles from me here in Pittsburgh, PA.  That and Kurt asks for a $5 money order for him to sign a photo that you send and he then donates that money to his favorite charity.  Since I was sending something bigger than a photo, the belt, I sent him $20 which evidently assured me for it to be signed and quickly.
I am so happy to have my hometown champion to sign a belt for me. 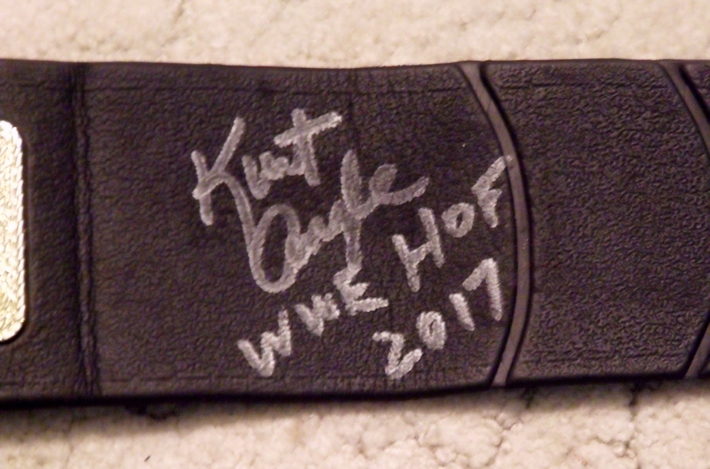 very nice joseph! it is awesome that kurt angle is still awesome to his fans!