Back in March of 2013 Johnny Winter, who died just a year later, was in town and before his show he did a meet and greet, that only about 12 people showed up for, at the local record shop.  I went to that meet and greet and it turned out that the only requirement that he had for it was to buy his just released “Roots” album which I did.  He signed it and also anything else that we had with us. 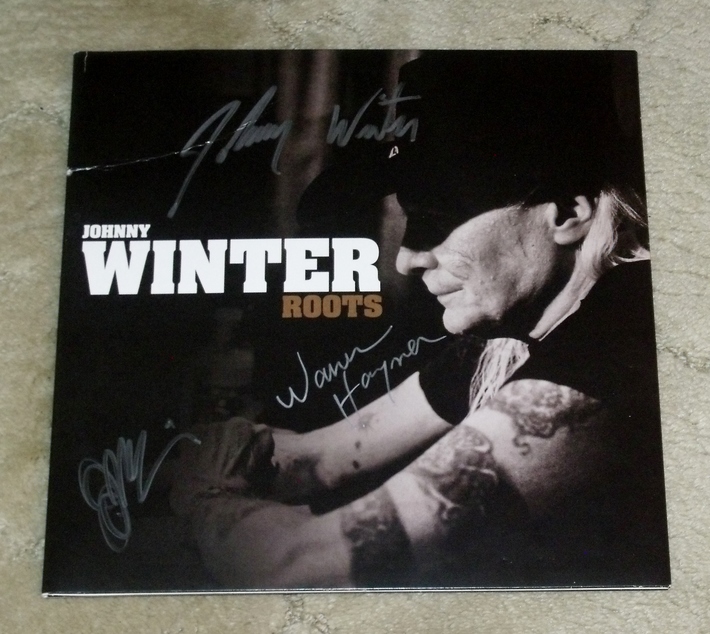 There are quite a few musicians that recorded with him on the album that I am meeting when they are in town to add their signatures on the album.

Just 12 days ago on the 11th of September John Medeski was in town at a local club and thru some hook by crook I was able to get him to sign the album. Just this past Friday, the 20th of September, Warren Haynes of Gov’t Mule was at a local venue and I was able to get him to add his signature as well. 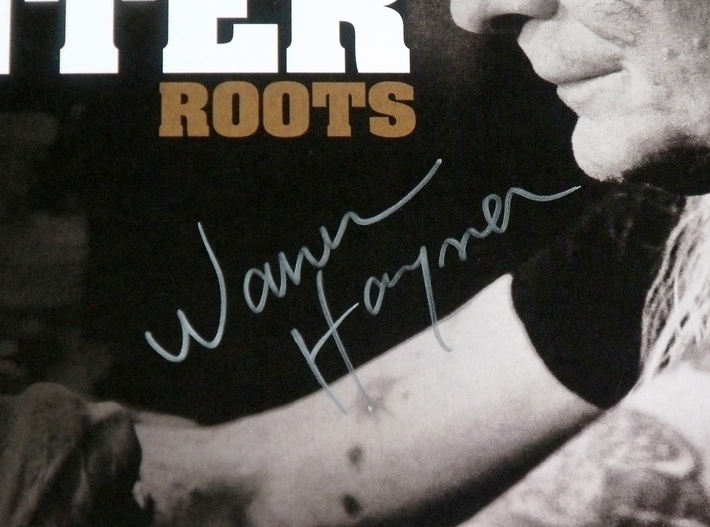 There are 5 other musicians on the album that play Pittsburgh from time to time that I will be watching for when they play here again to add their signatures on the album too.

I was able to add Vince Gill this past November 1st and Susan Tedeschi and Derek Trucks are coming to town in February.  Weather permitting I hope to add them as well.