Went out to the Guitar Center store in Robinson this evening where Nita Strauss, lead guitarist for Alice Cooper, did a guitar clinic while she is in the area for the Alice Cooper concert tomorrow tonight, the 26th.
She was scheduled to do a 1-hour session but it ran over to almost 2 hours.  She demonstrated her musical abilities on the guitar playing several of her songs that she plays in the show, giving detailed talks about the guitar and other musical instruments that she uses and plays in the show along with lengthy question and answer talks with the audience about anything and everything that the audience asked.  I can tell you that it was a really great time and I am so glad that I went.  When she was playing the guitar she was in full concert character while playing the songs and it was like being right there in the front row.
I had a couple items along with me that I had hoped to get signed and it turned out that she did a meet and greet individually with everybody there, signing autographs and taking pictures.
You can see in the photo of her and me....she is not a little girl.  I am 5’-7” and she is an inch or two taller than me.  An exceptional night for me.
A short Wikipedia write-up but a very detailed one.
https://en.wikipedia.org/wiki/Nita_Strauss
https://www.youtube.com/watch?v=07zZ4jPpzE4 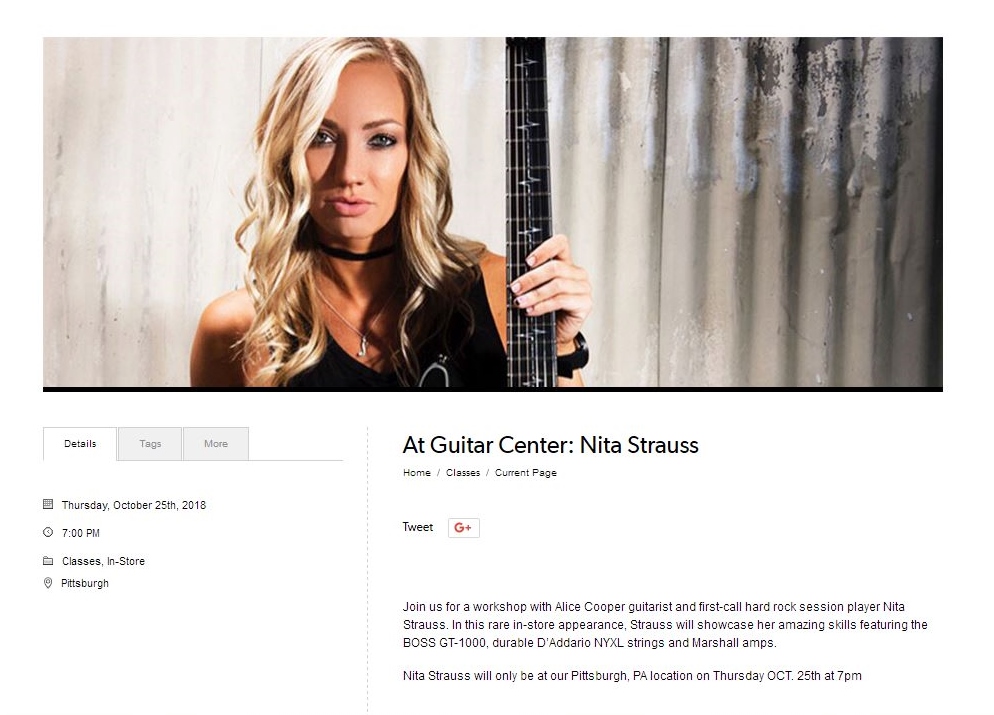 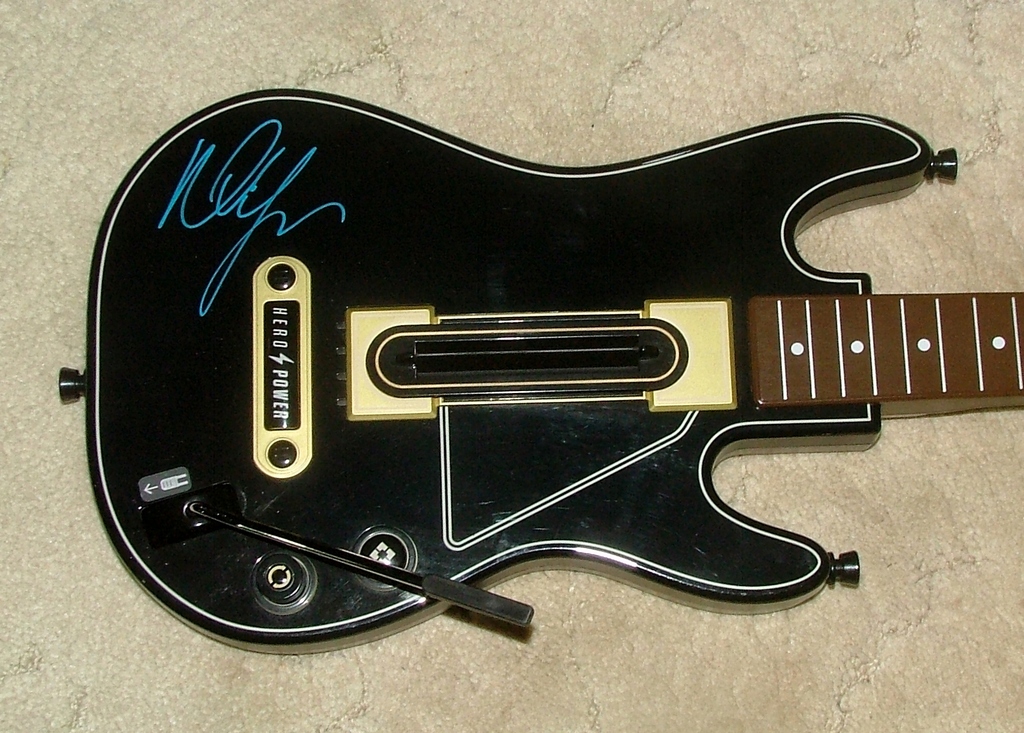 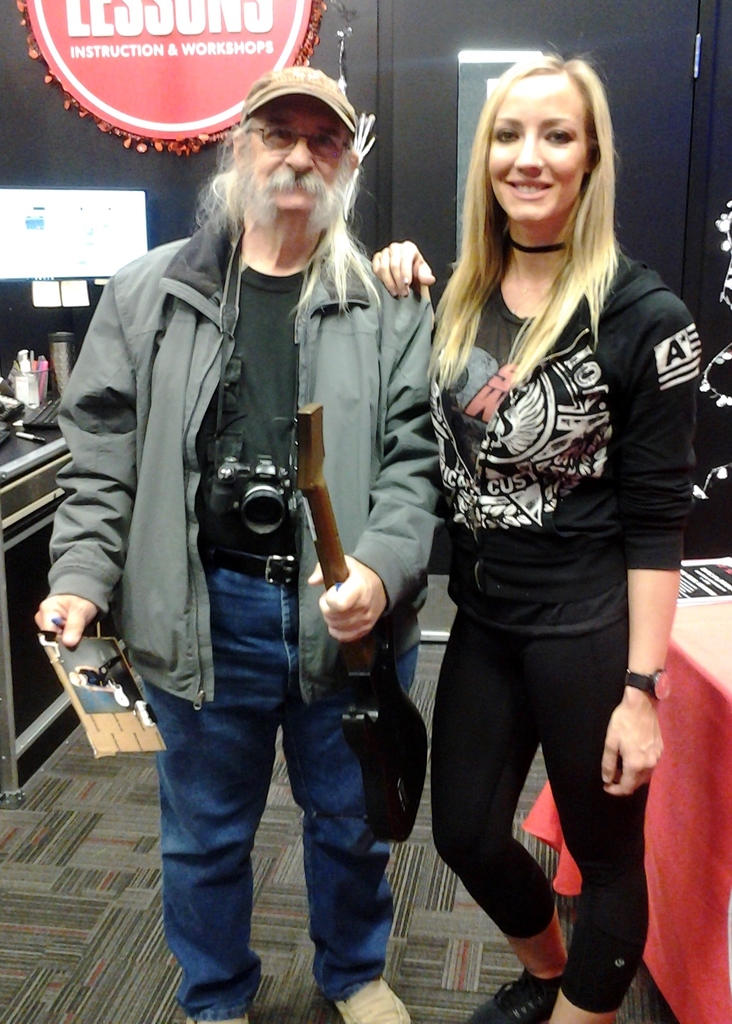