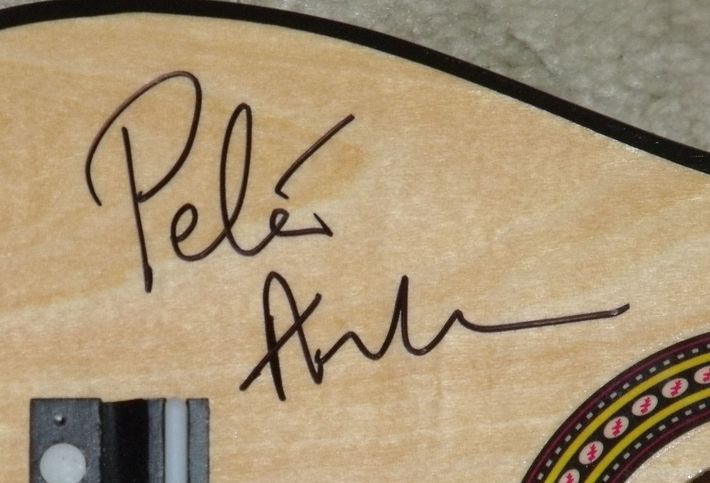 Went down to the Club Cafe this afternoon where Peter Asher, https://en.wikipedia.org/wiki/Peter_Asher , surviving half of the duo Peter and Gordon  https://en.wikipedia.org/wiki/Peter_and_Gordon , was performing with his show, A Musical Memoir of the Sixties and Beyond!.
https://mim.org/events/peter-asher-a-musical-memoir-of-the-sixties-...
Only had an hour and 15 minute wait til he showed up but I almost didn't get the autograph when he just suddenly was there and was too quick going thru the door into the club as I called out to him from where I was waiting nearby.
He must not have heard me because he didn't turn around.  All was not lost though as I crossed the street to wait again next to the entrance door.
A few minutes later one of the girls working the venue came out and went up the street a few doors to get some food.  When she returned I met her at the door and asked her if she would ask Mr. Asher to come back out to sign an autograph for me.  Unsure of just what to say to me she said that you would tell him and sure enough just a couple minutes later he poked his head out the door and asked did somebody out here want me.
I immediately said to him "thank you Mr. Asher for coming back out" and then explained to him why I was there.  He appeared to happily sign my guitar for me and then thanked me for being there and I thanked him for signing for me.  Then he went back in the club and I left for my car and the ride home.
https://www.youtube.com/watch?v=HB6l4i-zA_Q
https://www.youtube.com/watch?v=Tdx6lLvvRyg

I enjoyed reading that.

I enjoyed writing it.

We all liked their music back then.