I just read this but supposedly Mr. Quaid and his wife stiffed a hotel in texas for a hotel bill. Hopefully their is a simple explanation or maybe he just would not sign any autographs at the hotel for any of the guests or the help at the hotel? May be Chevy Chase was to pay the bill?

Sometimes the media jumps on stories without asking enough questions.

Yesterday, Christmas Eve, was one of those days.

The lead video on TMZ's Web site was an airport encounter with a so-called fan and James Cameron. The "fan" had an "Avatar" poster he asked Cameron to sign. Cameron refused and the guy got pushy. Not like an adoring fan asking again for an autograph. Not even like an aggressive professional autograph runner—unless he was the dumbest one in the world.… Continue

HAPPY HOLIDAYS TO EVERYONE!!!

I thought I would leave a Sci-Fi type X-mas pic since I am a Sci-Fi Guy!
Thanks to the magazine for allowing me to be a part time writer, and readers for reading the mag, and all my Sci-FI Scene columns since 2005. I hope to include more sci-fi conventions and interviews within the magazine in 2010! Peace. This is a fun read through, as this site shows some timelines of a few Science Fiction films we all know and have come to love, or at least, some of them!!!

Many people have either heard about, seen, or own signed Jeff Gordon & Dale Earnhardt Jr. autographed items that include the individual driver's numbered hologram.

These Holograms were designed for the drivers as a way for fans to know that they have purchased authentic signatures. However, there are some very strong misconceptions regarding these holograms. I hope to clear these issues up with this blog post.

1st, Let's look at the holograms on signed 1/24 scale… Continue

Which NASCAR Autographs Do YOU want to see? ....

Which NASCAR driver do YOU want to see a signature study done for first?

The initial list of drivers for the first Study is

reply to this blog with which driver you want to see signatures of . I will count the votes in a week and then start the study for an upcoming blog.

I want the NASCAR section to be in tune with the pulse of the hobby.

For those who aren't familiar with "Pawn Stars," it's a show on the History Channel about a family who owns and operates a pawn shop in Vegas. I'd seen ads for it now and then while channel surfing, and at first glance, it looked like yet another crummy reality show featuring a dysfunctional group of people trying to run a business while fighting with each other. However, I was pleasantly surprised to discover the show is more like "Antiques Roadshow," where customers with an eclectic array of… Continue

It is about time that someone in the Media the NATIONAL NEWS . To see what others are doing to a great hobbie like Autographs. To gain money from others hard work and to keep those from stealing from them. 20/20 did that and more and thanks to Mr.Steve Cyrkin on there showing these thugs for what they are. What a Scam to rip off from there full color adds they put out. Saying they have the real deal. And all they did was take a photo from another guy, photo shop it to there needs. Then make's… Continue

Gene Barry has passed. He was in so many films and television.

I however, remember him fondly in the sci-fi film War of the Worlds.

Here is yahoo's obit for him! 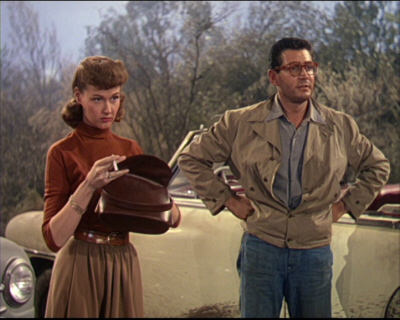 WINNER of the FREE JIMMIE JOHNSON, KNAUS, & HENDRICK POSTCARD is....

THE WINNER IS HEATH LAWSON!!! Heath guessed 84 cards and the correct answer is 116 total signed trading cards in the photo!! Congrats Heath!! I will be sending it out to you this week. ENJOY!!!

Lots of collectable stuff in the news lately.

In Rome, police seized works by Van Gogh, Picasso, Cezanne and other big name artists, in a crackdown on assests that were hidden by a disgraced founder of a dairy company called Parmalat.

There were about 20 masterpieces stashed away in attics and basements in various apartments. They're valued about $150 million.

I just caught up on a weeks worth of TMZs on my Tivo. I swear, I hate so much of what that show does. In one segment, they got James Belushi made by continuing to make fun of the basket on his moped. And, when celebrities get bothered by people with cameras, that often translates to people asking for autographs, getting stiffed by them.

But George Clooney, as always, was signing up a storm. At one point he said "I thought the Batman picture I signed last time would be the last time I… Continue

I just saw the tail end of this. Probably because the news shows were all focused on the Tiger tail.

C'mon. That was good.

Anywhooo...this big, heavy set African-American, was trying to sell a black surgical mask that belonged to Michael Jackson. He told the British reporter (who I believe worked for… Continue

I'm watching a TMZ from a week ago, and I saw Anderson Cooper signing autographs. It's always amazing to see newscasters being swarmed for autographs. If I had a run in with a legend like Dan Rather or Walter Cronkite, unless I could think of something clever to have him personalize...otherwise, I wouldn't bother.

I saw the movie Precious tonight. It goes down as one of the worst titles in movie history (even surpassing "Ice Station Zebra"). The full title is something like:… Continue

On TV tonight, someone named "Guy" something or other (my girlfriend just yelled from the othe room "he's the guy they call 'the food dude'.")

He was doing the 10 at 10 questions, and I didn't hear the question. But he said his car had broken down once and he was on the side of the road. A bunch of young guys pulled over, and he thought they were going to help him. Instead, they just asked for autographs and left.

A couple of weeks ago, I was in Burbank, CA for a signing of my book, "Character Kings." Many of the customers bought multiple copies, telling me they intended to use the books as gifts for the movie lovers on their Christmas list.

Since it 'tis the season for giving, I would like to give Autograph readers the chance to win a copy of "Character Kings" signed by four of the great actors featured in the book:

Black Friday -- The Perfect Gift for the Collector in Your Family

No, I didn't spend Black Friday shopping for autographs and memorabilia. I slept in. I woke up 30 minutes ago, and ate some leftovers. Ahhhhh....life is good.

But I saw this collectable that I couldn't pass up on blogging about.

The Navy plans to give away the retired aircraft carrier John F. Kennedy. Yes, you heard correctly. "Give away".

Sure, a Kennedy signature (no matter how sloppy and hard to read he always made it), would be a nice stocking stuffer. But… Continue

There's a 20-DVD set of World Series films that you can buy for over two grand. The perfect stocking stuffer if you're related to Ken Burns!

A limited edition run of 100 sets was put together by Major League Baseball Productions, A&E, and Mounted Memories. And, this will contain 65 films from 1943 to 2008. That's 50 hours of baseball watching fun! (I wrote that sarcastically, not sure if you could tell)

There are also authenticated autographs of 12 Hall of Famers,… Continue 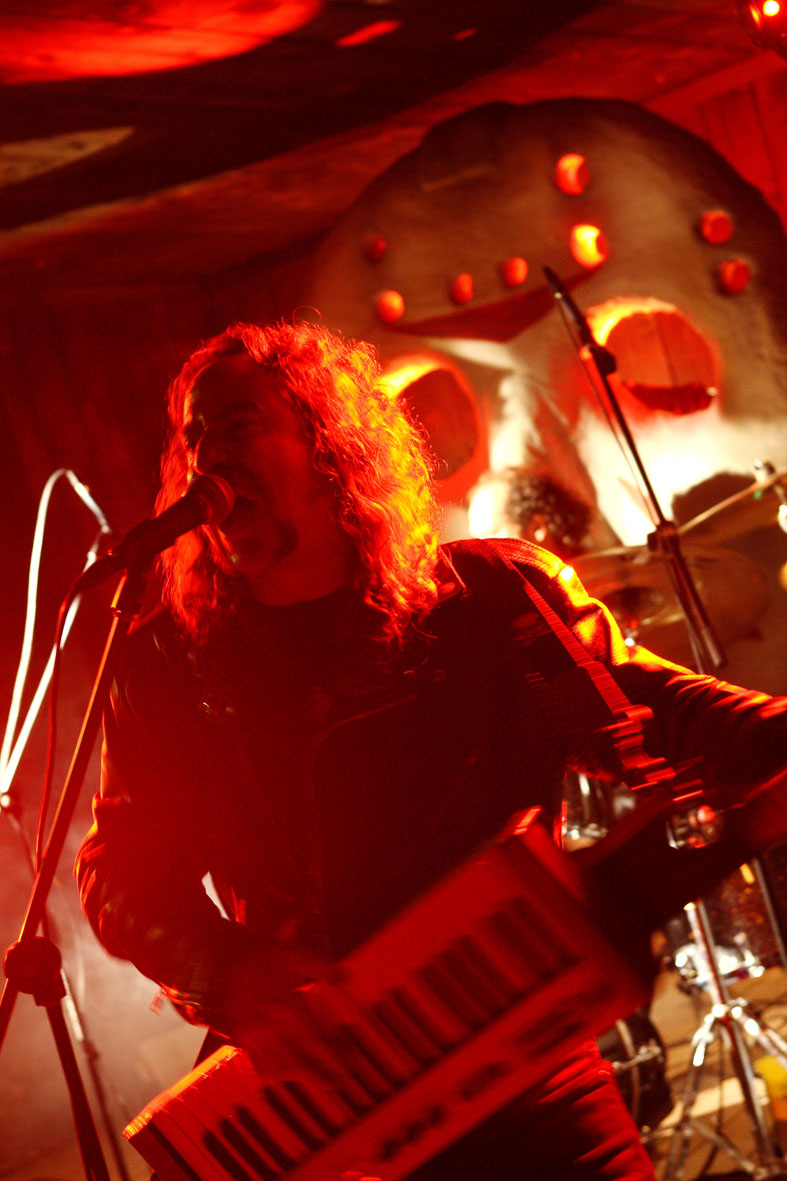 Update from Ari Lehman, the First Jason Voorhees:
FIRSTJASON and I recently returned from The Festival de Cine de Terror de Molins de Rei, near Barcelona, Spain where we performed a triumphant concert for the capacity crowd. Many major stars of the Spanish Cinema were there, including Jaume Balagueró, the director of the movie REC, who rocked out while FIRSTJASON performed onstage outside the festival theatre. The promoters created a giant Jason… Continue

NASCAR season is over let the autograph collecting begin!

This is the first time I have ever posted a blog ANYWHERE so be kind Guys!

Ok I'm pretty new to NASCAR autographs but as of late they have peaked my interest.
My neighbor had a extra ticket for Watkins Glen this year and I had never been to a NASCAR Race before. How could I refuse when He said… Continue