I'm sure this item has confused some signers...

When Kirby Puckett held his annual fund-raising pool tournament he would have a meet and greet for a small number of fans.  I took my son to one of these and we brought along a color cut-out of Kirby's head (originally part of a ballpark promotional hand-out KIRBY FAN fan).  When we placed the face before Kirby he loudly exclaimed "YOU WANT ME TO SIGN MY FACE??!?!" and laughed the entire time he was signing it. 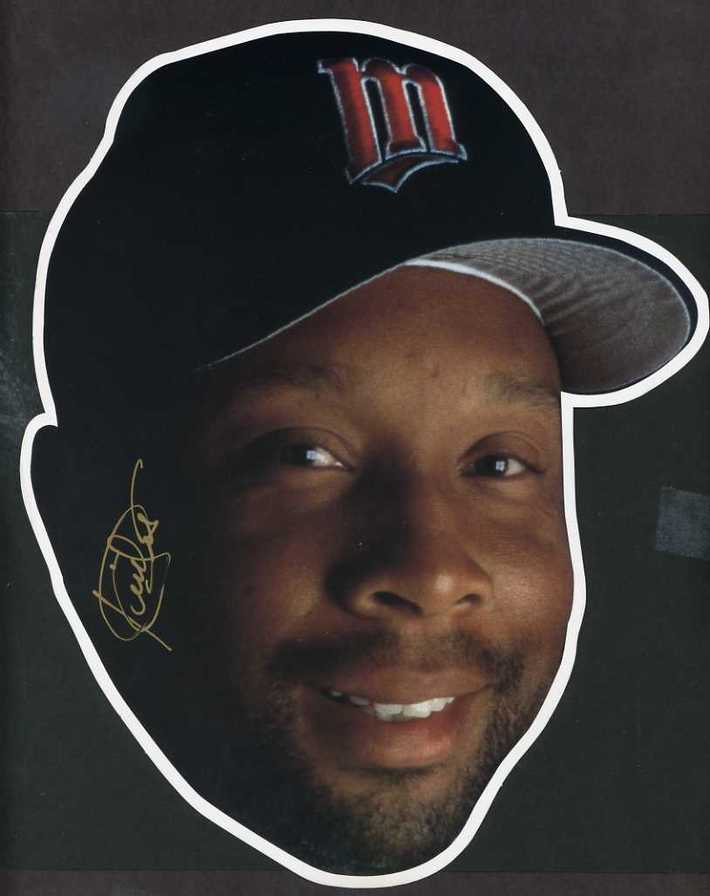 Thanks, Peter.  I am glad that you liked it.

That is a great story, Martin.  Thanks for sharing.  I miss Kirby.  He was a class act.

I dunno. I don't like weird items being signed, unless there's a great reason. I'll give two examples. I was going to interview Dennis Hopper for a photo exhibit he was doing in San Diego. I brought this crazy gas mask thing I got from a nurse I was dating, as he used one of those while raping Isabella Rosellini in Blue Velvet. Security WOULD NOT let me in, after asking what it was, and why I was bringing it in. Not sure why I didn't just say I had a medical condition, instead of telling them the truth. But...another time, when AUTOGRAPH MAGAZINE was in newstands, this person wrote a brilliant story. He worked at a catering company during college, and...was always told NOT to ask for autographs (they were in L.A and did a lot of parties with famous people). Once he asked a star, but all there was, where white, plastic knives, so they signed that. He then decided...he'd get plastic knives signed. He'd send them to celebs and tell them why. They'd write inscriptions and sign them. Woody Allen sent him back a letter from a lawyer, saying that sending a knife is considered a threat, and if they hear from him again, they will seek legal action (and a letter like that, in my opinion, is a nice addition to his collection!)

I once presented a prescription pad to De Kelley to sign but he was way too drunk.

Josh, a gas mask and white plastic knives are undoubtedly two of the most obscure items that I have ever heard of autograph collectors asking to have signed.  Thanks for sharing your story, and thanks for the comment.  Take care.

Very interesting, Eric.  That would have made for a great story, and still does.  Thanks for sharing, and thanks for the comment.  Take care as well.

I'm a big Rush fan, and I had Curtis Armstrong sign my cd, because his character Snot, played air guitar to 2112 in an episode of American Dad. 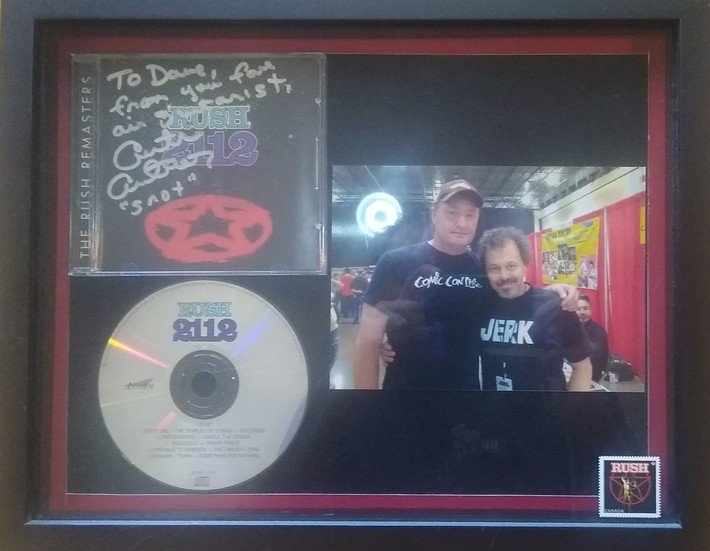 That is a terrific idea, Dave.  Very unique.  We’ll done!