The Matrix Resurrections star participated in a fun round of "The Colbert Questionert" during his Wednesday appearance on The Late Show with Stephen Colbert, during which he revealed which two celebrities he has asked for their autographs.

"It would have been really disappointing if it didn't say 'Lou Reed,' " joked Stephen Colbert, to which his guest replied, "I know, but it could have said, 'All my best' or ... "

PAID CONTENT
Work with the longest-tenured reconstruction specialist in Southern...
40 years doing the same thing with the same results. In reconstruct...
From Av Builder Corp

Never miss a story — sign up for PEOPLE's free daily newsletter to stay up-to-date on the best of what PEOPLE has to offer, from juicy celebrity news to compelling human-interest stories. RELATED GALLERY: 9 of the Weirdest Things Celebrities Have Ever Autographed

The second celebrity Reeves approached for their John Hancock was none other than legendary comedian George Carlin, whom he appeared with in 1989's Bill & Ted's Excellent Adventure.

While the actor "always thought he just wrote that for me," he admitted, "then I met someone else who said that he wrote the same thing to them! Anyway, beautiful."

Well, in all fairness to Keanu, the question wasn't quite that specific and did leave some room for interpretation. 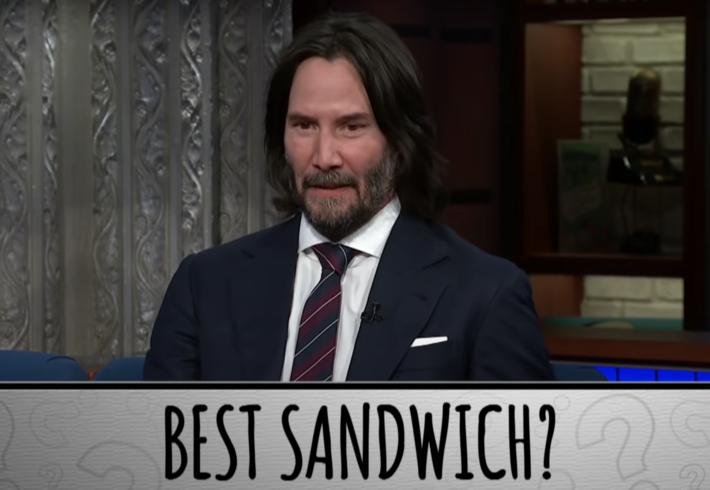