We were discussing on the IS THIS AUTOGRAPH REAL section an exemplar of a self caricature profile sketch and signature attributed to Alfred Hitchcock. TPAs Beckett and PSA gave a thumbs down to it on their quick opinion signature reviews while JSA had issued a full LOA for it earlier.

As I have looked around online, it seems there have been tons of these sketches that claim to be from Hitchcock's hand that have been bought and sold over the years. Examples of past sales from various auction houses and dealers can be readily found under Google images.

My question to the more seasoned eyes than mine on this forum is.... what do you think? Could Hitchcock have possibly rendered this many of them in his lifetime? Did he oblige with a sketch on a regular basis with fans?  Some of the ones that I have seen prior listings for say that they were obtained through the mail. Do you think that was a good source for an authentic one?

Here are two that I have found that seem almost uncanny in being identical. "Ruth" is a dedicatee on both. 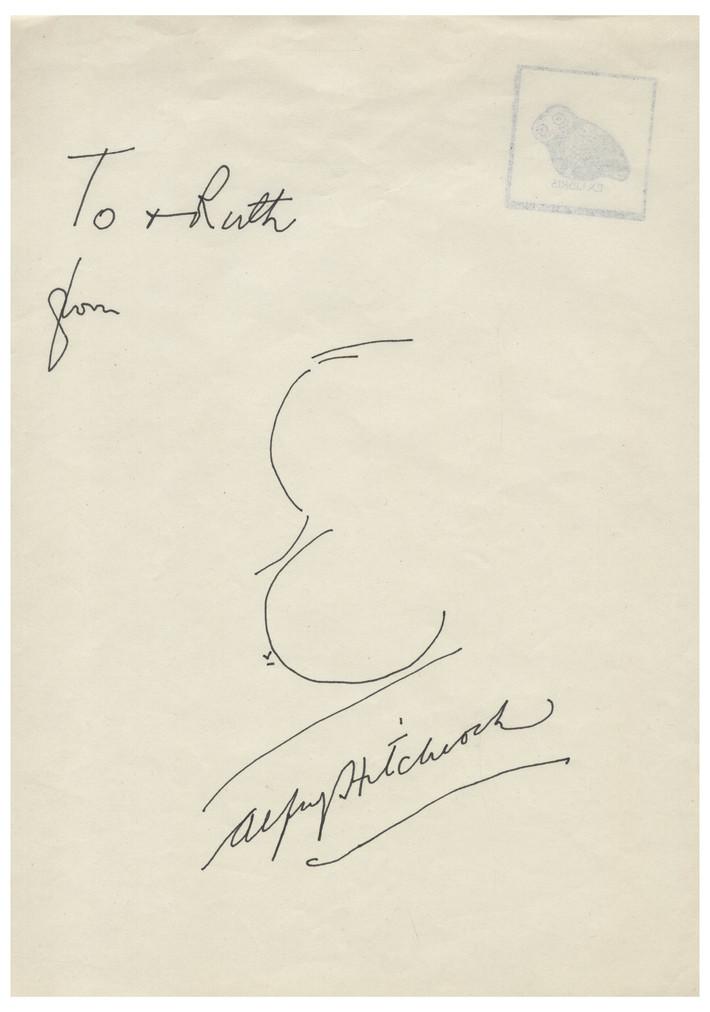 Again, I would love to hear thoughts on Hitchcock sketches and your own experience as a collector. For that matter, anyone own one that you would like to share an image...possibly even the story behind it? That's great, Mike! Is that an earlier sketch from him?

Yes.  My best estimate is that it was signed sometime in the 1940s.

You've got a treasure there, Mike!

Thanks, Etienne.  I am glad that you like it.