Sent this card of The Watcher, played by Adrian Gibbs, from the Doctor Who BBC TV Series, to Adrian Gibbs in England asking him to sign it.
Aside from him maybe rushing to return the card just a bit before the ink was completely dry, I am very happy to have it.  Over the years of putting together a nearly as can be complete set of signed Doctor Who characters cards, this is the last one that I needed.  He never actually did a sit down official signing with the card company like all of the other characters did so his was impossible to find until I found an address in England to send it to to ask for him to sign it, which he did. 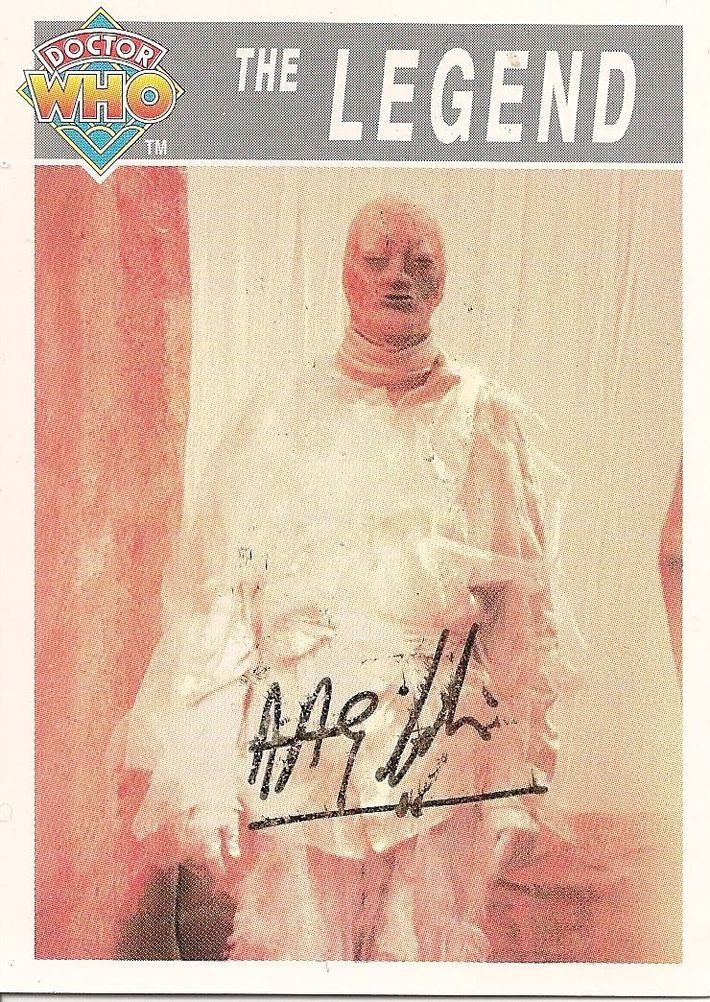 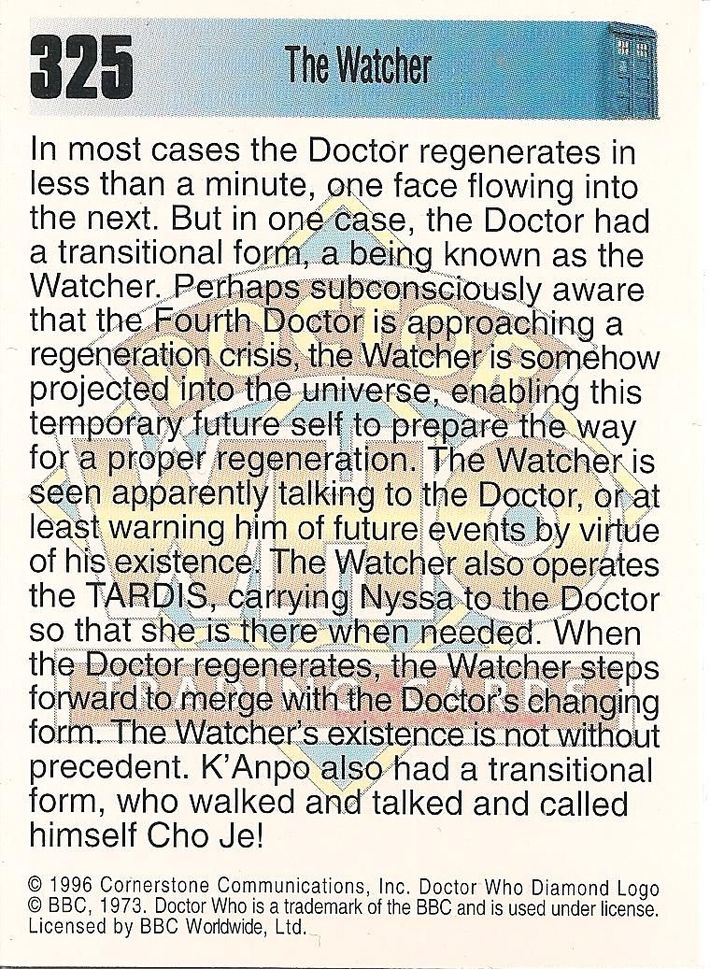 It came back in the mail today, signed as requested along with this note that he also added. A link to a video of the portion of the Doctor Who episode that his character is most prominent in.
https://www.youtube.com/watch?v=l3w-BHsXt4I