Mainly curious about the 1991 fleer, so I included closeups.  I traded for this card around 1991, so before jordan signed with Upper Deck, but this is more of a vintage style signature and not even sure this is the correct timeline for this type of signature.  I traded an Upper Deck SP1 baseball jordan that I pulled from a pack for it with a kid around my age 13 or 14 at the time. so was 1991 most likely. We were at a card show in Raleigh, he was attending the show from Charlotte and said someone in his family had gotten the card signed after a hornets game.  I always assumed it most likely wasn't real, but I paid a dollar for the pack where I pulled the jordan, so was always worth at least taking the chance.

Thoughts?  Thanks in advance. 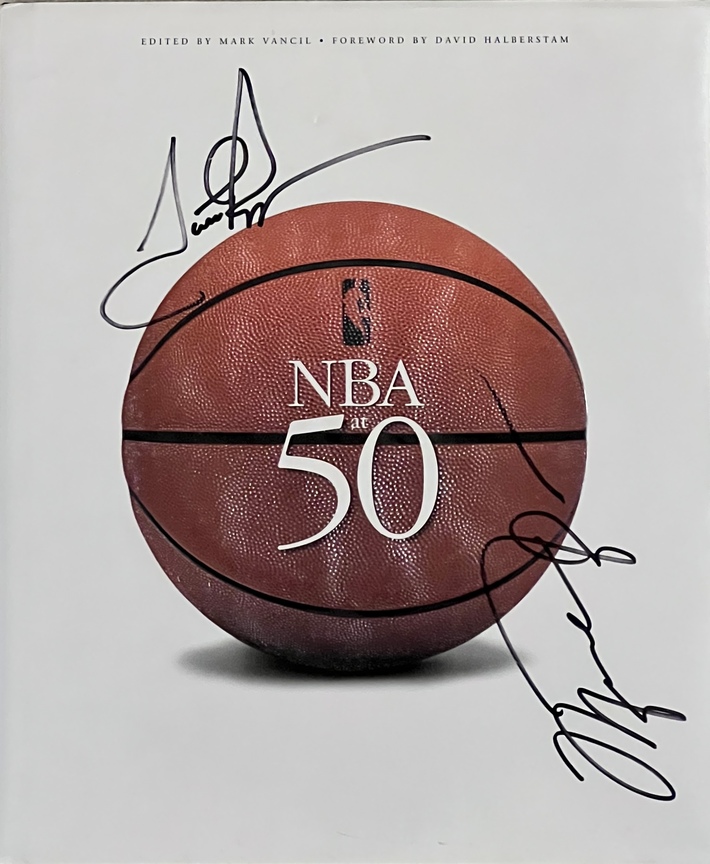 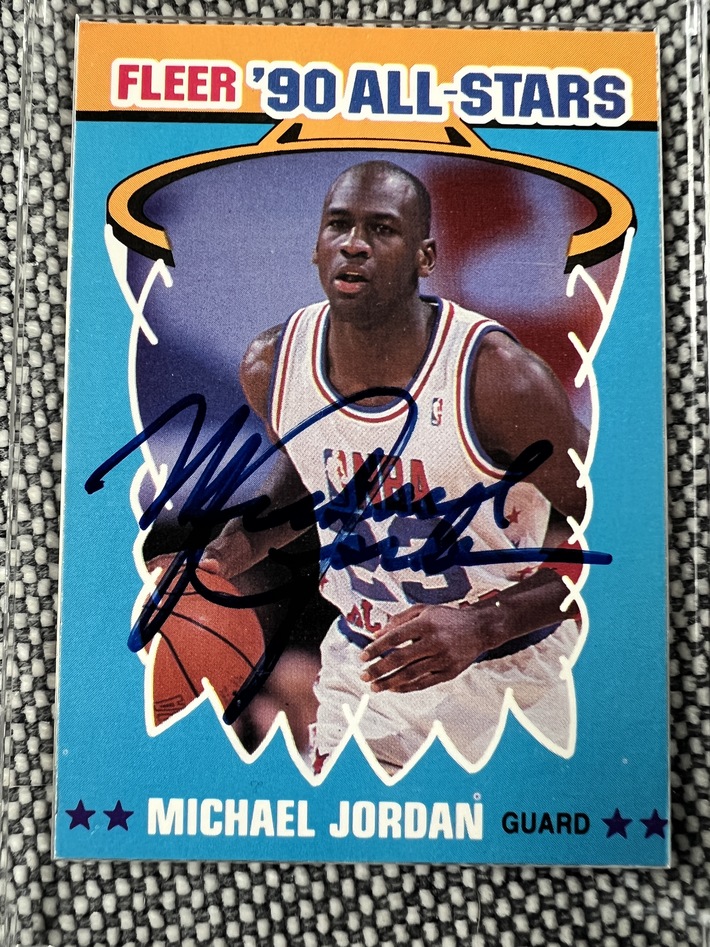 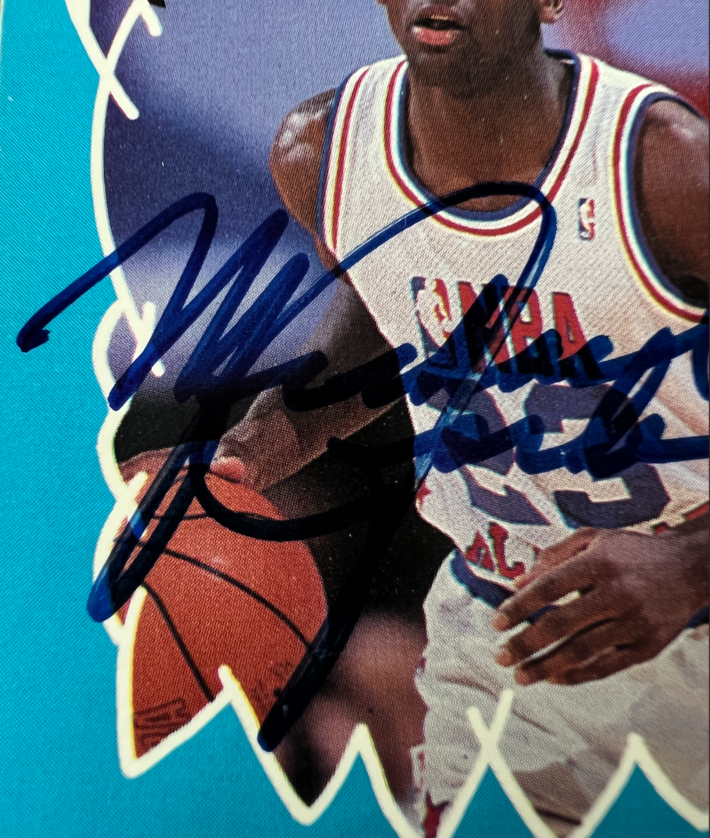 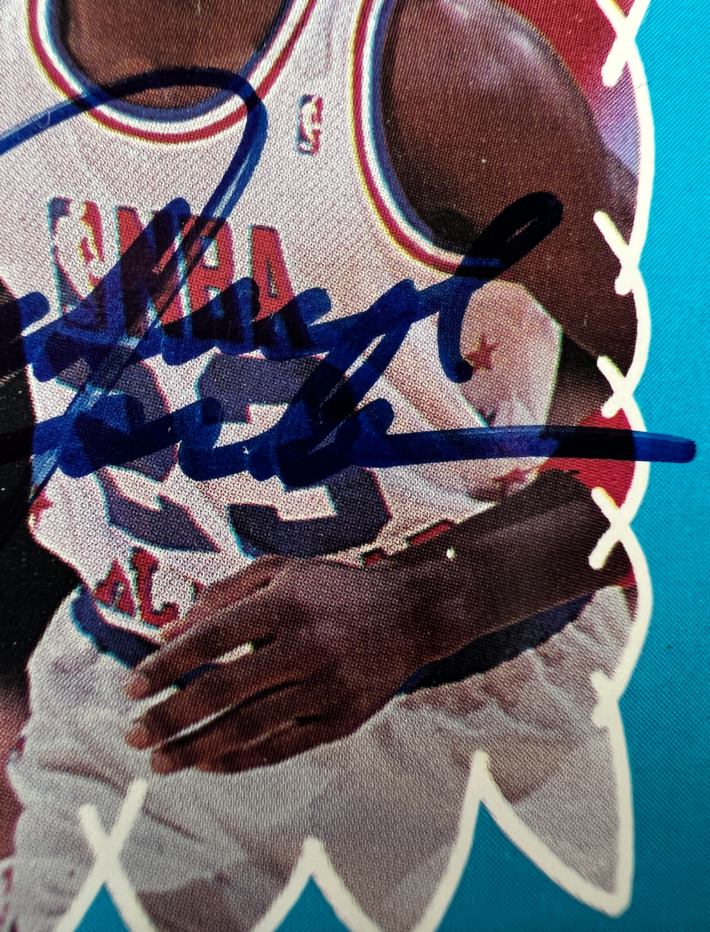 I've found a couple of exemplars with the pointed tops of the "m" that are below.  These are psa/dna examples on their site or authenticated by them or jsa. 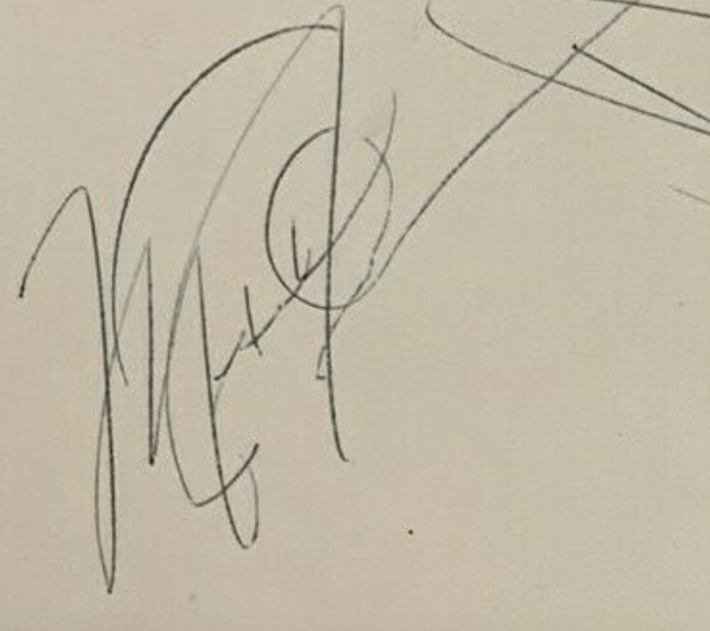 The first two Jordan signatures on the programs look fine but that style signature is highly forged. Unfortunately the fleer trading card I don't think is real.

I agree with Damian.  The card looks forged.  The other two look to potentially be real.