I'm hoping one of you will recognize this signature. It was written on the back of a Chicago Cubs videotape ad along with the signatures of Jack Brickhouse (longtime Cubs sportscaster), Wayne Messmer (Cubs P.A. announcer) and former Cubs player Walt "Moose" Moryn who was best known for making an amazing 9th inning, 2 out, shoestring catch to end the game and preserve Don Cardwell's no hitter in 1960.
Brickhouse retired from broadcasting in 1981 but he continued to make occasional appearances in the Cubs broadcast booth throughout the eighties.
Any thoughts? 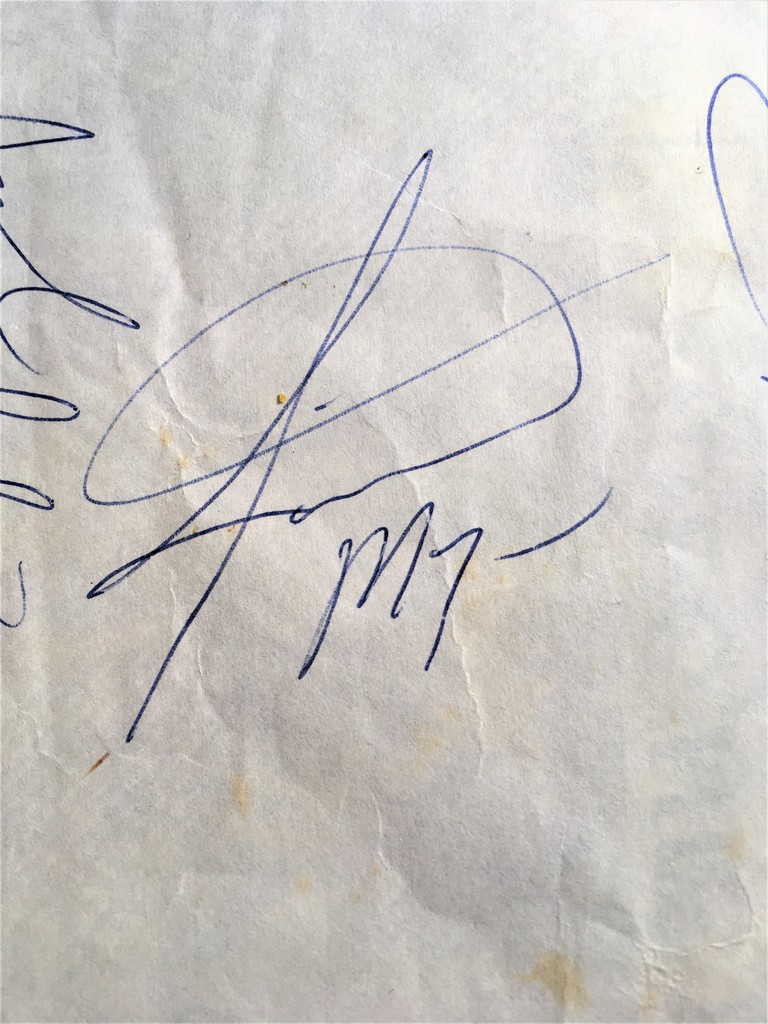 Thanks, I appreciate your input, very helpful.