Is this Elton John authentic?

It looks questionable to me, but the "J" looks right. My "feelers" go up at the end of John. Often, his n would form into a z, similar to the one here, but I've never seen an example where the resulting z was so small. Usually, it ends more flamboyantly, as seen below. Also, the angle is incredibly steep. John usually signed flat or slightly raised, but seldom this severely. In addition, the entire Elton is way too compacted and congested. I'm going to vote Not Real on this one. 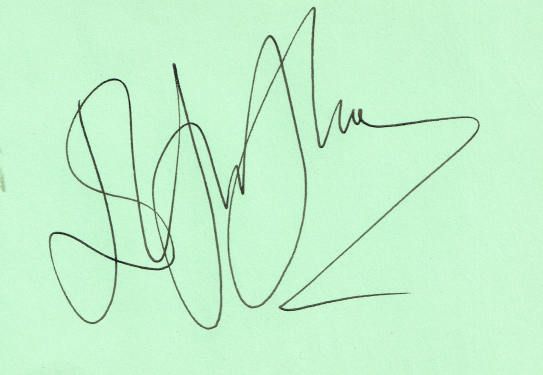 Permalink Reply by TFFFan on Thursday

Interestingly, your example seems off to me, but at least very rushed.

Permalink Reply by J.Seah on Thursday

Here is my authentic Elton John for your comparison. 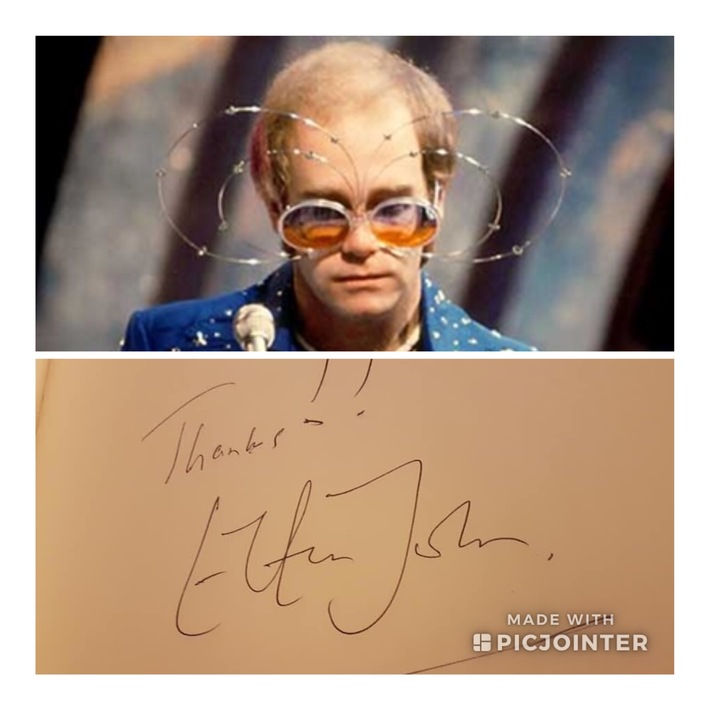