I would appreciate your opinions regarding this Star Wars Episode 1 script book signed by George Lucas and Rick McCallum.

I have been told that it was obtained directly from the publishers. However, I am curious as to why the publishers would give out a dedicated copy to someone who does not have that name.

I would have thought that the book publishers would have only sent out undedicated copies, and why would the publishers sell a copy which has already been dedicated?

I didn't know if any of you have seen such a book signed by Lucas and McCallum before?

Also, what do you think of the autographs themselves? I see that this particular George Lucas one has a loop at the bottom of the 'L' which I haven't seen before? 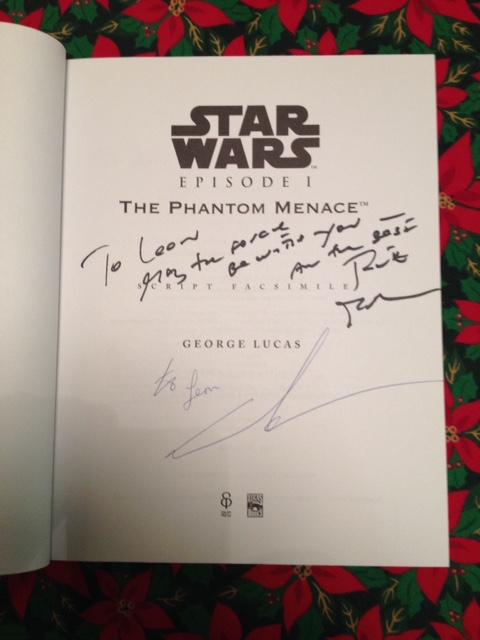