Hello all, new (and proud) member!

I figure I'd treat this group to a doozy right off the bat:

I have a copy of Richard Nixon's book The Real War that's signed and personalized on a bookplate. While not entirely rare, who it's personalized to is: Barbara Walters. 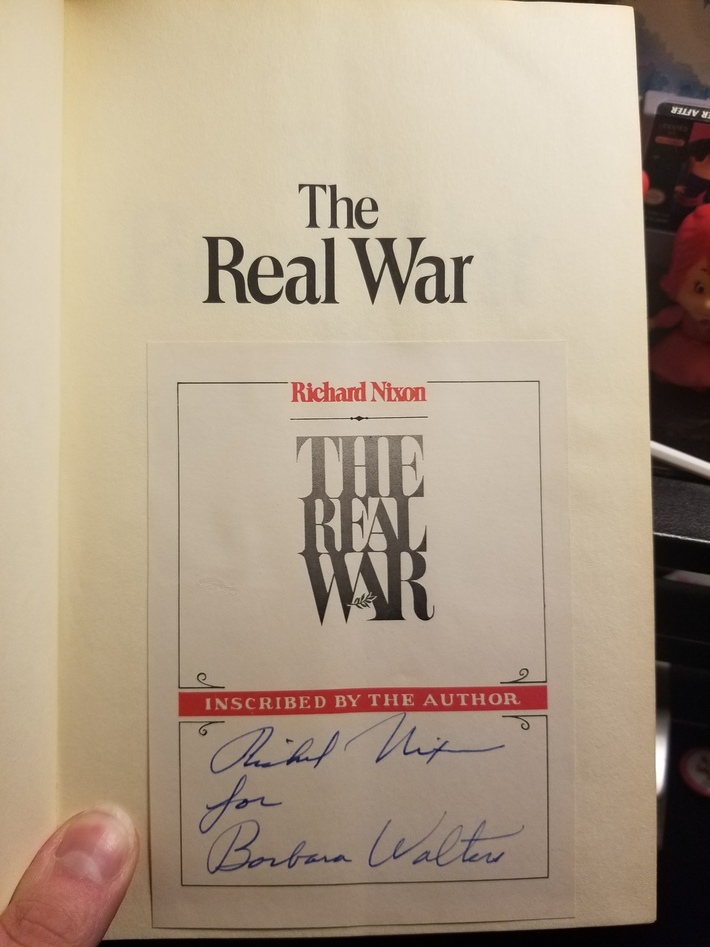 I did research and she did interview President Nixon about this book. Another interesting feature: her handwriting is in the book as well as some underlined passages. I've studied samples of her handwriting and they definitely match. I just need a little reassurance that you all possibly see what I see and just throw a ballpark price out, as I have surprisingly very little invested in it, as I have no idea how much the Walters association adds to it.