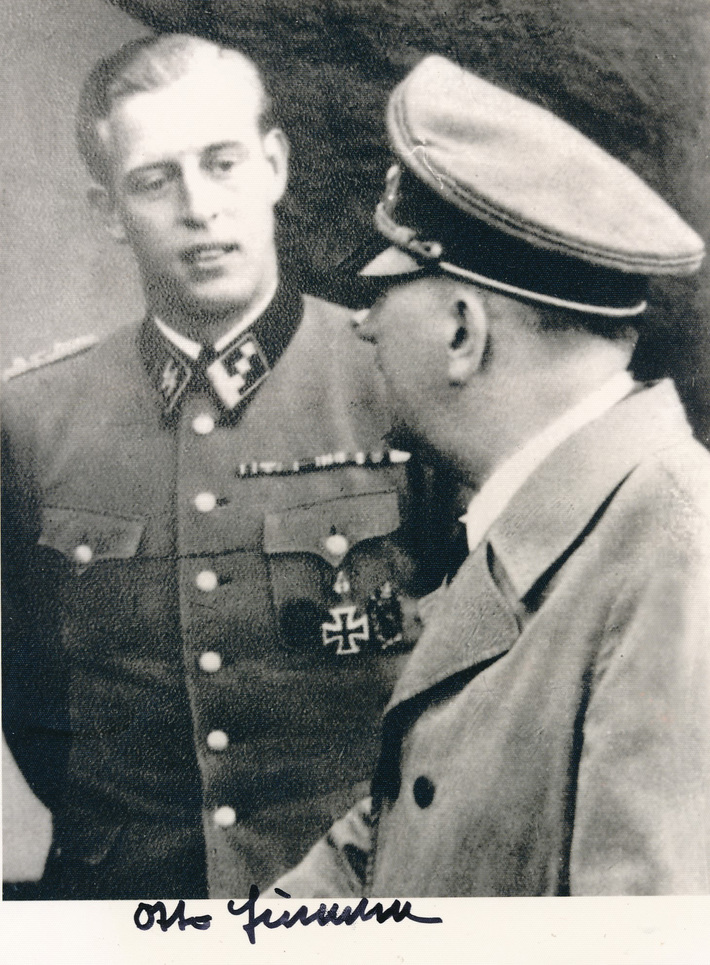 Otto Günsche (24 September 1917 – 2 October 2003) was a mid-ranking officer in the Waffen-SS of Nazi Germany during World War II. He was a member of the SS Division Leibstandarte before he became Adolf Hitler's personal adjutant. Günsche was taken prisoner by soldiers of the Red Army in Berlin on 2 May 1945. After being held in various prisons and labour camps in the Soviet Union, he was released from Bautzen Penitentiary on 2 May 1956