Autographs I Didn't Get, But Could Have

I thought I’d write a blog about autographs I didn’t get. What I mean by that is, people I could’ve gotten, but just didn’t want to. Now, I’ve had my share of ones I didn’t get because I dropped the ball. Three musicians come to mind. When Joan Jett was playing at the House of Blues, I went down with a couple albums. I had seen her about 6 months earlier in concert and she had her hair dyed blonde, so I was looking for a blonde. All of the sudden, within five minutes of me showing up, she came out. But it looked like the old Joan Jett, with jet (no pun intended) black hair. I thought maybe it was her sister or someone just looking like her. She said hi to me, and I said hi back. She then stood near me for about 10 seconds, yelled to somebody coming out of the club, and she hopped into a town car. Damn it! About 8 seconds after that door shut, I realized it was her. At the same House of Blues, Justin Timberlake was performing. I’m not really fan, but I had a subscription to Rolling Stone, and he was on the cover a few months earlier. So I brought that for him to sign. He jumped out of an SUV, nodded at me, and I nodded at him. He had about 8 security guards around him, and I just felt weird. I didn’t want to yell out his name, and so he just quickly walked by me. That was a waste of time. When Eagles member Don Felder played there, I made the biggest mistake. Since he wrote Hotel California, I tried to find my Hotel California T-shirt. I couldn’t, and that cost me an autograph. He refused to sign, but said he would right before the show. My friend went back, I didn’t. He got about 10 things signed. But again, this blog wasn’t going to be about people that I just dropped the ball on. It was about people that I just didn’t care about getting, but had the opportunity to get. 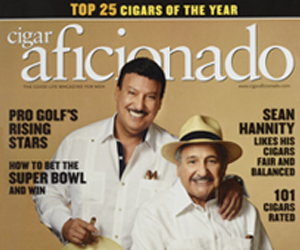 Last week I was at an event that was $150 a plate dinner, with cigar maker Carlos Fuente, Jr. The Arturo Fuente cigars are among the best, and since my friend was working the event, he got me in. Carlos and his sister, who run the company, showed up to auction items for charity. The second they walked in, people were going up to him for selfies and autographs. Some had boxes of cigars they wanted signed, others had Cigar Aficionado magazines. As a cigar lover, and an autograph collector, I just didn’t care and can’t figure out why. I even heard somebody say to his friend, “If you get that box of cigars signed, you could just sell the box without the cigars for $1,500.” I googled, just to see what prices were going for his autograph. Somebody had an ashtray of his autographed sell on eBay for $44 (they were selling ashtrays there for $39). Other autographs I could’ve gotten include astronauts. Many NASA astronauts have appeared at the IMAX theatre and Space Center in San Diego (Balboa Park), but I never cared. Now, if it would’ve been Buzz Aldrin or Neil Armstrong, I would’ve gone. Yet astronauts I had never heard of, even if they were worth money, just wasn’t worth the bother. When I worked as a DJ in radio, the amount of bands that came in I didn’t get would blow your mind. The station had changed formats from classic rock to heavy metal, and so many metal bands came in that I never bothered with. I thought about that recently when drummer Vinnie Paul of Pantera died. They came in often. Race car driver Jimmy Johnson lives in San Diego (El Cajon), and has been at a handful of places I’ve been, and I never bothered to get him. Same with The Flying Tomato -- Shaun White. I even talked to him briefly when we had our dogs with us at dog beach in Del Mar.

I was at a party with skateboarding legend Tony Hawk. Now, I would’ve probably gotten him if I had something interesting, but...what would be the point of having his signature on a bar napkin. Grateful Dead singer Phil Lesh was at a booksigning two blocks from my house. I’m not the biggest Dead fan, but I have a buddy that’s a dead head. I went with him, figuring I’d bring the one album of theirs I had. SIgns everywhere said that he wasn’t signing any kind of memorabilia. The line was long, and I watched as everyone was refused their CDs and Grateful Dead posters being signed. The only person that got something signed had an old high school yearbook with him in it. After 15 minutes of waiting, I told my friend, “I’m not going to buy a book for $30, that I’m probably never going to read, when he won’t even sign my album. I’m outta here.” Maybe I’m spoiled. At that same bookstore years earlier, Anne Rice was doing a signing. They said she wouldn’t sign any other books or items, just her new book, and you could buy up to five copies of that book. My friend was buying her new book, so I grabbed a copy of her most famous book -- Interview with a Vampire. I figured I’d throw it on the table with my friends purchase and see what she does. If she refused to sign the book, I wouldn’t buy it. If she signed the book, I’d then take it up to the counter and pay for it. She gladly signed it, and my friend got her new book signed. It was a win-win for everyone, and really makes you wonder why people trying to hawk their new book would refuse to sign anything. If they want to avoid eBay dealers, they can say they’ll sign one additional item with each book purchase, or they could personalize everything they sign.

I've found that it's their handlers and not the artist when it comes to limiting items to be signed.  When doing a book signing, I know they want to sell their new book, but if you also bought a book from that store, why wouldn't they sign it?

I remember a few years ago, Alan Page a Canton native and Football Hall of Famer (and Minnesota Supreme Court Justice) was signing his book at the Hall of Fame.  It wasn't well advertised, but they said he would sign one additional item for every book that was purchased.  I think I bought 4 books!

I love Page. I love those 70s Vikings teams with Fran and Page, and that running back (forget his name now). But yeah...that's the way to do it. I once talked to the promotion lady at Borders books, and she let anyone get anything signed, even if they didn't buy the book. Her logic was...she was a college studennt once and couldn't afford the new book, but wanted to bring an old book, and a store wouldn't let her, and she was furious. I told her it was nice that she did that, but...Michael McDonald (Doobie Brothers) was there, and NOBODY was buying his new CD (I did, and it kinda sucked). They just had Doobie albums he was signing, and no CDs were selling. So I told her...at least make them buy ONE ITEM of the new thing.