Getting Autographs at Book Signings -- Dedicated to Elmore Leonard I was sad to hear about author Elmore Leonard passing away Tuesday. He was 87 and hadn’t been in the best health, but you hate when you’re a fan of somebody and you realize you’ll never get new material from them.

His gritty crime novels become fun movies – Get Shorty and Out of Sight. His short story 3:10 to Yuma was a movie in the late ‘50s, and a great remake a few years ago. His ‘70s movies aren’t as good (Joe Kidd with Clint Eastwood, and Majestyk with Charles Bronson).

Recently, the FX series Justified has been based on his short story Fire in the Hole. Leonard also wrote other things that appeared in the show as well.

I met Leonard twice. One of those times was by accident. I was in L.A. visiting a friend and seeing a concert. I went into a bookstore and he happened to be doing a signing. Of course I bought the novel (still haven’t read it, but love knowing that it’s autographed). 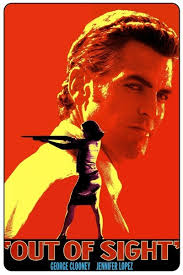 The first time was about 17 years ago. He was in La Jolla, California. He spoke before the book signing for Cuba Libre (which the Coen brothers bought the rights to, but never made a film of).

I was having a debate with a friend at the time about a scene in the movie Jackie Brown (from his book Rum Punch). The debate had been going on for about two weeks, and I decided I would type up a letter telling my friend all the reasons why he was wrong. The letter wasn’t from me, though. After typing it all out, it ended with “Sincerely, Elmore Leonard.” All I needed was a John Hancock at the end of it. I was going to have Leonard sign it after he signed the book I just purchased for $28. You can’t debate somebody on the meaning of a scene when the writer agrees with you.

I explained this to Leonard and he was laughing. He started to read my letter, and the woman at the book store leaned in and said “Mr. Leonard, the line is rather long. Just sign the letter so we can move it along.”

He took his reading glasses off and looked at her, before saying, “I can’t do that. What if this guy wrote out something that said I’m leaving him my house, or that I owe him a thousand dollars. I want to read what it is he’s having me sign!”

I laughed. She didn’t. He signed the letter and said he agreed with me in the debate. When I showed the letter to my friend, he insisted it was fake. I explained how I acquired it, and he chuckled. He didn’t seem too interested in the whole thing, so I said “Uh…I think I’m going to keep this letter. Even though it’s written to you, and signed by Elmore Leonard…I like the idea of having his signature on a letter.”

He had no problem with that. And, it gave me a great idea. I had never really gone to a lot of book signings, unless it was an author or musician I really liked. I then started going to book signings if I knew a friend liked the specific person. When Ernest Borgnine was doing a signing, I brought a DVD for him to autograph for my collection (it was The Wild Bunch, the great western that came out the year I was born). Bookstores always hate this, and usually tell you it’s not permitted. If you buy a book, they often let it slide (if you aren’t seen holding the DVD or 10 albums in line). My girlfriend at the time had a boss that was a retired Navy guy, and he loved Borgnine. I had him make out an inscription thanking him and saying “To a real Navy guy.” He opened the book at Christmas and cried. When singer Chris Isaak (Wicked Game) was at a CD signing for a Christmas CD, I thought it would be a great opportunity for gifts. I bought 10 CDs to give to friends for the holidays. I was able to get the 4 CDs I already had signed, too. He’s always somebody that WILL NOT sign for autograph collectors before his shows. He knows how to spot ‘em, and he doesn’t like ‘em. He does often go to his merch booth after the show (he told me in an interview once how this ticked off Tina Turner, who was onstage singing, while they were being loud at the meet-and-greet going on selling CDs).

Nothing like giving CDs signed by Chris Isaak, and the self-portrait he often draws of himself by his signature  (they look similar to the drawings Art Carney and Vincent Price often did with their autographs).

Remember, autographed books and CDs make the perfect gift. They’re unique and one-of-a-kind. The only problem you’ll ever have is, if you’re like me and you collect these things, it’s often hard to part with them once you get them signed. That’s why, to keep myself in check, I’ll say to the celebrity “Can you make it out to [insert friends name here].” That way, you don’t end up keeping the item, and it also lets the artist know that the 5 things you got signed aren’t for you to turn around and sell on eBay. I'd love to go to more book signings but they usually don't have southern Indiana on their signing tour.

Chad- there was a few years, where I'd post on here any time I'd go to a book signing. I offered to get ANYBODY a signed book, as long as they pay for the book and postage. I think I did this with 10 signings, and only one person ever wanted one! I didn't even make them pay me first.

I ordered from a Buzz Aldrin signing recently and only had to pay the cost of the book and postage. What a deal considering what is charged at shows for his signature.

Josh - please post if you ever do that again....I did not know of this site till a few months ago....that was a super nice service to offer, and a great opportunity for people who enjoy collecting.

Your Buzz Aldrin comment reminded me of Book Revue, the big indie bookshop here on Long Island, which Aldrin has signed at a few times. They will get books signed and ship them to you anywhere in the world—and they get great celebs. Their coming months has Dr. J, Tim Conway, Kenny Loggins, Erica Jong, Jewel, Nelson DeMille, Wally Lamb and plenty of others. I'm planning on going to their Billy Crystal one in a few weeks; they're pretty strict about getting other stuff signed but I hope to get my 1985 comedy LP signed. You can find them online at bookrevue.com