What do you get the father that has everything? Well, a unique, autographed item. Kim Kardashian had that idea, when she made the purchase for Kanye West recently. He’s a new father so, Father’s Day was the occasional. I’m guessing you can’t realistically buy a shirt or mug that says “World’s Best Dad” for a guy that names his kid “North West,” so she went with a cool autographed item.

The rapper was so thrilled by the gift she gave him, he tweeted about it. It’s a pair of computer mouses (or is it “mice”?) signed by Apple co-founders Steve Wozniak and Steve Jobs. Of course, the name “Wozniak” wouldn’t fit, so he simply signed it “Woz.”

His tweet said “One of the gifts my girl gave me for fathers day.” Any true autograph collector would both appreciate this, and also cringe. You see, even if a Sharpie was used, I’m guessing the moisture from your hands and the constant use, would have the autographs wear off.

I remember waiting in line to be in the audience of David Letterman, and Will Smith got out of an SUV (he was the guest that night). He signed a few autographs before going in. One woman handed him the cell phone. He listened, thinking she wanted him to talk to somebody on the other line. She said “No, I want you to autograph it.” As he was signing the back, he said “Why your cell phone? That’s crazy!” 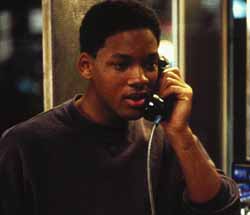 I thought the same thing then. It’ll eventually wear off.

Apparently, Kanye West is an admirer of the late Steve Jobs and has been known to compare himself to Jobs. A New York Times story even had an interview recently where he compares himself to Jobs a few times.

What I wonder is how Kim Kardashian got the Jobs signed Mouse, when he passed away in 2011.

Cool post, obviously I don't think he has any intention of using the mice so I don't think the sharpie will rub off. That "Woz" auto looks like it was signed by a 3rd grader, I would assume she bought this from a reputable source!

Are the signatures on the mice authentic???