Julien's held the Tompkins & Bush Michael Jackson auction on December 2, but outrage has flooded Michael Jackson fan sites and the world of rock autographs since mid-November, as fans, dealers and collectors alike told Julien's CEO, Darren Julien, that almost all of the autographs in the sale were obvious forgeries.

The pleas to cancel the sale fell on deaf ears. All 290 lots of autographs were sold for a total of almost $1.5 million. The only autograph in the sale commonly believed to be genuine brought $896.

A discussion on this site about it, Michael Jackson Signing Styles in Julien's Tompkins and Bush Sale, was started on November 19. At 153 pages to date it is the longest discussion in the history of Autograph Magazine Live. Scores of suspected forgeries from the sale have been analyzed in the discussion. The consensus is that the most of the autographs were likely forged by the consignor, Jackson's long-time friend and costume designer, Michael Bush. The autographs have many of Bush's handwriting characteristics.

Julien's filed a copyright infringement claim against Autograph Magazine Live on December 13. On Dec. 17, our website company removed all the images Julien's claimed violated their copyright from this site pending our response and any further actions Julien's may take. We are legally allowed to use the images under Fair Use laws, and will file our counterclaim this week.

We will have uncontested images of autographs from the auction up starting tomorrow.

UPDATE: According to NBC, Darren Julien said that any client who questions the authenticity of the Michael Jackson autographs they bought in the Tompkins & Bush auction can return them for a refund. If Julien's will cover shipping both ways, that's the best news possible.

Mr. Cyrkin, its my understanding from the NBC report that Julien's didn't actually have the signatures authenticated. According to the reporter, the individual they were told to speak to about authentication stated that she only does appraisals and in addition to that, the reporter specifically stated that Julien's did not have the signatures authenticated by a third party as they usually do. My overall impression is that Darren Julien took Michael Lee Bush on his word regarding authenticity...or am I misunderstanding?

I ask because if they didn't actually have anybody authenticate these signatures, I'm curious as to why they deviated from their normal manner of doing business?

From their website:"Known for our quality auctions, specialists carefully vet incoming property to insure we only sell authentic memorabilia."

Yes, Darren Julien has maintained all along that he believed Michael Bush and that was good enough for him. But I don't believe Julien's has used outside authenticators in the past. They have been talking about it. In fact, Darren asked me for suggestions a while back. But I don't think they have used any.

Now that said, many reputable autograph auction houses don't use outside authenticators. They feel they have the necessary expertise in-house and are not interested in additional third-party authentication. There's nothing wrong with that as long as they do a good job and back up what they sell.

Thanks for your response.

I still don't understand how they'd state on their site that they use specialists to vet items, but in this instance, decided to take MLB at his word. I'd assume when they state 'specialist' they're talking about what you're referring to as 'in house' expertise?

I don't know who the're referring to.

The fiasco is far from only about autographs. Someone brought this to my attention this morning:

Lot 648 from the Tompkins & Bush sale was described as "MICHAEL JACKSON WHITE HOUSE JACKET." MJ visited President Bush at the White House in 1990. Here's a picture of them together: 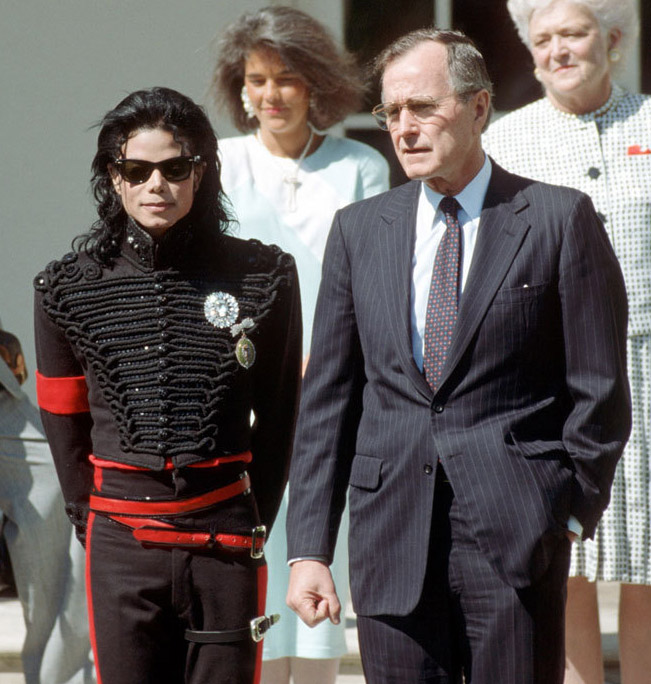 Below is a shot of the jacket from the auction. Since Julien's filed a copyright infringement notice with our ISP and they took down all their images, I don't want to use the image from their site at this time (even though I legally can) so I captured it from a Facebook fan page: Here's a close up of MJ wearing the jacket that day: Does anyone else count 14 buttons on the jacket MJ was photographed wearing to the White House?

And why is there red ornamentation on the collar of the one in the auction...but not on the one MJ is pictured in at the White House?

it is absolutely not professional to only base the authenticity just because Bush is the seller... So in fact, he can sell anything he wants stating it is MJ's and just sell it... It is so dumb!

Anyway, I'm so happy NBC made a report about it!!!

Actually, Mr. Crykin, it has been established that Julien's made an error. The jacket sold to Lady Gaga was worn by Michael to the 1994 VMAs where he shared the infamous kiss with LMP, not the white house.You can compare his jacket from the 1994 VMAs and see that it fits the image of the one sold at auction.

They are two different jackets, but I still think it was careless to advertise it as the one he wore to the white house seeing as doing such would be much more significant than wearing it to the VMAs.

Didnt someone also state in the other page that something was additionally sewed on to the jacket sold to deliberately make it look like an item it wasnt? That represents clear intent to me.

I can't help but wonder, Julien's is now saying that if a buyer thinks they bought a fake autograph they will do a refund. But what are they gonna do with the returned items? Resale them? 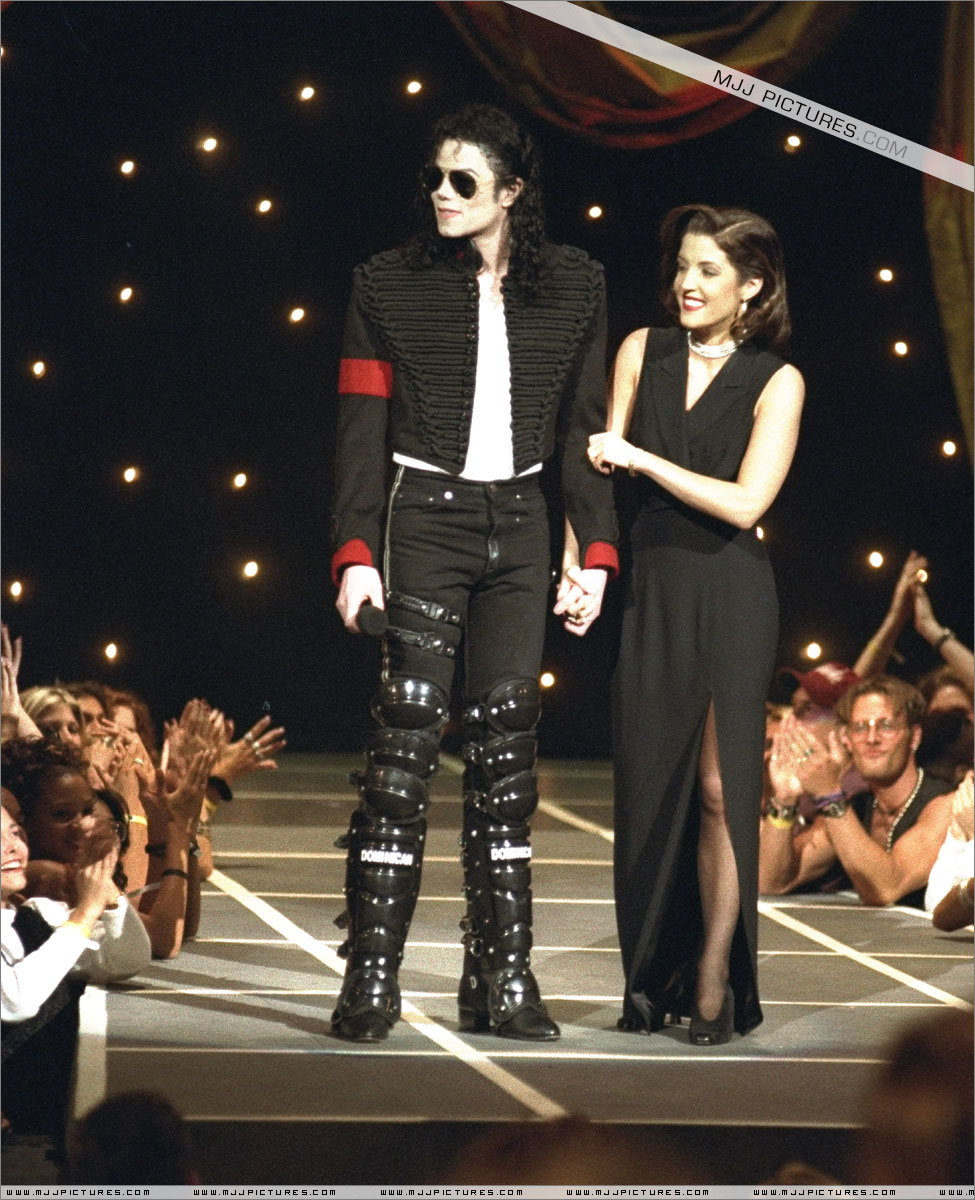 If you enlarge this image, you'll see that it is the exact same jacket sold at auction with exception to the pin, MLB must have added it to lead one to believe it was the jacket Michael wore to the white house...or perhaps it was an oversight, and he believe he actually described the jacket correctly not realizing which one he placed up for auction of the two.