Two friends of mine that do autographs -- one that’s a wonderful man with a great collection, the other a dope that’s an autograph dealer -- have told me of the countless times they’ve gotten Peter Frampton and how nice he was at signing. They got him at the venues and at hotels. Now, I have a bunch of Frampton albums that are signed, but I bought them cheap with a collection of albums. I’ve never had the pleasure of meeting him, or seeing him in concert.

Well, somebody that wanted some albums signed at his concert last Sunday at Treasure Island Resort and Casino in Red Wing, Minnesota...got Frampton to come alive with rage!

It was getting near the end of the show and one of the cameramen shot images of the crowd. A young woman was holding up her albums she brought to get autographed. Frampton got mad and told the audience his guitar solo had been ruined (despite the fact that the crowd roared with applause upon seeing the albums on the big screens).

The 67-year-old, former Humble Pie member, wanted to throw a pie into the face of the cameraman. He walked over to him and tried to take the equipment from him, before he left the stage for 10 minutes without saying anything.

It was the second time a fan was shown holding up albums at that show.

When Frampton returned to the stage, the screens were kept off.

“Do You Feel...Like I Do?!”Apparently not, Pete. The fans were a bit peeved by that. 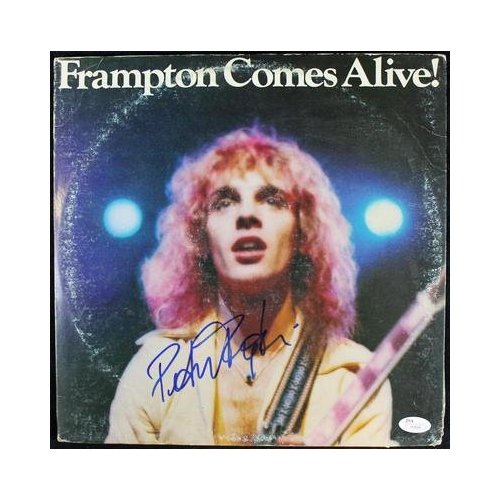 One fan was more angry he didn’t play “Baby I Love Your Way,” but many were bummed they couldn’t see the stuff on stage you can’t see from far back.

Frampton tweeted a quick apology, but never really explained why he got so mad.

I remember seeing the band “Cake” (who are tremendously underrated), and their singer flipped out at the person controlling the images, but that was because the visuals weren’t lined up properly with what the song was he was singing.

Anyway -- the question you all have is this...Did the woman that held up her albums get them autographed? Yes, she sure did. Unfortunately, not from Frampton, but the cameraman.

I imagine one is never too old to be a prima-donna.

Comment by Chad B on July 28, 2017 at 3:14pm
I'm not sure what to think of Frampton. I've heard conflicting reports. I guess it depends on the day.