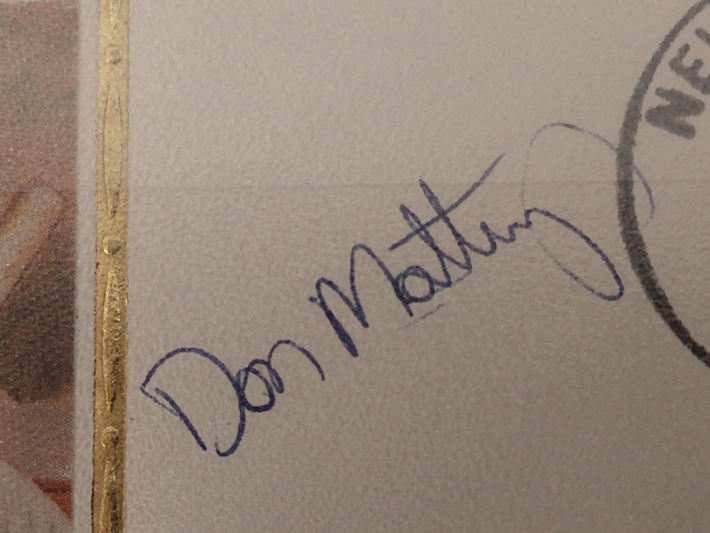 John you were smart to pass. Don signed this shirt in front of me at his restaurant in Evansville, In on Dec 5, 1985

Oddly enough, I had a friend who was a huge Mattingly fan, had lots of autographed material. A lot of it was from '23'. Some he had personally signed, others he bought already signed. Now I'm not a Mattingly auto guy, I don't know the intricacies and changes through the years, but I do remember seeing both styles, the one on the shirt, and the one John posted, that came out of '23' (the restaurant) from that ca. 1985 period.

I even saw a third style that was formed almost exactly like the one John posted, but ended sooner, seemingly without the 'ingl", just "Don Matty" with that same big loop on the 'y', but immediately after the "tt", again, like the second variation, a third variation from that same period.