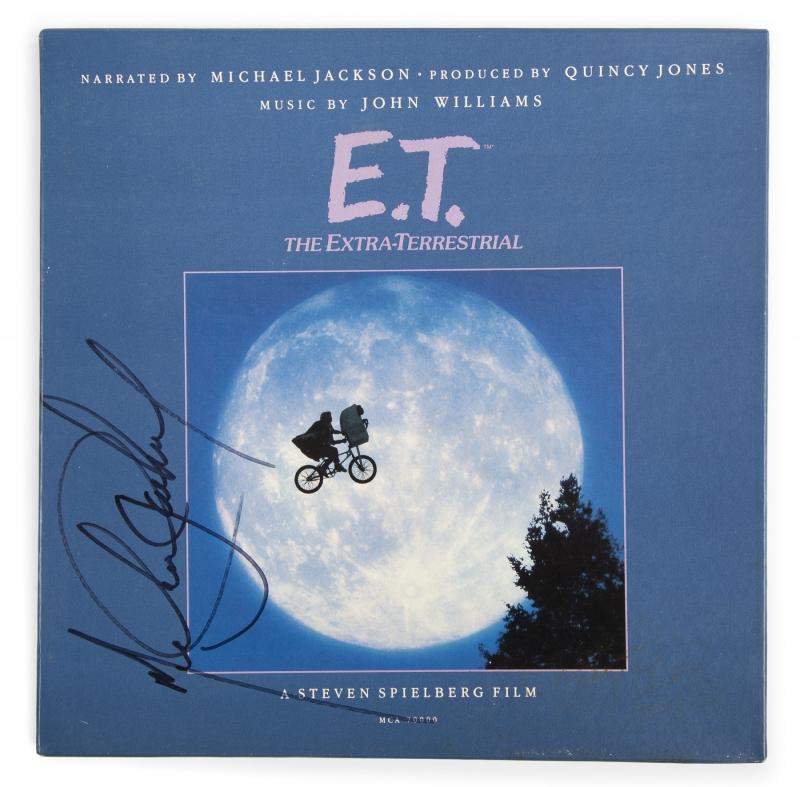 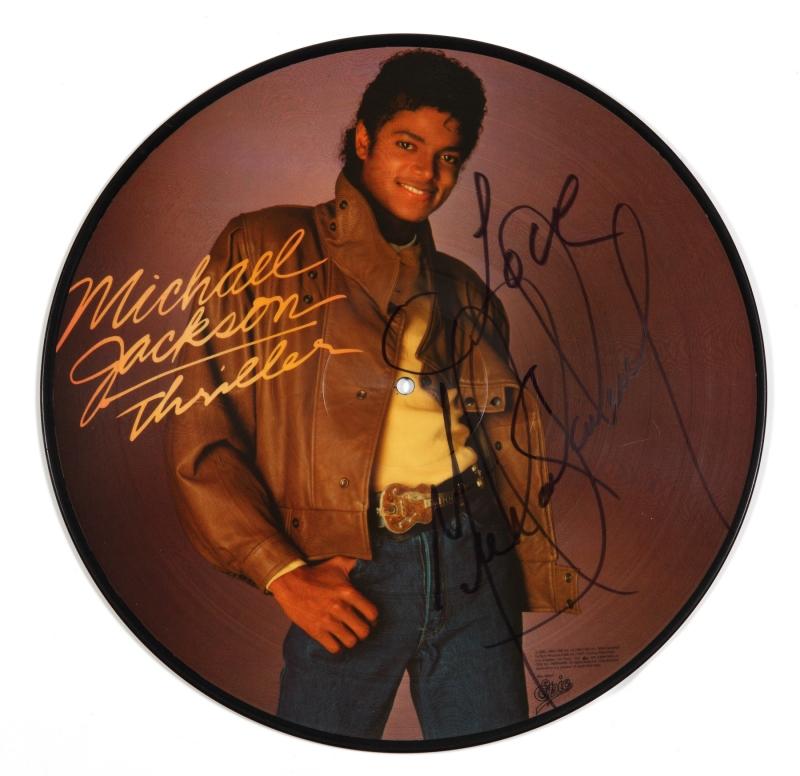 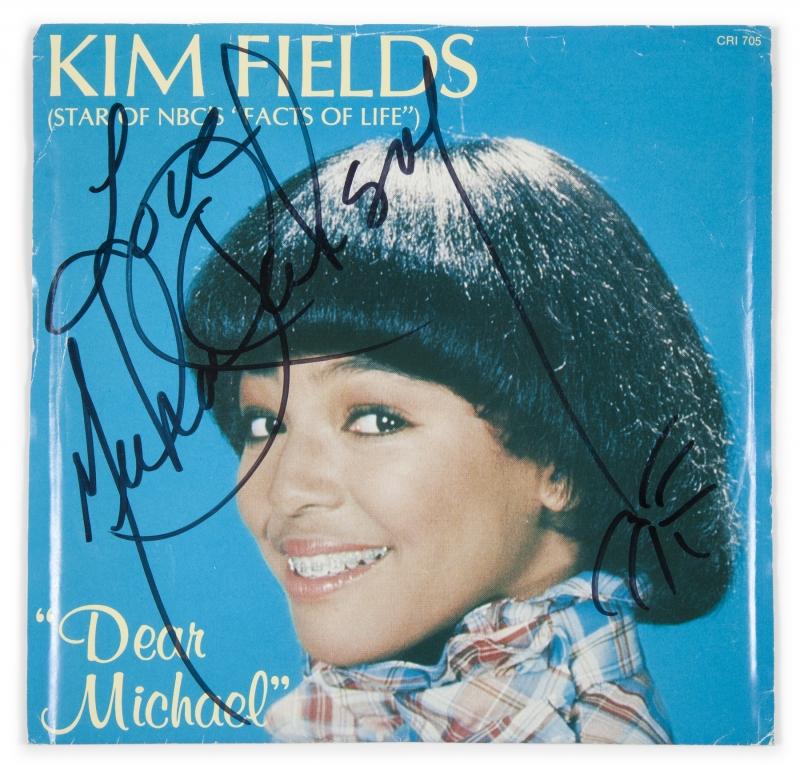 First Mr. Cyrkin, thank you for writing this IMPORTANT article!

TO BE CLEAR: These items, publicly advertised in Julien’s 2012 Thompkins-Bush Michael Jackson auction catalog are OVERT FORGERIES and are NOT Michael Jackson’s genuine signature!

1.) PAGE AFTER PAGE in the Julien’s 2012 Bush-Michael Jackson auction catalog of signatures with an awkward, amateurish looking “loop” on the N in Jackson - the last letter of the last name. NOTE: MICHAEL JACKSON DID NOT SIGN THE “N” in HIS LAST NAME “JACKSON’ with this awkward, amateurish “loop”.

2.) Michael Jackson used 3 different styles of “J” in Jackson over the years.
Single Line J, Line and Swoop J (or Two Swoop), and Single Swoop J.
When MJ used the "two swoop" style J in Jackson, HE did it with STYLE, FLUIDITY, ELEGANCE and GRACE, there are heavy and light strokes and you can tell he produced the signature QUICKLY - just like we all do when signing OUR OWN NAME.
Conversely, ALL! the forged J's in Julien’s upcoming 12/2/12 auction are COMPLETELY without FLOW, STYLE and GRACE. They are HEAVY and CLUNKY and AMATEUR looking.

THERE ARE NUMEROUS OTHER DECREPANCIES CLEARLY MANIFESTED IN THE JULIEN’S AUCTION FORGERIES.

They show HESITATION MARKS where the forger slowed up their hand movement to THINK about what to do NEXT.

Every person’s signature, while retaining its own overall unique “fingerprint”, shows slight variations based on day, month, year, situation, mood, etc.
NOTE: There is NO variation to these fraudulent “signatures“ being advertised for sale by Julien‘s. CLEARLY, the signatures were mass produced and NOT done over the years, as is being represented by Darren Julien and Michael Bush.

As someone with an astute eye for detail, I have diligently studied Michael Jackson’s signature and handwriting style for several years. I have done extensive research through PSA/DNA, PAAS, JSA, Autograph Magazine and have monitored eBay auctions of both genuine and forged Michael Jackson signatures, on a regular basis for several years. I KNOW I've seen forgeries by this SAME forger as the Julien’s “signatures” all over eBay for 2-3 years up until very recently. Interestingly, I can no longer find any active or completed auctions on eBay by this forger. Notably, the hat on page 184 of Julien’s catalog - the forgery on the Budapest police hat - I KNOW FOR A FACT that I saw a hat JUST LIKE THIS WITH THE SAME OBVIOUS FORGERY FOR SALE ON EBAY RECENTLY - within the last 2-3 weeks. THAT TOO HAS BEEN REMOVED from the ebay database.

I MUST TELL YOU that the HUNDREDS of fake signatures being passed off by Julien’s Auctions and Michael Bush in their upcoming anticipated Sell Off of Illegal “merchandize” are some of the most shamelessly AMATEUR forgeries of Michael Jackson’s signature that I have ever seen.

ALL THE TELL TALE SIGNS OF A FORGERY ARE PRESENT ON EACH AND EVERY ONE OF THESE ITEMS. The massive quantity and obviously POOR QUALITY of these fake Michael autographs, along with ALL of the involved Person’s brazenness to do this IN THE STARK LIGHT OF DAY.. IS UTTERLY SHOCKING. [Sentence deleted--Editor.]

THIS AUCTION MUST NOT TAKE PLACE!

PLEASE express your opinion as to not recognizing the Julien's signature "examples" as those of ANY genuine Michael Jackson signature you have EVER seen to Twitter accounts: @JuliensAuctions @tompkinsandbush @MJonlineteam - AND via email to: info@juliensauctions.com

PLEASE ASK THE PARTIES INVOLVED TO STOP THIS AUCTION! Thank you.

Thank you Steve Cyrkin for your article - and thank you SO MUCH Christine, for your very thorough article on MJ's signature. I have studied Michael's signature - and handwriting in general - for a very long time, and I second everything you say!

How scandalous that so many forgeries are now sold by a respectable auction house!

I wonder if you would take the time to offer me some advice based on your studies of Michael's signature.  I have seen a jacket for sale, which is signed.  I have spent all day reading and looking through, and I am still stumped.  I have tried a straw pool of friends and they are none the wiser, most are too scared to say one way or the other.

can you please let me know what you think. I would be very grateful.

I am from london, so will go and pick the item up and will save on the postage so could be even more of a bargain... i just need to know if there is anything going for it?

Permalink Reply by Jitendra on December 29, 2012 at 7:18pm
Wendy other experts...I bought an item in the auction you are referring to on Dec 2nd. I'm a novice in the area of auctions and memorabilia but being a MJ fan, I decided to go for it. If I would have known about this site or seen your post, perhaps I would not gone ahead with it.

But now that I've already bought it, I would appreciate your expert opinion on whether I was one of the suckers that wound up with fake autograph.

I've attached some photos of the item and a close up of the autograph.

Looking forward to your response.

Would have never expected this from a reputable auction house.
Attachments: No photo uploads here

Yours looks genuine! You bought that in the Saturday, Dec. 1, Icons sale, right? Not the Tompkins & Bush Michael Jackson sale on Sunday, Dec. 2. The Icons sale was much better than T&B.

Hi Steve. Thanks for your prompt response. Wow, what a relief knowing that this is genuine!  Yes, I bought this at the Icons sale. Of course, I'm not sure if I overpaid for this item... Juliens had appraised this one for $800 and I wound up paying over $3 grand.

As I mentioned in my earlier post, I am a beginner. Do you think it would be worth the money to get this authenticated by a third party so I have some proof of authenticity? All I got from Juliens was an auction tag , auction card and an invoice. No proof of authenticity ..If so, who is would be considered the appraiser with the best street cred when it comes to MJ memorabilia?

The other reason I was thinking of getting this appraised is that unlike other similar MJ award displays I've found online, this one does not indicate how many were produced. Others, I've seen state on the display that it is 1 out of 500 or a 1000 produced.

Happy to help. I'm not familiar with the awards, but others here no doubt are.

As long as the signature isn't a printed copy, then I don't think you have anything to worry about, and it looks fine to me. But if you want independent authentication, the top MJ expert is Roger Epperson (www.rogerepperson.com), who is the top modern music autograph expert and a member of this site. You can get a full authentication, where you send it in, but I don't know the cost. Or he can do one from image alone for $15, but it doesn't come with a COA.

This is The REAL thing.

THREE Genuine Michael Jackson signatures in which he uses the "two swoop" J in Jackson.

The 1st one is from an official limited edition Brett Livingston Strong lithograph that MJ officially signed.

The 2nd is an unofficial genuine Michael Jackson signature (in my humble opinion).

The 3rd, is genuine MJ, certified by PSA/DNA

I've included a video of a 1990 Entertainment Tonight "report".  Based on that, the painting was unveiled in January 1990, so the lithographs presumably were signed near that time frame, I would think.  What do you think?

I know Strong did the actual painting in 1989.

I will keep searching for an accurate date in which the lithos were produced/signed.