Great until they bone you. Bought a signed Paul Stanley CD and they sent me an unsigned one. No refund.

FYI, I had an issue with my Kiss order as well, I emailed in and they took care of me,

No problems with several orders since, so results may vary...

You too?  I had no problem with the KISS CD, but the Paul Stanley one, I got a plain ol' unsigned CD!

Yup they told me it was sold out. I ordered it IMMEDIATELY when it got posted and was advertised as first 500 orders. Then it was 1000. Then they changed the product to regular CD and added signed CD. Didn't bother reordering, thought I'd be okay

We’ve got a number of great upcoming shows booked and adding more as quickly as we can!

First up - this Thursday at 9PM EST, we have Prescott Niles, former bass player from The Knack (and current bassist for Missing Persons) signing copies of The Knack’s Live From the House of Blues on LP & CD. He’ll tell stories about his incredible life in Rock ‘n Roll like meeting Jimi Hendrix and recording with George Harrison…not to mention a couple of little Knack tunes called My Sharona and Good Girls Don’t!

Next Tuesday, August 23rd at 7PM EST, I’ll be hosting a return engagement with our good friend John Waite and talking about his new album, Singles, and taking questions from fans.

On August 25th, Dave Mustaine from Megadeth joins us to talk The Sick, The Dying... and the Dead! He has autographed CDs for fans and also has LPs and cassettes available for sale.

The momentum continues on Friday, August 26th when Ed Roland from Collective Soul joins us and talks about their latest release, Vibrating. The band has graciously autographed CD’s for fans as well.

We are super pumped to welcome exploding U.K. artist Yungblud to the show on Monday, August 29th at 5PM EST. He’ll be talking about his upcoming new release, the self-titled album, Yungblud, and signing copies for his fans. We’ll probably ask him how he got Ozzy & Sharon Osbourne to be in his music video and what it’s like to hang with Mick Jagger.

On Tuesday, August 30th at 7PM EST, I’ll have a conversation with Mike Campbell of Heartbreakers fame, talking about his latest album with his band The Dirty Knobs. He’s signed translucent green vinyl LPs for fans and he’ll tell us how it was making the new record and moving on from his long partnership with Tom Petty.

Stay tuned in September, where we’ll have more exciting guests including The Belamy Brothers on 9/12, Edgar Winter on 9/21 and Sammy Hagar/Michael Anthony on 9/28. More information on shows coming soon!

I'm hoping for some autographed Michael Jackson and Frank Sinatra!

Hey! Is there a reason why TalkShopLive website is now blocked for IPs outside of the USA? I understand if you cannot ship internationally but many of us, foreigners, were buying stuff from your channel with a local US delivery. Any chance to switch this so we can browse the website without using a VPN?

No dice, I wrote to them twice.

"Thank you for your continued patience and understanding as we have worked with our IT department towards a solution for you.

At this time, their recommendation is to use a legal and viable VPN to access our website, and change your location to the United States.

Please note that we are not able to support any drop-shipping or freight-forwarding orders, and are only responsible for our shipment of orders."

All Things New - CD Signed by Ingram Entertainment on TalkShopLive®

Multiple GRAMMY-winning artist Tye Tribbett releases his 8th album delivering more of the unparalleled blend of gospel, hip-hop, and worship music for which he first became known. Led by the #1 radio singles "We Gon' Be Alright" and "Anyhow," this album features appearances by PJ Morton, Mali Music, and Kierra Sheard delivered by one of Gospel music's most iconic artists.

(signed for $5 on his own site though- shhh... All Things New Signed CD – Tye Tribbett Official Store ) 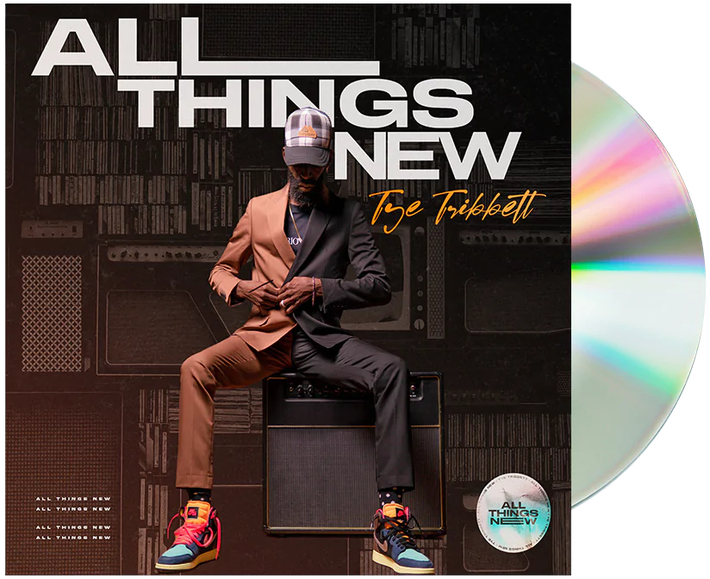