I would really appreciate your opinions on this Michael Jackson Autograph

I haven't posted since 2013, but I studied these forums because as a fan I would love to own a real MJJ autograph. I really need some help. I tried several times on my own, being pretty well prepared, but I failed.

First of all I would like to thank everyone in here. My visits have been really educating. I would especially like to thank steve for running this place and Wascher and Lizzie for the excellent work they did for the Michael Jackson Fan Community and the autograph world in general.

I hardly ever post on these forums, I've read all the extensive topics on Michael Jackson fakes, the juliens disaster and the Michael jackson artwork topics from beginnging to end included. I've been looking for a real Michael Jackson autograph some time now. Back in 2013 I was stupid enough to by some fakes and because back than I didn't had enough money to spent on an autograph I stopped looking. Now since a couple of months I picked up my search. Although I learnt alot from Wascher through this forum, I can now spot the obvious fake, but I still can't recognise the good forgeries from the real autograph.

So I ended up buying some fakes the last couple of months. Last purchase I was really sure I finally had a real MJJ sig. It truned out to be a copy. I will post on that matter in a separate thread so this copied signature is well documented. Hopefully it will protect people in the future. I found it on several items, although it really looks as if it is handwritten. It fooled several people whit exeperience and knowledge.

So honestly, as a fan all I want is one real MJJ sig. Once I have that I will leave the world of autographs, cause what a snake pit it turned out to be. The only positive thing about me buying fakes... They will get trashed and can never be sold again.

But honestly, it's nog my hobby. I find it rather stressfull really. I really want a authentic MJJ, but can you ever be sure?

Anyway, what do you guys think?

I think I've seen this exact one on eBay and iconicauctions.com several times and never liked it...

I would recommend to save some money until you can afford a real MJ one...

Bryan Ulrich from the signaturelibrary is a really nice guy and he will always help an MJ fan. The prices are a bit higher but worth it! You get a story to each piece. When and where it got signed. He remembers every single one.

Bryan is a good source. I purchased a few MJ items from him. He gave me a discount on all the items. I've spoken to him on the phone several times. Nice guy.

Did you purchase this?

@Daniel I can't find it on iconicauctions.com. THere is one with the same style of signature which came with a Roger Epperson LOA. The ones from Ulrich look nice, but the prices are insane if you ask me. I'm willing to spent a fair amount of money on it, though. Thank you for your opinion.

@Erik I consider buying it. It passed Roger Eppersons quite some time ago and I ran it by him again and am awaiting a response. I just want to have a good feeling on this one since I haven't had any luck with the ones I purchased before.

maybe I'm mistaking with iconicauctions...but I'm sure that I've seen it on an auction site..

Yes the prices are insane but you can contact him and I think he is open to offers. At least you know it is the real deal! Can't get a better provenance than this..

Thanks for the suggestion. I appreciate it.

I actually liked this one while comparing them with others, the ones Sandra Rose posted in the photo section of this place as well. 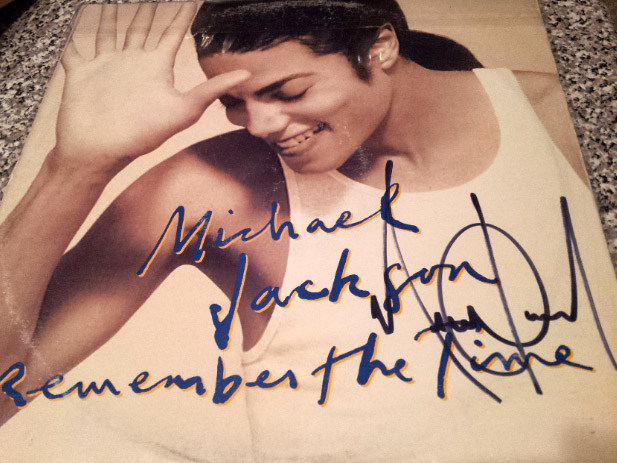 and one that also got Roger Eppersons approval: 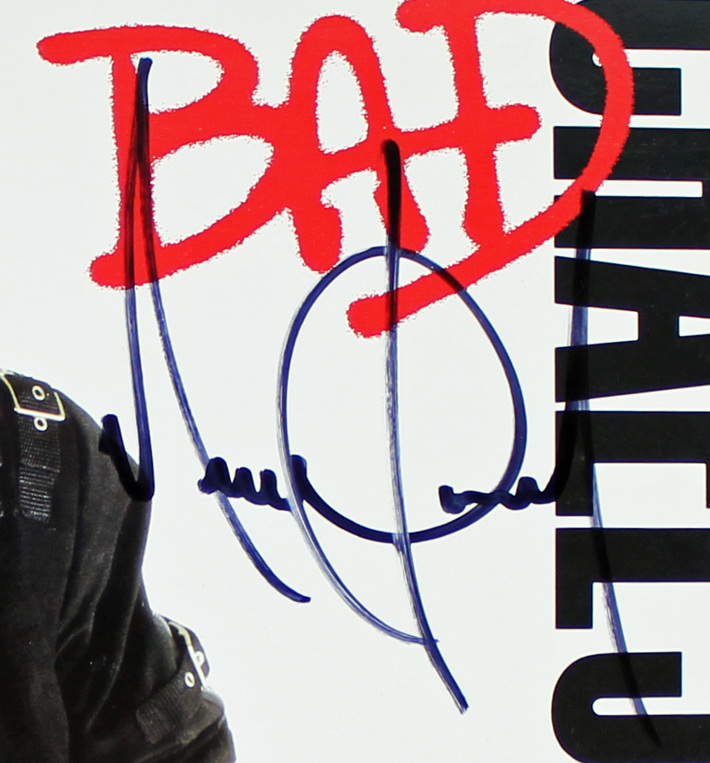 It passed a second quick service look by Roger Epperson.

I would appreciate some more input. What do others think?

Hi Lucas, I received your message. The sig looks good. You can trust Roger. He's the real deal.

I donated one of my MJ sigs to a worthy cause here in Atlanta a few years ago. The winning bidder doubted the authenticity and demanded his money back from the charitable organization. So, I requested a certificate of authenticity from Roger, and he responded quickly, certifying it as authentic. The best part is he didn't charge me for his services. :)

Thank you so much for replying in this thread. I really appreciate your opinon!

Very nice of Roger to give you that service and very nobel of you to donate one of your sigs to a worthy cause! In the spirit of MJJ!

How do you feel about this one? I think the one in the OP is likely real. There are so many great forgeries in this style and I miss them from time to time.