Athletes and Injuries -- The Autograph Edition There have been so many stories about athletes being injured in weird ways. A former major league pitcher I know (who once pitched a perfect game), once cut up his hand while chasing a friend around his kitchen. He slipped on the floor and was holding a mug that broke.

I’ve heard of at last two baseball players that ironed their jerseys – WHILE WEARING THEM!!!

If you’re interested in the weirdest sports injuries, I’m sure you can Google it. There are some great ones out there.

The most recent is one that can hurt autograph collectors.

Olympic swimming sensation Ryan Lochte, who snagged five Olympic medals, tore a ligament and sprained his left knee in Gainesville a month ago. This all happened when a teenage fan rushed him. He tried to catch her and they both fell down. She wasn’t hurt, but his knee knocked into the curb.

Lochte had been in Florida to train. He had been going there for years, after his time swimming for the University of Florida.

He doesn’t compete again until December 20th in Scotland, and he’s supposed to be recovered by then.

Lochte will be able to add this to his list of weird injuries. In 2007 he fractured his foot on a scooter. In 2008 he sprained his ankle chasing his dog. In 2009, he got a torn meniscus while break dancing (you never pop-and-lock days before the nationals).

In 2011, he strained his MCL by reaching for his cell phone in the back of his car. The one good thing about that injury is, it didn’t make NFL star Nate Burleson feel so bad. About a month ago, he broke his arm in two places while trying to catch his two large pizzas from falling off the seat. He caught the pizzas (he is a great receiver), but the car hit the cement median.

I’m guessing neither of these athletes will be signing autographs for awhile. I felt really bad for Lochte. He is such a nice guy. He goes out of his way to sign and take photos with everyone. I hope that girl feels as bad as she should. Every time I hear a story about a crazy fan or stalker, I cringe. It is hard enough to get celebrities comfortable enough to stop and sign without people like this making news and making life more difficult. Get well soon Ryan and stay the way you are. Unlike your comtemporary, Mr. Phelps. 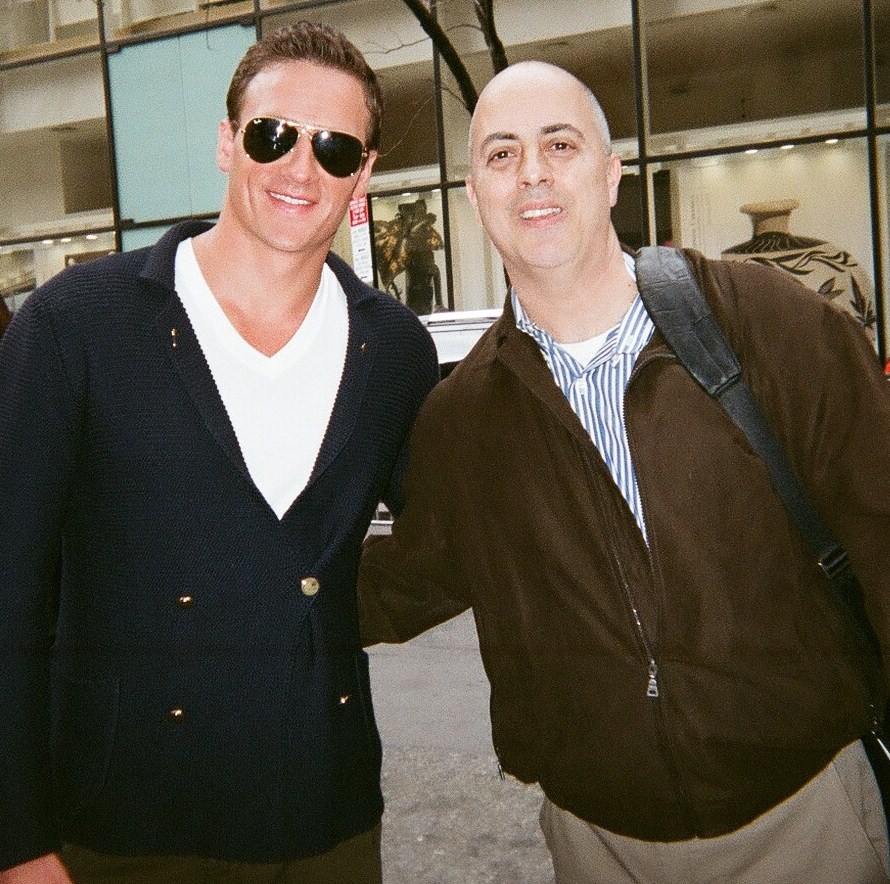