The one that involves a guitar I own is a bit frustrating. Mostly because it left me with an item that isn’t all that interesting to look at.

I had a guitarist friend that once smashed an acoustic guitar in a drunken rage (gotta love combining alcohol and musicians). He was going to throw it away afterwards, and I decided to keep the neck of it. A year later, I was going to an event Chuck Berry was at, and thought it would be cool to have him sign it. He did that, including his signature smiley face. I later got B.B. King to sign it, simply because I didn’t own any King albums or CDs and it was all I could think to bring to the venue.

Looking back, I wish I would’ve just brought albums for those guitar legends to sign.

Here in San Diego, one of our former locals that made it big in music was Stephen Bishop (On and On, Somethings Telling Me it Might Be You, Save it for a Rainy Day). He did a really interesting book called “Songs in the Rough” that shows the handwritten song lyrics from various bands, and has them discuss how the tunes were written. I noticed the back of the book mentioned The Doors, but nowhere in the book did it have a Doors song. I send the publisher a letter asking why (I was mostly curious). Imagine my surprise when Bishop sent me a handwritten letter explaining that at the last minute, they couldn’t get the rights to put it in the book.

A month later, he sent me a Christmas card.

At a book signing in town, I got my copy of the book autographed. Bishop did songs for two of the best comedies ever made -- Tootsie and Animal House. Not only did he do a few songs for Animal House, but he plays the hippie singer in the hallway who croons a horrible ballad. John Belushi stops, listens intently, before grabbing the guitar from him and smashing it against the wall. I told Bishop, “You should’ve kept that guitar. It would be a cool piece of memorabilia from the movie.” He laughed and said, “Not only did I keep it, I had the entire cast sign different pieces of it.”

A friend had a grandfather that was in the 1936 Berlin Olympics. He was a swimmer, and also an amateur guitarist. He had one of his guitars signed by many of the athletes there, including the most legendary Olympic gold medalist in USA history -- Jesse Owens (side note: a movie is coming out soon about Owens and that Olympics).

I asked what happened to the guitar and my friend put his head down said, “Well, my grandmother told the story all the time. My grandfather got drunk at a bar with friends (musicians and alcohol again), and it came up that he was a swimmer in the Olympics. For some reason, that inspired him to fill the guitar up with water. It ended up falling apart into many pieces, waterlogged on the floor of the bar.”

I hate to think how much a piece of Olympic memorabilia like that would be worth today.

Anyway, what got me thinking about these stories (some of which I’ve told on this website before), was the story in the news from The Hateful Eight. Similar to the scene in Animal House, Kurt Russell listens as Jennifer Jason Leigh, as prisoner Daisy Domergue, plays a song in Minnie’s Haberdashery -- a bar/general store that a few folks are stranded in during a nasty blizzard. The lyrics are rather nasty towards John “The Hangman” Ruth, who’s the one bringing her in. He decides to smash the guitar and end the performance. There’s one small problem, though. That guitar was on loan from the Martin Guitar Museum. It’s a six-string from 1870.

The reports on what happened have varied. Some say Russell adlibbed the the scene, grabbing the guitar and bashing it into the beam. Others say it was part of the scene, but that that guitar was used as a model for the few replicas recreated for the film. They say Russell just grabbed the original accidentally instead of the replicas. The original has been ruined beyond repair.

The museum is naturally angry about the whole thing, and vow to never let guitars be used for any movie ever again. They say the guitar was priceless, but I’m guessing...The Hateful Eight had some kind of insurance and if not, Tarantino has a lot of money. They’ll surely be compensated for what it’s worth. 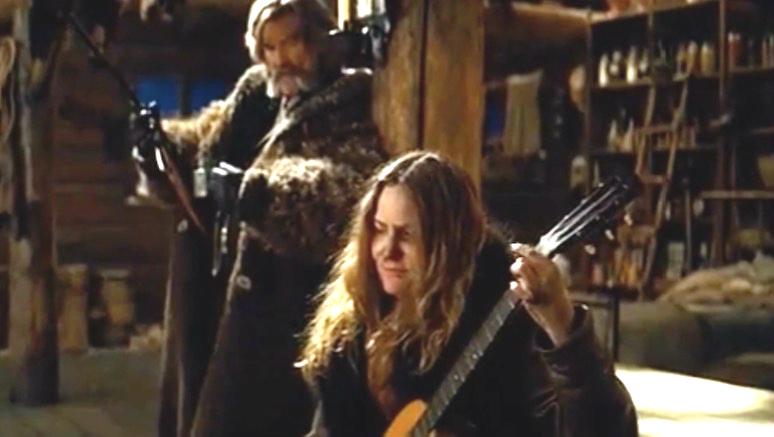 And saying that they won’t let movies use their guitars anymore, reminds me of yet another Animal House story. It was filmed at the University of Oregon. The dean was asked why they’d let such a raunchy movie be shot there. He said something along the lines of: We were given a script years ago for a film that wanted to use our campus. We felt with the sex scenes and the subject matter, it was something we should pass on. That movie was ‘The Graduate.’ And at that time I vowed to never turn down a movie that wanted to film on our campus again. The next time that came up, it was Animal House.

And the moral of the story?

Let people shoot movies anywhere, just don’t let them use valuable guitars. Oh, and don’t fill them up with water, either. 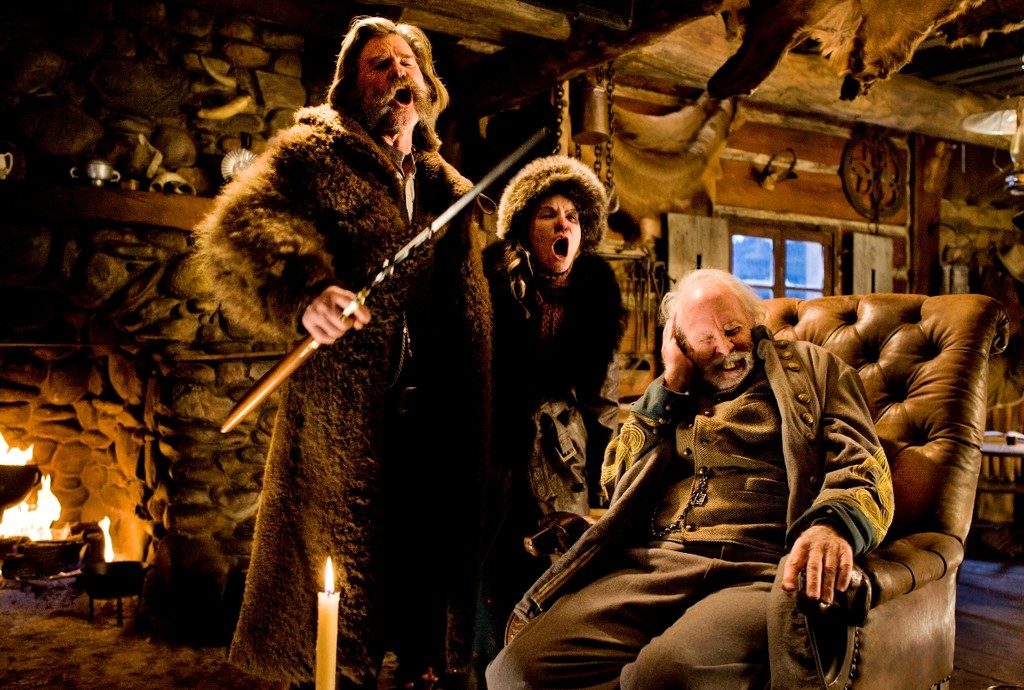 I am not sure if it was one of those VH1 or MTV specials, but it was definitely a "where are they now" kind of segment. Stephen was interviewed in his home or office, not sure which, and hanging above a doorway was that signed smashed guitar, with a big beautiful John Belushi graph. It has been on the top of my "If I hit the Lotto/Powerball?" purchase list, for as long as I have known of it's existence.

Great Blog piece.  Would love to own that Belushi graph.  I remember seeing Belushi in NYC getting out of a dirty looking limo with a scroungy looking driver  with Belushi looking worse then both the limo and his driver.  I had to laugh, what a waste of talent, I certainly miss him.

Wow! Thanks so much for posting that, Micko. For some reason, I envisioned it looking cooler. For example, various broken pieces, and each piece signed by a different actor. One signed by Donald Sutherland. One piece by Belushi. Another by Tim Hutton (wait, was he in Animal House?)