A few random Hollywood autograph stories I thought I’d throw into one blog.

First, the new Joker movie (which was surprisingly disappointing. My review here: https://fox5sandiego.com/2019/10/02/joker/ ).

There was a great autograph scene in it, though. Sort of. When the Joker (Joaquin Phoenix) approaches billionaire Thomas Wayne (father of Bruce Wayne/Batman) in a bathroom, after sneaking into a ritzy theatre dressed as a bellhop...the man is at the urinal. He turns around and snaps, “What do you want?” And as he zips up his pants and walks to the sink, says, “Did you want an autograph or something?” 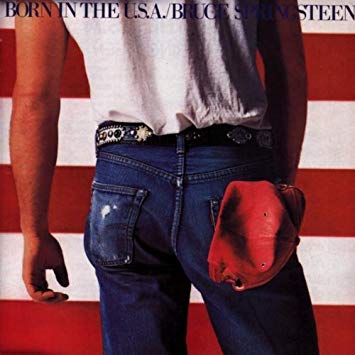 Now, I’ve been telling you guys you should watch TMZ. I know it’s Hollywood gossip, but they get so much footage of stars signing autographs. And the writers have some funny lines. The last one they did showed Bruce Springsteen coming out of a building. There were about 25 autograph collectors/dealers standing outside. They started singing Happy Birthday to him. He smiled and raised his hands up. He signed autographs for everyone. One person had the “Born in the USA” album. Others had photos. The TMZ reporter asked what he thought of Jennifer Lopez and Shakira being the half-time show at the Super Bowl. He said they’d be great. But really, what else is he going to say? 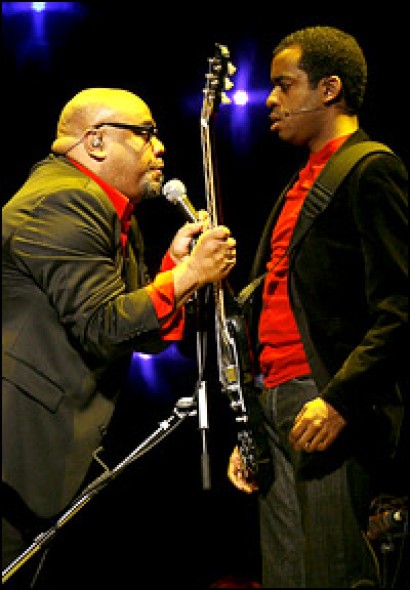 Now, I have a love/hate relationship with Spike Lee. Okay, it’s mostly hate. I like some of his movies, but most aren’t very good. And I found his behavior deplorable at the Oscars, when he stormed out when Green Book won for “best picture” (his disappointing movie Blackkklansman, had already won “best screenplay” so I’m not sure what his problem was). I met him outside a theatre in New York, and he couldn’t have been more rude. We were at a mutual friends play (Passing Strange, done by Stew...the best songwriter nobody knows). Yet this story involving Lee did warm my heart, because I like when people can appreciate memorabilia.

He’s a huge fan of the New York Knicks, and he has a collection of items from that team. He bought 13 more items at a recently auction, from the family of late Knicks coach Red Holzman. SCP Auctions sold 35 items (that netted almost $320,000). Lee was able to get the used net from the Game 7 of the 1970 NBA Finals, which the Knicks won. Holzman was also the “coach of the year.” I’m guessing the net was cut down by the coach, too. Not only is Lee a huge fan of the team, he was at that game at Madison Square Garden as a 13-year-old. He talks about it being a great memory, and for those that know sports history...that’s when their center Willis Reed was hurt and couldn’t play, but he tried to come out limping. He scored the first 4 points of the game, which made the crowd erupt. That was enough to inspire the team, which went on to beat the Lakers.

One thing Lee didn’t get was Holzman’s championship ring. Perhaps that was out of his price range. It went for $107,482.

Here is the clip of Springsteen signing. I saw it looked like he was signing so I clicked on it the other day. There is an Asian dude that looks like he got one album done and is trying to decide if he should go for another or get a pic. He gets the pic. A real pro pulls off both lol.


As for Spike Lee, man what a POS. Always has been and always will be.

Have you had run-ins with Spike Lee? He's always a jerk. Even in interviews, the things he says and his attitude. Jordan Peele (who just signed a $500 million movie deal), tells a story, that's rather telling about him and his attitude. He was at a film school and Spike Lee was a guest speaker, and was a jerk to the crowd and you could tell he didn't want to be there. He knocked every question students asked, even Peele's question. Lee told him years later, "My girlfriend went to that school and she insisted I do it, so yeah...I didn't want to be there." I mean, really. How hard is it to fake enthusiasm, or hell, have real enthusiasm, when talking to students that love the craft you're involved in.

No, his reputation is widely known and often discussed. Everyone that meets him walks away with the same impression. Funny you mention Peele. I don't think he's much better.

it seems the boss would awesome to meet!

Spike Lee is a rude racist and obnoxious person. I had the displeasure of not only seeing his horrendous film “Red Hook Summer” opening weekend with him doing a Q&A, but the man flat-out ignored anyone and everyone who wasn’t black asking him questions. He literally went above and beyond to ignore. As soon as the Q&A ended, he shook hands/interacted with a few folks but when a few collectors approached him Spike snarled. Truthfully I’ve never seen someone be so overtly obvious with their racism-honestly it was almost on par with what you see in the movies, but without the racial slurs. I’ve had several instances to meet him at low key events and at least (3) signings but after that experience I said- NO THANK YOU- and avoid his movies at all costs.

When I told this incident to another LA collector years later, he informed me of his bad experience during a “Do The Right Thing” signing and was accused of “cutting the line” because he was white. Not only did Spike skip him in line (initially), but made two other people “jump ahead of him” because “there was no way he was a FAN.” This collector who was a fan eventually and begrudgingly got his book signed, but he later went home and sold all of his Spike Lee movie memorabilia, including his DVDs, as a result. His experience was the perfect example of the cliche, “Never meet your idols.”

During the campaign trail, Spike signed and “played the game” to get his competitive Oscar for “BlacKkKlansman,” albeit only winning with Best Adapted Screenplay. Still friends who met him said, he is just as big of an a****** and obnoxious as you can imagine unless “you look a certain way.” So disgusting

I interviewed Robert Townsend once, and we talked about Lee being an idiot. Apparently, Lee called him to give him crap for not hiring an all-black cast of people (cinematographers, lighting, etc.). He said, "I have a budget, and I'm hiring who I know or have worked with before."

The worst moment of Lee's racism, is when he posted the address of a person who said something against Obama (I believe, can't remember exactly). But he posted the WRONG address, so instead...an elderly couple had people show up at their house making death threats. The couple sued and...promptly got a big pay out from Spike for doing that. I think they may have even had to move.

It’s funny Spike will play it up for the cameras, but his behavior certainly shows his true nature.

I love the fact that -- GREEN BOOK -- which I felt was the best movie of last year...when it won the Oscar, Spike Lee said the Academy "made a bad call...like the refs at a Knicks game." Yet, that same Academy, named his movie "best screenplay" (which it was far from). So....the "refs" get it right when it goes for your team, but not against your team????

Green Book felt like Driving Miss Daisy so I can understand why Spike was mad. However, considering what a (Fill in the blank) he is I thought it was poetic justice he does get his competitive Oscar and still loses Best Picture to an “almost identical” film for his best film. That’s beautiful karma!

It is easy for people to say Green Book was like Daisy, but they're NOTHING alike. That's like when people said The Black Crowes were the Stones, or the White Stripes were Zeppelin. Nope. Only similar in small ways.