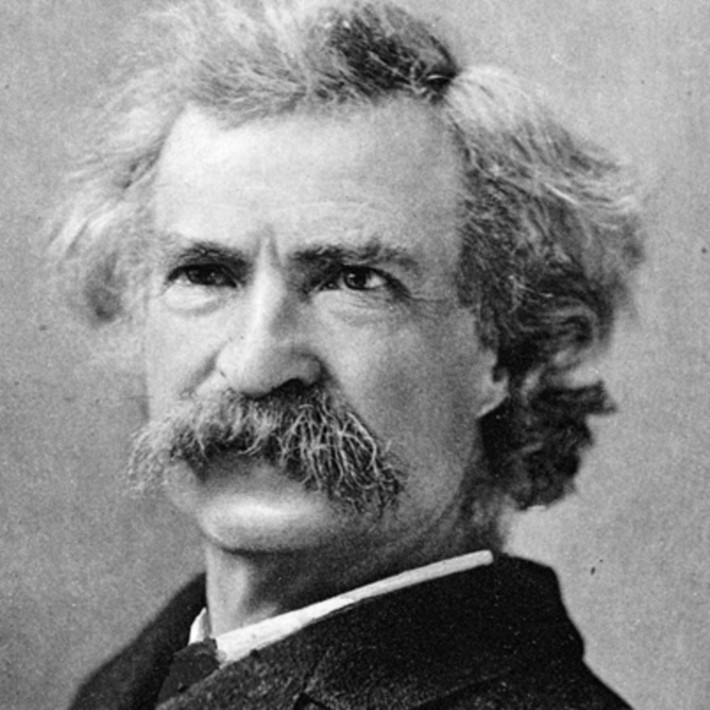 This is one of those unique autograph stories that I always like uncovering. Well, I didn’t “uncover” it, two Mark Twain enthusiasts did. They spent over 20 years examining this Missouri cave that was made famous in “The Adventures of Tom Sawyer.” It’s a cave where Sam Clemens and his friends played in. It was the mid-1800s, and just like how kids carve their names or initials into trees...or write them in wet cement on the sidewalk...he signed his name on the wall. Now, up until 1979, people scrawled their names in the cave near the Mississippi River near the outskirts of Hannibal. At that time, it was named a National Historic Landmark, and writing on the wall was prohibited.

The limestone walls had thousands of signatures, and the names were done in paint, pen, berry juice, candle wax, and pencil. And “Twainiacs” had spent a lot of time looking for the Clemens signature. It was signed in pencil. They promptly took a rock pick and carefully broke off the piece with his signature, and they plan to put it in a museum before selling it on eBay.

Oh come on, I’m just joshing! Did you miss the part where I said it was named a Historic Landmark? It took a high-resolution photo to see “Sam” etched in pencil at the same place, which proves it was him and not a relative with the same name.

Of course, all of you autograph collectors reading this want to know more than just if the name Sam appeared with “Clemens” but...does the signature match. Well, experts were brought in to examine it after it was discovered months ago. They all agree this is the real deal. Which makes the autograph hounds howl at this discovery like an archeologist finding animal drawings from cavemen.

Since Clemens left that area when he was 17, it’s easily the oldest signature of his around.

I’m not sure if you show up, if you’ll be able to see the section with the signature. The cave is among the most popular tourist sites, drawing hundreds of thousands of visitors each year, all willing to pay $20 for a one-hour cave tour. But the good news for you autograph fans -- Twain isn’t the only famous signature on the walls. In 2012, someone discovered “N. Rockwell”, which was close to where artist Norman Rockwell sketched in the mid-1930s. There’s also an autograph of outlaw Jesse James, who hid in the cave with his gang at one point. That has the date Sept 22, 1879 on it.

Fascinating.  You did in fact uncover the story, Josh.  Just not the autograph.  Thanks for sharing.

Love this.  Thanks for sharing.