Meeting a Rock and Roll Hall of Famer 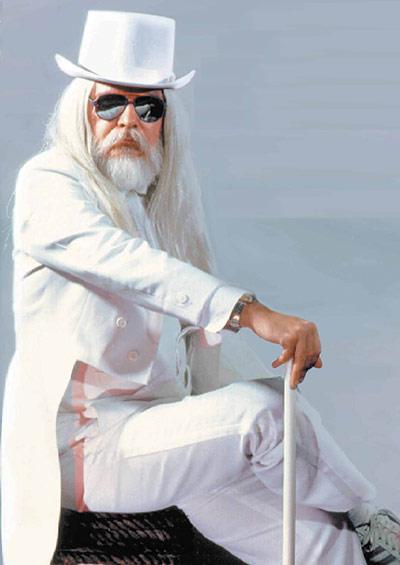 I love classic rock bands. The one thing that doesn’t work for me is when I’m not a fan of the vocalist. I might lose a lot of cred when I say I’m not a Bob Dylan fan, but I just can’t take his voice. Sure, he has a few songs I like and his “Blood on the Tracks” is one of the greatest albums ever (I bought an autographed copy at auction years ago).

So when I was in 11th grade and dating a woman many years older, she tried turning me on to Leon Russell. She brought over four of his albums and I hated almost every song. Well, I did kind of like “Tight Rope” (It was a top 10 hit), and the ballad “Lady Blue” wasn’t horrible. I was hardly a fan.

I later found out he was in Joe Cocker’s “Mad Dogs and Englishmen” as the keyboardist.

As a teenager, he played in nightclubs in Tulsa that he was too young to even drink in. He moved to L.A. and became a sought after session musician in the ‘60s. He played on tracks by Ringo Starr, Ray Charles, Eric Clapton, The Beach Boys, Byrds, Willie Nelson, Dylan, The Rolling Stones and many more.

He had some success as a songwriter, too. He wrote “Everybody Loves a Clown” and a few other hits for Gary Lewis and the Playboys. He wrote “Delta Lady” for Joe Cocker, and “Superstar” performed by Rita Coolidge and later covered by The Carpenters, Luther Vandross, and the punk band Sonic Youth.

It’s surprising that fairly recently, the ballad from his first solo album in 1970 (“A Song for You”), was covered by Christina Aguilera and Amy Winehouse. It had previously been covered by over 30 big names, including Whitney Houston, Peggy Lee, Ray Charles, The Carpenters, and Helen Reddy.

When I dated a woman years later that loved George Benson (we snuck backstage, and had him sign lots of stuff)…I was surprised to find out his Top 10 hit “This Masquerade” was originally a Russell tune.

In the late 70s, he joined forced with Willie Nelson, and scored a #1 hit on the country charts with a duet of “Heartbreak Hotel.”

Yet despite all that, there was a time 15 years ago I saw him perform at a club with 26 people in the audience. Tickets were only $13!

I had him sign a few albums after the show. Yet Elton John has always said in interviews he was his favorite, and he helped rejuvenate his career by doing an album with him called “The Union” (I bought it, and was rather disappointed). A few years later in 2011, Russell made it into the Rock and Roll Hall of Fame. He’s now playing bigger venues, and I saw him the other night playing to a crowd of about 800.

Perhaps now that he has more fame, and he had a health scare (a brain fluid leak and heart failure), people realized this legend might not be around forever.

I read a story about a show of his recently in San Antonio that resulted in a tour bus being broken into and $5,000 worth of equipment stolen. It’s stories like that autograph collectors hate to hear. It means security gets tougher when they see us hanging around waiting for a signature.

At the show I saw a few months ago, I did what you should always do. I asked the woman at the merchandise booth if he’d come out after the show to sign autographs. She smiled and said, “I asked him, and he said he’d go to the side of the stage and do it.”

That’s all I needed to hear. I bought one of his CDs for $20 bucks.

The show was really good, and he sounds better live than the records. He seemed to have trouble walking, and even joked about how he was supposed to do an encore, but it’s hard for him to walk backstage and then walk back out, so he stayed there and did the encore songs.

He told a few great stories during the concert. One of them was about how he hates people always coming up to him and asking stupid questions (those are things autograph collectors hate to hear, because it makes the artist less likely to want to interact with the fans). Of the stupid things he’s been asked, one of them was, “Why did you marry that black girl?” [He married Mary McCreary, a great soul singer that used to back up Sly and the Family Stone]. One story that broke my heart, was about the green top hat he used to wear. He said that Gram Parsons gave it to him, and he wore it all the time. Once at a party, it was getting thrown around and somebody sat on it, and it started to fall apart. It was at that time, a card came out from the top of it that said, “Al Jolson’s hat from The Jazz Singer.”

He didn’t realize that, or he would’ve taken better care of it. Afterwards, he didn’t come out, but he sent somebody in his band to collect the things the 10 of us standing around had. Of course, the guy said: “He’s only going to sign items you bought from the show tonight.”

That got two women, one with pants painted with his face on them, to run to the merchandise booth.

He signed “Leon” on our memorabilia, and they were brought back to us.

A great time was had by all.

I have no clue where that old girlfriend is now, but I’m glad she introduced me to somebody I would’ve never known much about. 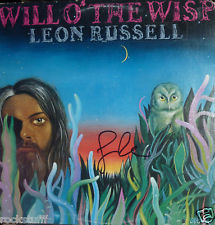 Comment by Paul on December 2, 2014 at 2:02am
Josh you always post great blogs. Leon a legend. One thing you didn't mention was the concert for Bangladesh he played. I also believe he had his own record label at one time.

Good story!  Leon played the Kent Stage in the summer of '13.  He went right to his bus after the show. and there were maybe 10 people waited to get some things signed.  A guy comes off the bus and said he would take 5 items back at a time  to get signed.  I only had my Rock N Roll HOF 16x20 with me, but he took it back and came back a few minutes later signed.  I'm sure it's legit.  Even though I didn't "meet" him, I still got an authentic autograph.

Thanks for the kind words, Paul. As to why I didn't mention Bangladesh, simple. I FRIGGIN FORGOT!!!! Hahahaha...I even own that 3 album set. In Eric Clapton's book, he talks a bit about that concert, and doing a benefit with John Lennon. But also, something to keep in mind is this. When I'm writing a piece like the one above, I don't want to do 5 pages of info on who they are. Interested parties can either Google, or they already know his resume. I try to give a little bit for those that don't know Leon Russell from Leon Spinks, so they can at least get the idea the dude had a few hits, what he did, etc.

Usually if somebody comes back to take your stuff backstage to get signed, it's legit. Now, one time at John Lee Hooker, they did that. It came back fake, not looking ANYTHING like JLH signature (who printed his name, and rather messy). But...if they don't want to sign, it's simple. They DO NOT have to even bother sending somebody out to get the stuff!! That's how you know it's probably legit.

Annie Lennox dissed me and my friend (the only two there), but a woman came back and said she'd take one item from each of us. Unfortunately for my homeboy, he only had a microphone. She refused to take that, saying "Nothing like that, or no instruments." I only had one of her solo CDs, so...I got it signed!

Comment by Xwiesy on December 9, 2014 at 7:01pm
Great post, we can forgive you not liking Dylan. He's an acquired taste, which if I'm being honest, is why I find it odd you like Leon Redbone. Now that guy can't sing.

And I can forgive you, for calling him Leon Redbone (it is RUSSELL!!!!!). That being said...neither have good voices!